Interview: Self Defense Family Talk About Keeping The Music Fresh

After interviewing Patrick Kindlon from Drug Church last year, I caught up with him again to talk about his other project, Self Defense Family, which has an awesome new record, Try Me, out right now.

When I interviewed you about Drug Church you’d said that that band was “idiot punk music.” I just liked that description and that people shouldn’t take it too seriously. What about Self Defense Family? How do you view what you do with this particular band?

Self Defense may still be punk, but it’s not quite for idiots. It’s for snobs, dickheads, and people who believe themselves more informed than others… in short, a reflection of the people who make the music. We do any old thing we want to do, record to record, show to show. Our model has been intentional failure in exchange for no expectations from the audience.

You started this off as “End Of A Year” a long time ago. Can you give a brief description of how the band started in the first place? And also how did it become such a collective thing with so many members and rotating personnel?

Do you take different approaches when writing for the two bands or do you just come up with something and say, ‘oh that’s definitely for this project,’ or something along those lines?

I typically write in the studio, immediately after the song has been tracked. I just take whatever it makes me feel and put words around that feeling. I think it works, because aside from tics I have as a writer, the content is entirely different from one band to the other.

This is the fourth record for SDF. Do you see much change/progression from album to album?

This one has some real throwback moments on it. I was surprised when those elements bubbled up during recording. But, typically, I do see a change album to album however minor that change may be. I don’t think we’ve taken any huge stylistic leaps, but we do quietly erode one approach in favor of another.

You’ve done a ton of singles and EPs. Do you enjoy that shorter format more or just like putting out stuff in between full-lengths?

I enjoy a shorter format. LPs inspire fixation, while singles and EPs motivate a sort of mania. It’s nice to do an LP from time to time, but I like the creative sprint of shorter formats.

Do you do much touring with SDF? For those who haven’t caught you live yet, what would you say the experience is like?

We don’t tour unless we spend a lot of someone else’s money on an LP and we feel obliged to sell it. Some of us love touring, others just like it ok. But we all like to play live. And we’re good at it. But I should mention that our nightly performance is a direct reflection of our day. If we’re stressed, you’re gonna be stressed watching us. If we’re sad, you’re gonna be sad watching us. Confrontational, happy, etc. It’s very much in its moment.

And about playing out, you seem to have a lot of material. Is it hard choosing set lists or do you try to focus mainly on the new songs at the time?

I always lean towards new songs, but some members have love affairs with older songs. It varies quite a bit.

What about the long interviews of  “Angelique One” and “Two”? Have you ever done anything like that before? What prompted including that?

We actually have done something like that before, but it never saw vinyl. We may revisit that idea next year, so I’ll keep it a secret for now. The two tracks you mention are the inspiration for much of the record, and 100 percent the inspiration of the thrust of the record. It seemed foolish not to include them.

One more about specific tracks─“Apport Birds” has really become a personal favorite (there’s just something so gorgeous about it) in part because of the dual male-female vocals. Can you discuss that track (how it came about, your feelings about it) and if that’s something you’ve incorporated on previous material?

We’ve got a number of female members, all of whom are capable vocalists, regardless of what they may say. Both live and on record, you’ll hear female vocals from time to time. We recently recorded a duets record that features my voice and Caroline Corrigan’s voice clashing over some weird Neil Young inspired tracks. The song you mention is upsetting for me because it’s about my dog. Unfortunately, I still don’t think I nailed the emotion I have on the subject, but maybe that’s the way that’ll be forever. 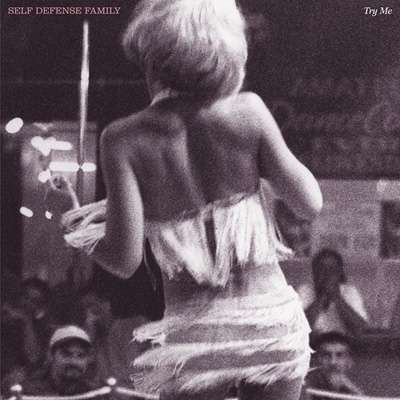