The new album Origins places a lot of emphasis on Celtic mythology and folklore. Is this mere interest or more of a spiritual expression? 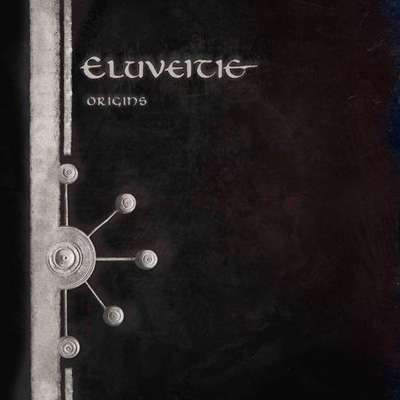 Probably a little bit of both. But basically, it’s a deep interest in and about showing respect for the culture of our ancestors. Personally, I study Celtic culture intensely, since many years. But to me (and for Eluveitie) it was always very, very important that everything is scientifically substantiated, we always worked thoroughly and in cooperation with diverse scientists from different universities. And the same is true for Origins. In fact, we never put so much work and effort in the lyrical concept of an album like this time, actually (it’s not the easiest topic to deal with). However, to come back to your question, I think the deeper you dig in history, the more you’ll realize how close it actually is, or in other words, how little we humans actually changed. And the deeper you dig in Celtic mythology, for instance, the more it kinda affects your own spirituality, I guess.

What response are you seeing from the single “King”?

The response has been absolutely overwhelming so far, seriously!

The single is heavy on the Celtic sound. Can we expect the remaining tracks to be similar?

I wouldn’t call the other album tracks “similar.” I believe that every single song on Origins has its own “face,” its own soul, if you want. But no, it wasn’t a conscious effort to kinda write a “specially heavy and still folky” track to be the single output! That’s not the way we think. When I write our songs, I don’t model them after certain expectations or purposes. They rather just grow (or fall into place) pretty organically and out of intuition. We chose “King” to be the first single output because we believe it represents the music of Origins – the album as a whole – pretty well.

What is the purpose of the instrumental solo in “King”?

Well, as mentioned above, the songs rather “grow on their own” in my twisted head. On one hand, we just wanted it to rock. I mean, it’s just a traditional Celtic highspeed reel, and this just does rock. A lot. And it’s a lot of fun to play (and a little bit of hell too). The song deals with an impressive person in Celtic history – the high king Ambicatus. Especially with the vocals, but also musically, I tried to capture the vehemence, the power, and the majestic grandeur of this historical figure.

Eluveitie is touring both North America and Europe this fall. What’s the difference in fan bases in America versus Europe?

Honestly, actually not that much. I mean, don’t get me wrong, of course there are different cultures. People in Portugal are mentality-wise partly quite different than people in Norway, for instance. And Bavarians are different than New Yorkers. Sure. But honestly, I think if it comes to metal, if it comes to a metal concert, people come down to the same one thing, no matter where they’re from. Our concerts actually feel quite similar, no matter if we play in North America or Europe, in Asia, Australia, or South America. To sum it up: our fans just rock – anywhere!

Will you be adding anything special to your live performances after winning the Swiss Music Awards’ “Best Live Act National” this spring?

We’re constantly working on our live performance, actually. We always wanna give 120% and we always wanna grow and become better in what we do. The Swiss music award doesn’t affect this too much. We’d feel, think, and work like this anyway.

How was working with newly recruited violinist Nicole Ansperger?

It was just absolutely awesome! She’s simply an incredible fiddle player and musician. Her playing is very energetic, and this is something you’ll definitely hear and see during the upcoming tour – Nicole’s not taking prisoners!