Interview: Hands Like Houses on being a part of Warped Tour, being signed to an American label, and ‘Unimagine’

It is an experience like no other: touring the open road, waking up in a different city every day. A fantasy so many kids grow up having while enjoying their favorite bands, wishing they were as lucky as their idols. Fortunately for 6-piece Hands Like Houses from Canberra, Australia, they managed what so many of the bands they aspired to be did: gain a recording contract to one of the best rock labels in America and hit the road on this year’s Warped Tour.

Hey guys, thanks for taking some time out of Warped Tour to chat with us, how is your first Warped experience treating you guys?

No worries! Warped is definitely challenging and rewarding all at once, a lot to learn but we’re settling into it and looking forward to the rest of it! Been some fantastic responses in places we’ve been a few times, and some incredible ones in places we haven’t. Very cool, it’s a great feeling.

What was your motive for becoming an artist and if you were not a musician, what would you be doing with your life?

I think for us it was a fairly natural progression into becoming ‘artists.’ Initially we were just friends wanting to play in a band, if for no reason other than to make some music and emulate the bands we looked up to. I guess the artistic side came as we got the opportunity to take it somewhere and we started to grow up as a group, and individually within that group. As far as what else? I know a few of the guys were doing teaching degrees when we started touring, or working in schools. Since we’ve been in the band at least 4 years, it’s hard to imagine life without it. Obviously every chapter has its end and we’ll figure it out from there when that day comes, but in the meantime it really does take up the majority of our lives so it’s hard to think what we’d do without it!

What keeps you going, in terms of being a musician, touring and being away from home?

For me personally, it’s the opportunities, to perform and to write, refine and produce the music that keeps me going. We also enjoy travelling so having the means to see much of the world via music is a pretty cool opportunity in itself. That said it is definitely a huge task being away from partners, family and friends so we really do want to make every chance count so the time isn’t wasted. 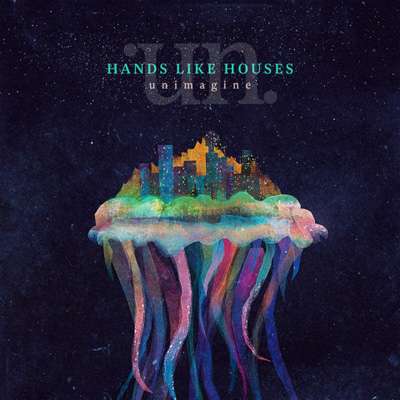 What are the downfalls of being signed an American label when you are from a completely different hemisphere?

Truthfully, it’s not so specific to label – the main difficulty of being from the other side of the world is simply the cost of operating – including flights and visas, it means we start every tour twelve grand in the red before we’ve played a show. It also places restrictions on our gear and merch, such as voltage, flight baggage allowances and import taxes. We are in a great place momentum wise, but where an American band would probably be making a bit of money at this point, we’re still just scraping through. Thankfully it’s a bit less desperate each tour!

How do you get ideas for songs, both lyrically and musically? And what message, lessons or emotions do you hope your fans take from your music?

Every song comes out of its own place, sometimes a cool word or phrase, sometimes a metaphor, sometimes a message. Particularly for this album, I had the overall theme of ‘un-‘ as a foundation for every song’s context and content. As far as music, often we come across a part in a song by a band we listen to, and think ‘this part is rad, how could we write something new but capture that same idea or energy?’ and other times we just play together and things happen naturally. In some ways, I don’t want to convey a ‘message’ in lyrics – while messages are definitely there, sometimes it’s an encouragement to myself as much as to anyone else who listens. Most of the songs on Unimagine (as well as Ground Dweller) are my thoughts while trying to construct some sense and stability out of a chaotic world. I hope that people do take some positive reinforcement out of those ideas, but I wouldn’t say it’s the core intent of what we write for.

How does your crowd response compare in the USA versus Australia? Which of the two would you say you have a larger fan base in?

We’ve only really had limited touring opportunities in Australia – we are actually very ‘young’ there in industry terms. By the time we had a record to tour off the back of, we had opportunities lining up in the US so we still have a lot of work to do to make up for lost time! So the US is definitely our larger fan base but Australia is definitely home and always will be, so we’re hoping the new album will definitely give us greater opportunity to spend time on the road at home. Honestly, regardless of size, we have fantastic fans everywhere we’ve been and every time we go some place new there are still people singing back every word like we’d been there a thousand times. It’s one of my favorite aspects of touring. 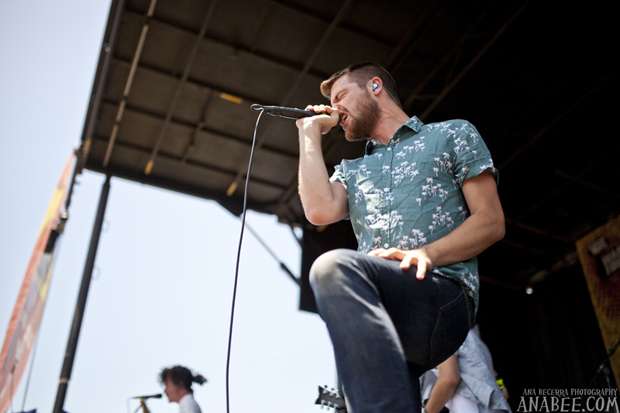 What did you decide what label to sign to, as I’m sure there were offers from more then one label? What were some of your other label choices beside Rise and how did you feel when you learned that Rise was interested in the band?

We had a number of discussions before signing with Rise, but many of them fell by the way for various reasons. It was a very tough time with a lot of mixed emotions and a lot of anxious waiting. I’d rather not go into explicit detail as I’m not one for holding onto disappointments and ill feelings, but when Rise offered to pick us up, it was a massive weight off our shoulders. They believed in us, and while they weren’t the only offer we had, they were by far the place we felt most welcome and most valuable and were in the best position to get us out there.

Would you ever let other bands or labels influence you to change who you are as individuals as well as your music and as musicians?

Absolutely not. Despite this annoying public misconception that Rise have implicit creative control over their bands, at least for us, that couldn’t be further from the truth. They have trusted our own sound, direction and intent from day one, and have let us grow on our own. That said, we do take influence from the bands we enjoy and look up to, musically and personally so if you take out the negative connotations of ‘letting ourselves be influenced’ then absolutely yes, we are always open to influence from bands we respect and enjoy, but as inspiration rather than control or change.

How do you think your fans will react to your new album? How does Ground Dweller compare to your upcoming album lyrically and musically?

I sincerely hope that our fans enjoy Unimagine as much as we do – the feedback on the two songs so far has been fantastic. We like to think the new album has grown naturally out of the last one – we approached it wanting to write something that was focused and deliberate in everything, lyrics, music and direction. We held back on the intensity we pumped into Ground Dweller, to allow a more emotionally engaging performance and composition. We wanted the music to breathe and I really believe that we achieved that. Diversity is always important in our music, and there are some songs that could easily have been included on GD while others have their own soul and balance more akin to a rock or progressive album. We hope it speaks as a whole, but mostly just can’t wait for the whole thing is out so people can enjoy it in full.

Anything else you’d like to add before we take off? Otherwise enjoy Warped, it’s a great time and a phenomenal experience, thanks so much for your time and take care guys!

Thanks for your time! As always, we’d love to see everyone we can out at Warped tour – the support we have in attending shows, buying merch and sharing our music always has and always will be the only thing that makes it possible to continue. Hope everyone is stoked on Unimagine!

Make sure you stop by the Domo stage at the Vans Warped Tour to check out their set and also pick up a copy of their new album titled Unimagine available in stores and on iTunes July 23rd!

PrevInterview: Jamie Woolford on producing his own record, potential touring, and ‘A Framed Life In Charming Light’
Interview: Speedy Ortiz on coming together, their new record, and why Boston is good for DIY bandsNext