Interview with The Joy of Painting: A Non-Punk Rock Band on a Punk Rock Label

The Joy of Painting
By John B. Moore

It can be pretty lonely being the sole non-punk band on a punk rock label, but the guys in The Joy of Painting have no complaints. 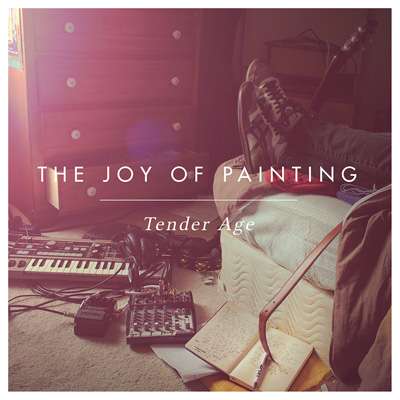 And for South Division Records, the growing Michigan-based punk label that put out the band’s latest, Tender Age, you can’t argue with great music, regardless of classification. The Nashville boys in Joy of Painting play a deeply infectious mix of Replacements and Weezer-inspired pop rock that has hooks sharp enough to piece even the most cynical music fan. Tender Age is easily the band’s best collection of songs to date.

Joy of Painting singer Garreth Spinn spoke recently about the band’s afro-blessed namesake, the power of Elvis Costello and how a local reporter prompted the band to throw together their last record.

Let’s start out with how the band actually first came together. Did you guys all know each other pretty well before you decide to put a band together?

Yeah, pretty much all of us went to Middle Tennessee State, which is in Murfreesboro, TN and we were just all in the same circle of musician friends. There’s a guy Dave that left toward the beginning; me and him did a lot of folk stuff and I kind of got more and more into pop and rock ‘n roll and the acoustic guitars started to lose their appeal, so I turned to Josh (Nelson), Chris (Hausen), Mark (Bullock) and Kyle (McCormick), who were in other local bands and we had played some shows together. We talked about making a record, which turned into another record and more shows and we’re all just really close friends. We’re a tight crew and are always creating. It’s a great relationship between the five of us.

Are you guys all out of school now?

Yeah, I was the last one – I was the youngest of them all… we’ve got a house now where we all meet and play. We’ve got a system now.

Let’s talk about the band name. Is it in honor of Bob Ross?

[Laughs] We are really into band names and when the time came to come up with a name we made lists upon lists of potential names. I don’t remember having a crazy revelation or anything- Kyle actually came up with it. I don’t even remember being super excited about it, but it was something we all liked and we all have varying opinions in the band, so it was a surprise that more than two people liked it. We sat on it for a couple of days and I watched the show (The Joy of Painting) for 4 or 5 hours one day… Kyle re-discovered The Joy of Painting with Bob Ross and he started coming up with a list of Bob Ross related band names. I think the nod to the TV show is pretty subtle, at least in the energy and spirit with which Bob had for his TV show. We sort of made it fit for a rambunctious rock band….The bad thing about being a band in this era s that band names are few and far between, at least good ones. You gotta take what you can get.

I was reading somewhere and it may have been in your bio, that you actually didn’t record this one in a proper studio.

No, it was done at home. We are lucky in a sense that we have a lot of resources within the band. We all studied music business or audio engineering, so we have a lot of resources in that sense. Mark is an incredibly talented engineers and he’s been working on stuff for a while. We demoed to see what it would sound like and we really liked those and one day we got a call from a magazine in Nashville and they wanted to do a feature on us, they said “you’re putting out a record in May, right?”. I said “Let me get back to you;” I hung up the phone, called Mark and said we have to make a record by May. This was in January, so we pulled together what few resources we had and built a computer from scratch for recording purposes and went in and knocked out Tender Age. We did all the engineering, mixing and mastering in our practice space.

Is that something you’d try again in the future or was it just a necessary evil this time around?

Um, I think we would. It was fun for sure. It’s nice to be in a relaxing setting where you can come and go as you please. I think we’re really pleased with the results.

Believe me, I was pleasantly surprised myself. Mark did an incredibly good job. We also had some help from a friend who is a pop and country music engineer in town. We brought him in because we were really going for a more radio-friendly sound. We wanted something fun and catchy, so we brought in someone who has done mixes for radio and we tried our best to make something major label sounding with the heart of an indie band.

This is going to sound like a pretentious question, but it’s not meant to be. How do you approach writing songs? Do you guys write together as a band, do you come up with the lyrics first?

Well, there are a few songs, like the track “I’m Reelin,” that we all wrote together. That’s one of those songs that just came out of a jam essentially. Most of the other songs I wrote at home. Songs Like “Dontchu Wanna” and “Back to Romance” were all songs that I sat down and wrote, but there were others that we actually wrote in the studio… One thing that goes along with all of the songs is they’ve gotta be hooky, they’ve gotta be catchy and memorable. That’s mostly my contribution to the band. I’m a pop nut. I love pop music. I don’t like anything longer than four minutes. That’s my big contribution to the band – making sure things stay tight and poppy.

That’s one thing that stood out for me about this record. Pop is such a taboo word nowadays, but Elvis Costello was ultimately a pop musician. He wrote phenomenal songs, but they were essentially pop songs.

The cool thing about Elvis Costello is that he redefined pop music in a lot of ways. He wrote some really poppy songs, but they were only ones that he could sing. He’s a big inspiration to me as a writer. I want to write things that are unique, but accessible. People like Elvis Costello or Harry Nilsson, who I adore, are guys I idolize. They’re writing very memorable pop tunes, but a little left of center.

South Division put out this record and they are a great indie punk label, but you guys don’t really sound like much of the other groups on their roster.

I think we were the first non-Michigan band they signed. I’ll give you the real story of how it happened and its pretty lame on my part. For a while there, anyone who “liked” the Joy of Painting Facebook page, I would creep on them to see where they were from. And I saw a guy who liked out Facebook page, did some digging and saw that he was from South Division. We were trying to put out a 7” so I sent him some songs and asked him what he thought. He got back to me and said “let’s do it.” Having a resource like South Division has made our lives easier in so many ways. I couldn’t be more grateful. It’s been great to have that team behind us. Brain (Brown, owner South Division) is a great guy and all those guys are cool as hell. 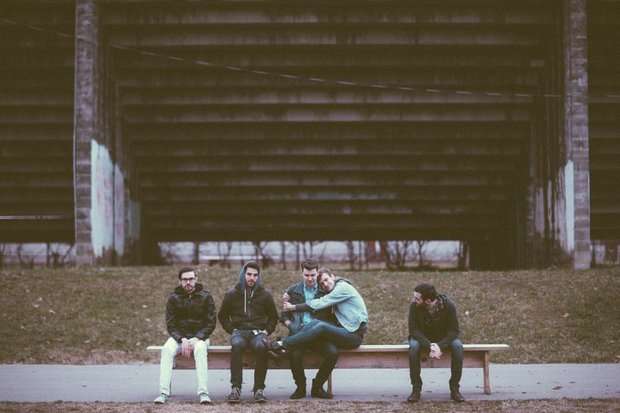