Interview: Kayleigh Goldsworthy on going solo, having her longtime friend film the process, and the future of The Scarlet Ending

Kayleigh Goldsworthy
By John B. Moore

Striking out on your own can be a daunting task for a musician after having a full band to back you up for the past decade. So who wouldn’t want to add a documentary camera to the mix, stalking your every shaky step on this new path?

Apparently Kayleigh Goldsworthy, formerly singer/guitarist/violinist with the indie band The Scarlet Ending, thought nothing of it. And the result can be seen in a nine-episode series documenting her start as a solo performer. The episodes feature music from her upcoming debut, Burrower.

Goldworthy spoke with us recently about her decision to go solo, agreeing to have her longtime friend record the process and the future of The Scarlet Ending.

What can you tell me about the Burrower Sessions?

The Burrower sessions are a series of nine videos I did with CJ Wallis over the course of five days, following me as I head to my parents’ cabin in the Adirondack Mountains, to a sold out show in Syracuse. We decided to film live, one shot videos of all the songs from Burrower as a means to introduce the tracks, as well as a few favorite covers of mine. He also snagged a ton of additional footage along the way.

How did the idea first come about?

I can’t exactly say… we oftentimes talk about wanting to get together and do some more video work, and for a long while we were trying to plan a music video. I think one day we were talking and he mentioned wanting to come to ‘Cuse for the show I had, and I was like “Hey why don’t you come up the Friday before, head upstate with me, and ride back afterwards?” From there his creative mind took off, and this is what we have to show for it.

Do you get final say on what gets included in these videos? Will you have the opportunity to cut out anything embarrassing or too revealing?

Honestly I don’t know [laughs]. At this point all I’ve seen is the trailer! I do trust CJ’s judgment, and oftentimes he catches onto subtleties and parts that may be a bit too telling from a personal standpoint, but that’s what humanizes this all. If I were to see an episode the day before it goes live and there was something I REALLY didn’t want in there I’m sure he’d adapt, but to some degree I really want to leave him that creative license. He’s one of my closest friends. I think he knows what I would and wouldn’t want out there.

Have you already completed the series or are you still filming?

We started filming the series on Friday, June 28, and ended on Tuesday, July 2nd. Everything you will be seeing happened during that timeframe.

Why did you decide to leave The Scarlet Ending go solo?

It wasn’t necessarily a conscious decision to go solo, and just where everyone in The Scarlet Ending was in our lives. We were all moving in vastly different directions, and sometimes you just need to know when to step away for a bit. There is no animosity with any members of the band, we are all actually really happy in our lives individually and musically. Whenever we get together we talk about how much we miss doing what we did, but we’re all so proud of the band and what it gave us, and I’m sure it won’t be the end. Everyone’s path led them in a different but wonderful direction, and I know personally my musical path isn’t over yet, so this is where it took me. 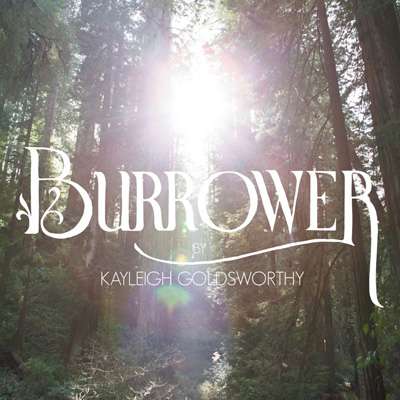 What can you tell me about the new record? How does the sound compare to The Scarlet Ending?

Burrower is a really intimate look into my life for the past few years. It’s obviously very different from TSE sonically, but also the songwriting approach is a bit more like an open book, whereas with TSE we wrote these dark songs with relatable themes. Being able to write so clearly about my life and put it out there like this is quite frightening sometimes, and being alone to perform it even adds to that.

Was it odd to be in the studio without your regular band members around you?

Yes! There were obviously times where judgment calls had to be made and it was way easier to do because I was the main decision maker, but for the most part I hated it. When you’re in a band, you not only rely on your bandmates to help you create and fine tune the music you make, but also to lend their opinions and give you input that keeps you grounded. I really missed that this time around. Whenever the engineer asked what I preferred, I’d always ask them and whoever else was in the room at the time. I really do think it’s important to have other people’s thoughts included on your creative projects.

Is your sister starting another band?

Not quite another band, but she’s always working on music. We’ve been sending demos back and forth, and she is doing some amazing work. I’m not sure when she’ll get around to recording an album, but it will definitely be worth the wait. She’s an incredible songwriter and I think time away from the band has made her really figure out her own voice, so whether it be a solo endeavor or another TSE record, she’s only getting better in my opinion.

Do you think you’ll work with The Scarlet Ending in the future?

Absolutely. We talk about it all the time.

So what’s next for you?

The record! I can’t wait to release Burrower, and hopefully spend the next year on tour more than I am home. I want to get out there. I want to work my ass off for this.