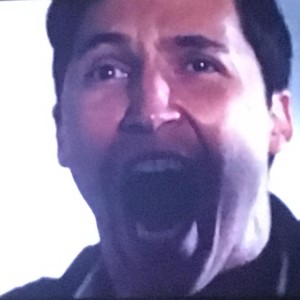 Interview: Leif Edling of Candlemass on Their Latest EP, The Pendulum

Even by the lofty standards of Swedish doom metal godfathers Candlemass, 2019 was an epic year. Their 12th album, The Door to Doom, was released in February to rave reviews. Fans and music critics alike were swept off their feet by the return of singer Johan Längqvist, who recorded his first album with the band since the legendary Epicus Doomicus Metallicus.

As if that wasn’t enough, Candlemass collaborated with Tony freakin’ Iommi for a track on the record and even picked up a Grammy nomination for Best Metal Performance along the way.

“One of the best years ever for Candlemass,” says bassist and founding member Leif Edling. “We topped it off with playing the 70,000 Tons of Metal cruise in January, getting the U.S. Grammy awards nomination, and winning the Swedish equivalent of the Grammy.”

The band were scheduled to cap off the perfect year by playing two, sold-out shows in their hometown of Stockholm in February 2020, when the COVID-19 pandemic hit and everything changed. After 12 “insane (but fun)” months of international concerts and awards shows, the world of Candlemass, along with everyone else’s, ground to a halt. It was like a pendulum swinging from one extreme to the other.

As if predicting the future, and underlining the otherworldly, omniscient nature of their music, Candlemass released a five-song EP titled The Pendulum in March 2020 through Napalm Records. If there’s any band in the world that could genuinely moonlight as soothsayers, it would undoubtedly be Candlemass, but in this case, The Pendulum was born out of uncertainty rather than clairvoyance.

“When you write and record demos, you have no clue what’s gonna end up on the album eventually,” says Edling, noting that the five tracks on the EP came out of the original demo sessions for The Door to Doom, but didn’t make it on to the album. “Not easy sometimes, to decide. It’s important for an artist to decide ‘enough’ when it comes to creativity. You need to know when to draw the line. Again, not easy …”

Far from sounding like leftover tracks, however, the songs on The Pendulum are intense and atmospheric. Like the title, the music on the EP swings back and forth, with two shorter instrumental tracks, ‘Sub Zero’ and ‘Aftershock,’ that glide from the calm before the storm to right the middle of its frenzied intensity. Likewise, the opening, title track beings with a frantic, mid-tempo feel reminiscent of “Symptom of the Universe,” then melts seamlessly down to the slow and heavy vibes of classic Candlemass.

“All songs have different feels to them,” says Edling. “Heavy songs, more uptempo things, instrumentals, intros, outros. Here on the EP are the missing pieces to the puzzle that became The Door to Doom when we trimmed it down to a single release. [These] songs are missing pieces from the album.”

When asked how the EP stacks up next to the album, Edling responds with the humility that fans have come to expect from a band that has always remained down to earth, despite the heights they have scaled in their storied 36-year career.

“The five songs on the EP are demos and should be treated like that. ‘The Pendulum’ track got a really good mix. Hopefully, people like them anyway, and if they liked The Door to Doom, I’m sure they will!”

Candlemass had planned for tours and festival dates all over the world in 2020, from Asia, Australia, and South America, to a run across the U.S. in the autumn. As with everything else, those plans have now been deferred, and the future is uncertain. But sometimes, great things are born out of uncertainty, as this EP proves.

The Pendulum is out now; pick up a copy here.