The New Lows Move From Brooklyn to Orlando to Make Music


The New Lows dropped their last album I Couldn’t Sleep at the end of 2012 after having returned to Florida following a several year stint in Brooklyn. While many people may feel Brooklyn is the epicenter of all things musically creative, The New Lows have continued to flourish from the south, and if given a listen are likely to be your new favorite band. I checked in with band mastermind Mike Levin to see how 2013 has been unfolding. 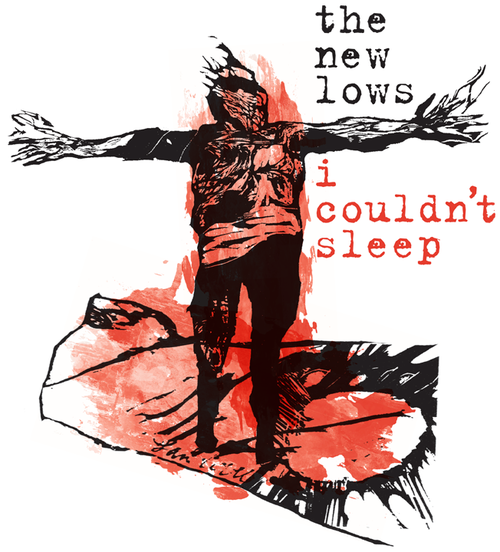 How has 2013 been for The New Lows so far? Your last album was quite well received, has this created new opportunities for the band?

2013 has been amazing. Busy and productive.  We put out our album at the end of ’12, and we were playing shows every week in and around Orlando through the fall. Lots of cool shows.  Then we started 2013 by opening up for The Forgetters at The Social, a cool Orlando venue, and that was a musical highlight of a lifetime. So 2013 was good regardless of what happened after January 6th. My longtime friend and punk rock instigator, Craig Mazer, decided to help us promote our record, and through his help and that of Bryne Yancey, we got some good reviews and internet listens and even mailed out a few copies of I Couldn’t Sleep around the fricking planet. Craig booked us a three week east coast to midwest tour (22 cities, 23 shows, 24 days) which we rocked and which rocked us.  We just finished that bad boi and we’re taking a few weeks to cleanse our senses of each others’ presence.

I see there’s a new song up on Bandcamp; are there any forthcoming releases for 2013?

We recorded a new song, “Missive,” at our friend Steve Foxbury’s home studio, Yellow Couch in Pittsburgh.  It came out really well for a quick bang up throw together operation.  We had to finish before load in that evening.  An old friend and former bandmate, Henry Daviero, hitched a ride with us to Pittsburgh from New York to visit Steve and to mourn the recent passing of his sweet dog, Virgil, whom he had got from Steve in Orlando over a decade before.  Anyway, Henry played some guitar on the track and it just became a really cool thing.  Once we get our new drummer up to speed on some more new songs, we will be looking to record again, hopefully some DIY projects in the Orlando practice space.  Almost definitely by the end of the year.

How did things go on the three week tour?

The tour, as mentioned above, was a rousing success. Especially in that we survived.  The van held up great, we saw lots of friends and family around the country, and made a lot of new ones (friends that is, not family, I think).  Nothing too bizarro took place, other than the weird shit that comes out of Wesley’s mouth, and we picked up some Frenchman in Chicago who played guitar with us for a week’s worth of shows. Pascal was his name, I’m sure of that. We had some great late night swims, tons of good food, and amazing hospitality almost everywhere, including Milwaukee. Basement shows tended to be the most fun. The Atlanta basement blowout was definitely our best show.

I noticed you played with different bands nearly every night. Who are some new names we should be keeping an ear out for?

We played with so many good bands! I honestly can’t recall at the moment the names of many of the great ones. But here’s a short list: Old Flings, Means Well, Cop Graves, Hungry Girl, Slingshot Dakota, Ex Friends, Exploded View, Latecomers, Lipstick Homicide, Fever Tongues, Uh-ohs, Lovey Dovies… To name a few.

Though The New Lows began in New York you’re now based in Florida. Does Orlando seems like a better fit for the band compared to Brooklyn?

Orlando has been much more fun and friendly than Brooklyn for me personally. Though just before I moved back to Florida, I felt that some opportunities were starting to develop for better shows around the city. But in Orlando I play with friends – creative, cool people who I’ve known for a while, who I hang out with, and that are great musicians and bandmates. I started that way in BK, but soon found myself trolling Craigslist for people who I never saw outside of rehearsal and who never stuck around for very long. Plus taking a cab to and from shows was expensive and tiring, not to mention hauling my half stack up a third floor walk up.

Your sound is pretty hard to pinpoint and seems to be take on a variety of influences. How would you describe your music to someone who has never heard it?

We are somewhat eclectic I guess. Indie punkish, dirty pop, rough americana, perhaps. We were constantly faced with our genre identity as we played with so many punk and hardcore bands on tour. I really hate contemplating genre identity, particularly as it relates to whether people will like or accept us. Fuck it.