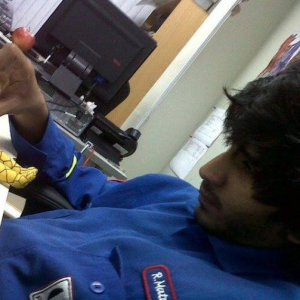 Maxwell Stern is known as the guitarist and lead vocalist of Cleveland, Ohio’s Signals Midwest, but on his debut solo album, he brings a level of vulnerability never heard before. While mid-tempo indie rock is his usual playground, Stern wades deep into lighter, more stripped-down songs to paint one of his most intimate portraits ever. It’s not just acoustics, though, but a take on what Signals Midwest might sound if they adopted a folk-rock approach. And in the process, through Impossible Sum, released September 25 2020 on Lauren Records, we discover a weathered side of the frontman that’s basking in his growth.

“I guess I just wanted to write some different kinds of songs. Poppier, more mellow stuff — sides of myself that I can’t always express in the bands that I play in. I had a few demos laying around that I showed to [sound engineer] Adam Beck, who is one of my best friends and plays drums in Into It. Over It. and Sincere Engineer. We met when Signals made At This Age in 2015 and just connected on a very deep musical level. He had a lot of heart for the stuff I was doing but we both knew it was too different to fit into the Signals mold, so he encouraged me to pursue this stuff,” Stern said regarding how the record came about.

“The title comes from a lyric in the song “Shiny Things” — ‘And there’s so much left to become / I wanna add it all up to an impossible sum.’ I think that line kind of stems from this ideal version of myself and my life where I can see all the people I want to, do all of the things I want to do, like there’s magically enough time for everything and everyone where we’re not all stretched so thin. Framed against the background of COVID-19, it feels different, but I suppose everything does now.”

And this is indeed a perfect example of this outlier style you probably wouldn’t expect from Stern. That is, not unless you’re in his inner-circle and know where his musical heart or influences reside. “The Weakerthans and John K. Samson are definitely something of a musical true north for me, so I could see how that would come through here. I got deep into Tom Petty over the last year or two, so on certain songs like “Flyover Town” and “Pull The Stars Down,” I think you can definitely hear some of that influence,” he reveals.

“Another big one for me was all the Jason Molina Songs: Ohia and Magnolia Electric Co. stuff. Not really so much in terms of sound, but more in terms of the work ethic behind his music. Just putting the time in with the songs. Not trying to dress them up too much, but being honest and not just repeating things or adding stuff because you feel like you need to. Doing what serves the song. The lap steel player on all those records, Mike Brenner, actually lives a couple blocks from me here in Philly and had played on some records by my friends in Wild Pink and Roger Harvey and his band, so he ended up playing on about half of these songs which is kind of a dream come true.”

As for how tough it could be having songs such as these archived and coming back and forth to dust them off and finesse, Stern finds this to be a welcoming challenge. “I actually kind of love that process. I think songs start to mean different things as they grow with you. I like reworking things for a live setting, or changing keys or recording alternate versions. It’s fun. A song can be a million things when it’s just in your head — you can hear it any way you want to. Committing to a recording of it just freezes an idea at a point in time, but there’s nothing to stop you from totally changing it later on. It ain’t that serious,” he admits with a smile.

What’s interesting, though, is that while Stern deviates from what he does with his other band, Timeshares, as well as Signals, their latter’s last album Pin does hold influence on his solo effort, inspiring him to step outside that box, that comfort zone, as heard on tracks like “Light Later Lately.”

“You learn things from every record you make. Pin was pretty stripped down in terms of studio treatments; I mean, we did all the music in three days, and the opening song, which might be my favorite on the record, is just an electric piano and vocals. So that showed me that following through on some of your weirder ideas can be really rewarding,” Stern confesses. “I don’t necessarily know if these things are related, but I will say that with some earlier Signals records I’d sometimes find myself trying to fake energy or aggression for the sake of the song, like “I have to sound frantic or upset or angry here because this is what the band is.” But lately I’ve been just trying to trust my gut. If I want to write a pissed-off song about gentrification then I can, and if I want to write a kind of lighthearted song about how it’s getting warmer outside and we can all hang out in the backyard a little longer, that’s fine too.”

And this maturity that comes along with the ride shines on the album, a brutally honest and earnest snapshot of Stern’s outlook on life and love. “I know it sounds weird but I’m really enjoying getting older. I think youthfulness is fetishized in some really unhealthy ways, and my 20’s were an unsure time for me where I got caught in a lot of comparison traps. This record is written from a more settled place, which has affected my perspective on the ways that our lives are interconnected. I’m trying to think of myself as a person outside of the definition of a band, of a scene, of an era. The questions on my mind now are more so along the lines of ‘Who am I as a friend? A son? A sibling? A partner? A citizen of the world?’”

As for the songs he enjoys most on the album, Stern admits, “’Pull The Stars Down’ is probably my favorite song I’ve ever written. I’m really proud of “Born At The End Of A Year,” too, especially the ending. I cried the first time I heard Mike’s lap steel on that song. And “Left In The Living Room” is a really special one for me too. Having Laura Stevenson’s vocals on that song is so wild. A true honor.”

Luckily for Stern, all of this came together before the COVID-19 pandemic hit, which has unsurprisingly slowed momentum down now. “I guess I was at a point where I was contemplating being a touring person again after a few years at a full-time job, or just like, trying to play more shows with a rotating cast of characters. The goal was to have a project where I was free to say yes to anything I wanted to, regardless of anyone else’s schedule. I love playing in bands but the logistics are nightmarish. Right as we were making plans for it [touring], like late February, early March, was when everything hit, so obviously the move was to stay put, take some time, push it back and not rush things,” he continues.

And he has accepted that no matter what, life has changed as he plots the future for his artistic career. “I’m very lucky to work from home with my design job. I go running and ride my bike a lot. I’ve gotten back into skateboarding and me and Chris [Baglivo] from The Superweaks and Matt [Scottoline] from Hurry have a little 30+ year old skate crew where we try to do bad flatground tricks in a casino parking lot,” he adds.

He does have a fair amount of stuff recorded, especially remotely per what he did with Tying Airplanes To The Ground (a collaboration with Ratboys). But he has recorded a session in the studio as well where the team he was working with wore masks and quarantined before going in for a day. “It’s not something I’d ever push on anyone; you just kind of have to figure out your own comfort level. I get tested every two or three weeks and I don’t go to restaurants or bars or really anywhere where I’d share air with more than a small handful of other people at once. I’m so sick of it but it’s what we all have to do. I can’t say I’ve been writing a ton of songs. They come around occasionally, but I kinda have to be out in the world to get inspired.”

As for what’s next on the horizon personally, Stern says, “Who knows? I hope shows come back. I really love playing shows and I refuse to do some socially-distant drive-in or pod-clustered imitation of a gig. For me, that’s a sanctuary where everyone can be close and feel communal and strong. So mostly just crossing my fingers and waiting it out. I have a bunch of other songs already recorded, some B-sides from Impossible Sum and a few other things. I’m learning some basic animation stuff, and how to edit videos, so I’ll probably make more of those.”

But for Signals fans, there are plans afoot that could make for an even more intriguing future. “Signals is recording a 7″ this November with J. Robbins in Baltimore. I think we’re going to start our own label and put it out ourselves. Seems fun.”