Interview: The Men Get Introspective & Discuss The State of Rock’nRoll

The Men might be the most productive band around, and in this writer’s opinion, one of the most exciting active rock bands today. They’ve consistently put one at least one record a year since they’re debut full length, 2010’s Immaculada, and each new record brings a slew of surprises. On March 4th, they’ll drop they’re 5th album in as many years. Tomorrow’s Hits (Sacred Bones) is a logical progression from they’re recent most effort, 2013’s New Moon. It continues the same fun loving, hip shaking rock n’ roll, sunny vibes, and is certainly more focused. The track listing is much shorter, but The Men are 8 for 8 on this one. I was most excited to ask them a few questions for New Noise.

Pretty much every press release or interview I’ve seen for Tomorrow’s Hits boasts about this being your ‘highest fidelity recording to date.’ But let it be known this thing is far from sterile sounding. “Pearly Gates,” for example, sounds like 20 people all rocking out in the same room. However, I do know that you guys used a high-end studio for the first time. How was the process different than New Moon and 2012’s Open Your Heart? 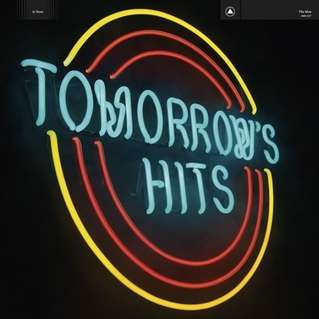 Well, from a recording standpoint, this was by far the nicest studio we’ve worked in as a band. We made the record at Strange Weather Studios in Brooklyn, and it was one of the easiest sessions we’ve done, simply because the studio is set up so well. It was very comfortable to record and work there, and as a result we were able to make this record very quickly. We were really well rehearsed, also. We went into the studio knowing exactly what we were going to do, and we just clocked in and did it. There was no writing done, no tinkering, no editing. We had all the arrangements worked out ahead of time, and we tracked everything live.

We typically track everything live, but with New Moon, it was an incredibly new thing — Ben had just joined the band, Kevin was starting to become a full time member during those sessions. Even the studio setting was new – we rented a house, built a studio from nothing, wrote the songs while we were there and tracked them. In a way, that record is kind of us finding ourselves, and this record is the 5 of us, knowing a little better what we are capable of, and doing it.

How do you guys manage to churn out music so quickly? As lovely a thing it is, its abnormal for a band to put out 1 record a year. And you guys even put out occasional EPs on top of it all.

I don’t think it’s all that unusual for a band to make music at the pace in which we do. It’s only in recent times that bands take 2-3 years to make a record, and I think a lot of that has to do with modern technology. It’s not Sun Records anymore, where you have 15 bucks, go in, play your song, and walk out the door a couple hours later with a record. Now, with computers and editing software and all this stuff, the songs and performances fall by the wayside, and you build records inside of computers. Our records are made by human beings, with flaws, and that’s an important part of it. We’re not computers, we’re people and we’re not perfect. Those mistakes and accidents are what make records interesting. So, we go with the flow. A song is what it is. When we’ve got one, we get a good take of it, and we move on.

What do you think can keep a band from being as productive as The Men? Does a lot of it have to do with simply getting the music released?

I think getting hung up with perfection prevents people from moving forward. You need to be able to let go. It’s easy to get completely caught up in an idea, and go in circles, driving yourself crazy trying to get it ‘just right’. But, the thing is, that ‘just right’, its not real. The thing that is real is what actually just happened, what was just committed to tape. It’s kind of like the old Dischord records philosophy: these records are just documents of a moment in time. That’s how we treat our records, flaws and all.

Then there’s the other side of it, where bands get caught up too much in the business sides of things — things you need to do to be successful, you have to have a label, you have to a publicist, you have to do this, you have to do that. It’s bullshit and creatively, it just sucks the life out of you. The only thing we care about is the music, and writing the best possible songs and records we can. When that is the only thing you think about, you tend to get a lot done.

Very few bands undergo such dramatic and remarkable artistic change as you guys have. You’re debut had some gnarly noise rock/punk songs, some doomy/shoegazy stuff, and even some blast beats. But you’re more recent stuff, I can listen to with my dad. A lot of the time, such dramatic changes are made in an attempt to reach a wider audience, but assuming that’s not the case for you guys, how did it happen? Did the teen angst wear off, and that’s all there is to it?

Nah, definitely not. We’re all pretty aggressive, somewhat discontent dudes (laughs). As much as I appreciate reaching wider audiences, that’s not why we do things or write songs. I’ve always thought of us as an independent entity. I don’t like scenes. I want to find our own way, what works for us, and go with it, wherever that’s gonna take us.

We’re all very open to that concept, and we don’t like to put limits on anything we are doing musically. The change in sound as you call it just comes from being open to new things. People change throughout their lives, and the person I am now is very different than the person I was on Immaculada, and you can say that about every single record we’ve made.

I’m not trying to write off any of those records either. I love those records, and they play a huge part in who I am now, but at the same time, in order to be happy, you gotta keep moving forward, trying new things, experimenting. We don’t wanna be the band that’s stuck in a hamster wheel. You see that happen way too many times, and so many bands just fall by the wayside, or fade into obscurity because they are afraid of their own shadow. They’re afraid to ruffle any feathers, try something new, go against the image that some blog or website has created for them. We’re not that kind of band. We’re gonna do what we want. I’d rather fall flat on our face trying something new then to keep repeating ourselves in order to try to preserve someone’s else’s opinion of us.

You guys are clearly constantly inspired by new stuff (or maybe mostly old stuff), and you execute every style with the upmost authenticity. What were some of the main influences on Tomorrow’s Hits?

The biggest influence for me, personally, was simplicity. I can’t say there was a specific record or band or anything that was inspiring me but I was really after playing as simply as possible, writing simple songs, creating space in the sounds. We’ve always been a band that kind of comes at you with this wall of sound, and this time I think we were after a little space, some nuance and subtlety, which sometimes gets lost when you are barreled over.

The horn section is an absolutely wonderful addition to your ensemble. Who’s playing the horns and how did this idea come about?

Patrick Breiner played Tenor Sax and Carter Yasutake played the trumpet on the record. That was the horn section —- those guys really killed it on the record. They came into the studio for about 3 hours or so, having not heard the songs before. We went through the songs with them a couple times, talked about the parts, etc. and then we just hit record — and those guys really delivered, just nailed it, and brought new life to the songs.

We’ve always toyed around with horns — I mean, they are such a great part of so many bands – whether its the stooges, or Motown, or jazz, or whatever. Horns are capable of so much, and it’s a texture we’ve never explored before either because we didn’t know the right people or have the right songs. This time it just felt right. Ben knew these guys from some NYC jazz circles, he called ‘em up, they came in and we did it. They recorded live in the room with us.

Tomorrow’s Hits is your 4th release for Sacred Bones (counting Immaculada), which is a pretty innovative, and also sort of mysterious record label. What are some of your favorite things about being on Sacred Bones?

Well, Immaculada came out before we were on Sacred Bones – we released that record ourselves, even as far as we literally constructed the LP jackets. We scored, cut, glued every jacket. It was a huge pain in the ass, but I looked at one recently, and was really proud. This is our 4th record on Sacred Bones – Leave Home, Open Your Heart, New Moon, and now Tomorrow’s Hits. Sacred Bones has a great roster, and I like being part of it, even if I sometimes wonder where we fit into it. It’s been a very interesting progression — when we did Leave Home together, we were both coming up at the same time in a way, growing together, and now 4 years later, its interesting to see where we’ve both ended up.

Do you guys have any tour plans lined up for Tomorrows Hits? If so, with who?

We’re hitting the road right when the record comes out and bringing some old friends and great bands with us: Ukiah Drag, Gun Outfit, and Nude Beach, depending on the city. We’ve all been friends for years, since way back in our earliest touring days, and we’d play in garages together to a room of 5 people. These bands are truly special bands and people and I hope people come out early to check ‘em out and they get the recognition they deserve.

I think that The Men are one of the most important rock bands around, so I’m interested to hear what you think of the state of rock music today. Will rock ever take over the world again? Or is music that actually rocks just going to be a sort of underground thing from now on? Do you even have an opinion on the matter or do you not give a shit? That’s a perfectly valid answer.

Rock music isn’t going anywhere. A group of people getting in a room together and makin’ a bunch of noise is a tradition as old as time itself. It’s not gonna stop now because it’s trendy to twist a few knobs alone in your bedroom. 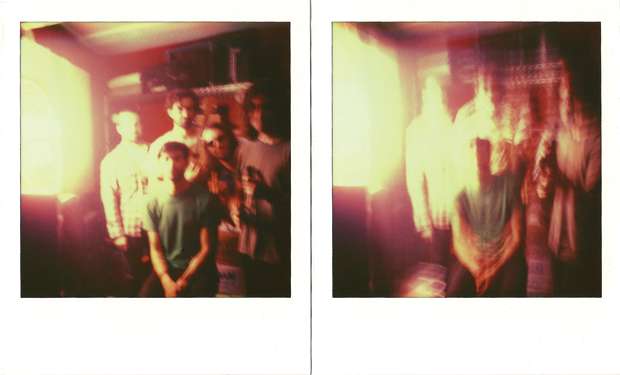 PrevShake Some Action! – An Interview with Chris Wilson of The Flamin’ Groovies
Interview: Crystal Viper Talk About Life In Poland & Having A FrontwomanNext