Interview with Emily Kopplin | by Eric May

In this day and age there are a growing number of female fronted doom acts out there, but none of them pack the passion and energy of Mount Salem. Emily Kline puts forth a vocal effort that reminds me of Heart, mixed with the crushing thunder of doom riffs and psychedelics of bands like Black Sabbath and Pentagram. It’s a new flavor of doom for the new generation and it proves to be every bit as potent as the last.

First of all, thanks for taking the time to answer my somewhat long-winded questions. Could you tell me a little bit about how the band got started and your musical background? How long have you been playing the keyboard and singing?

The band was started because we have all been friends for years. The guys know each other through building motorcycles and traveling together. We had all been in bands previously but wanted to start something trying new instruments. Cody (drums) used to play guitar, Kyle (guitar) had been a drummer and Mark (bass) was also a drummer. It’s sort of confusing. I’ve sung in other bands previously and have played piano for years so I guess I’m not doing anything too different. My background doesn’t include playing a lot of heavy music so being in this band is new to me. It’s cool to just feel the music and really get lost in a riff.  I’m a fan of heavier music and have been listening to stoner rock/ doom/ psychedelic bands for quite some time, so doing what I’m doing now feels very natural.

When I hear your music, I get an awesome feeling of Black Sabbath mixed with Heart and it’s exhilarating. What can you say are your influences in the band, and what do you think about the Heart reference?

That’s a huge compliment seeing as those bands both rock. Ann Wilson is one hell of a vocalist so any references are welcome! I think some of the influences are obvious, as you’ve mentioned above. We all have some similar tastes in music like Deep Purple, Pentagram, Shocking Blue, etc. but then we’re each into different genres as well. For example, both Cody and I are really into post-rock instrumental stuff like Mogwai and Russian Circles. I think everyone’s different tastes come through in the songs.

As I was looking at the YouTube comments on your music video for “Lucid” I noticed that a commenter noted you as a “female Ozzy Osbourne.” What do you think of this comment?

That rules. No one can be as cool as Ozzy, but that’s another killer compliment. Definitely the best inspiration for stage clothes!

Let’s talk about the album, starting with the original Endless EP released on Bandcamp. How did the recording for that album go? And what about the two extra tracks released on the reissue of that album on Metal Blade Records? When were these recorded?

The six songs on Endless are the first batch of songs we wrote together as a band. We were happy with the way things were sounding and thought it would be cool to have the songs recorded (partially so we could remember how they go.) We recorded it before we even played our first show so it feels like it was forever ago. When Metal Blade approached us and wanted to release Endless as a full- length, we were excited for the chance to go back in the studio after getting more familiar with the new instruments and developing our songwriting as a band.

How did you become signed on Metal Blade records? What is it like working on a much larger label after essentially coming from out of the woodwork?

The Metal Blade thing kind of came out of nowhere, we were definitely not expecting it at all. Working with them has been awesome so far. It’s pretty incredible that we will be able to get our music out to people and places that probably wouldn’t have heard it before. We’re excited for what’s to come.

Let’s talk about the lyrical content of the album. There are obviously a lot of occult topics that you would expect for doom metal, yet you also wear a witch’s hat. Hopefully this doesn’t come off silly, but have you actually practiced or studied witchcraft? And do any of your lyrics represent that?

(Laughs) I can see how that would look like a witch’s hat in one of our promo photos but it’s just one of my favorite black leather western style hats. None of us participate in any occult practices; I just find those topics to be very fascinating and evocative. It’s more so a creative outlet to write stories pertaining to the dark arts and occult themes.

On the album, what songs stand out the most to you lyrically and why? I’m an artist myself, so I understand that some songs might come off much stronger and closer to the heart/soul than others.

Each song is meaningful and fun to play for different reasons but I guess one of my favorites has always been “Full Moon” because it’s so fun to play. The lyrics convey the feeling of possessing a power and having others at your mercy. I also really like to play “Mescaline II” because it’s one of the newer songs so it’s refreshing for us. But honestly that was a cool song for us to write because it was an expansion of another song (Mescaline) on the original version of the EP that was just instrumental. “Mescaline II” describes wandering through the desert on a good trip gone bad…

I know that a reissue of Endless will soon be upon us, but are there any new incantations being cooked up in the studio that we should be aware of? Or are you planning to do some touring first?

We have been writing new songs for the follow up release over the past few months but probably won’t start recording those until next winter. Until then we are going to do some touring after Endless comes out. First it will be a short run in the US this spring and we’re working on getting to Europe in the fall.

Where can we see you guys on tour? Are you only going to be touring the states? Who do you hope to share the stage with?

Damn, got ahead of myself with the last question! We’ve already been lucky enough to share the stage with some amazing musicians and met some great new friends but there are so many more out there. We just opened for Pentagram recently, which was amazing. We’d love to share the stage with a lot of bands but a couple that come to mind would be Electric Wizard and Witchcraft. I’ve never seen either but I feel like they would put on an awesome show.

What do you do when you’re not playing music?

When I’m not playing music I’m probably working or hanging out with my dog, Pepper. I work at a little shop in Wicker Park called Eskell. I love spending time with friends and exploring Chicago. Even though I’ve lived in this city for almost two years there is still so much I haven’t done yet. It’s crazy, there’s so much to do and see.

Where did you come upon the name Mount Salem? Who came up with it and what does it mean?

Mount Salem is a name we came up with when we started jamming and it got to that point that you have to think of band names. It doesn’t have a profound meaning, we just figured it fit the vibe of the music we were playing and it rolls off the tongue nicely. 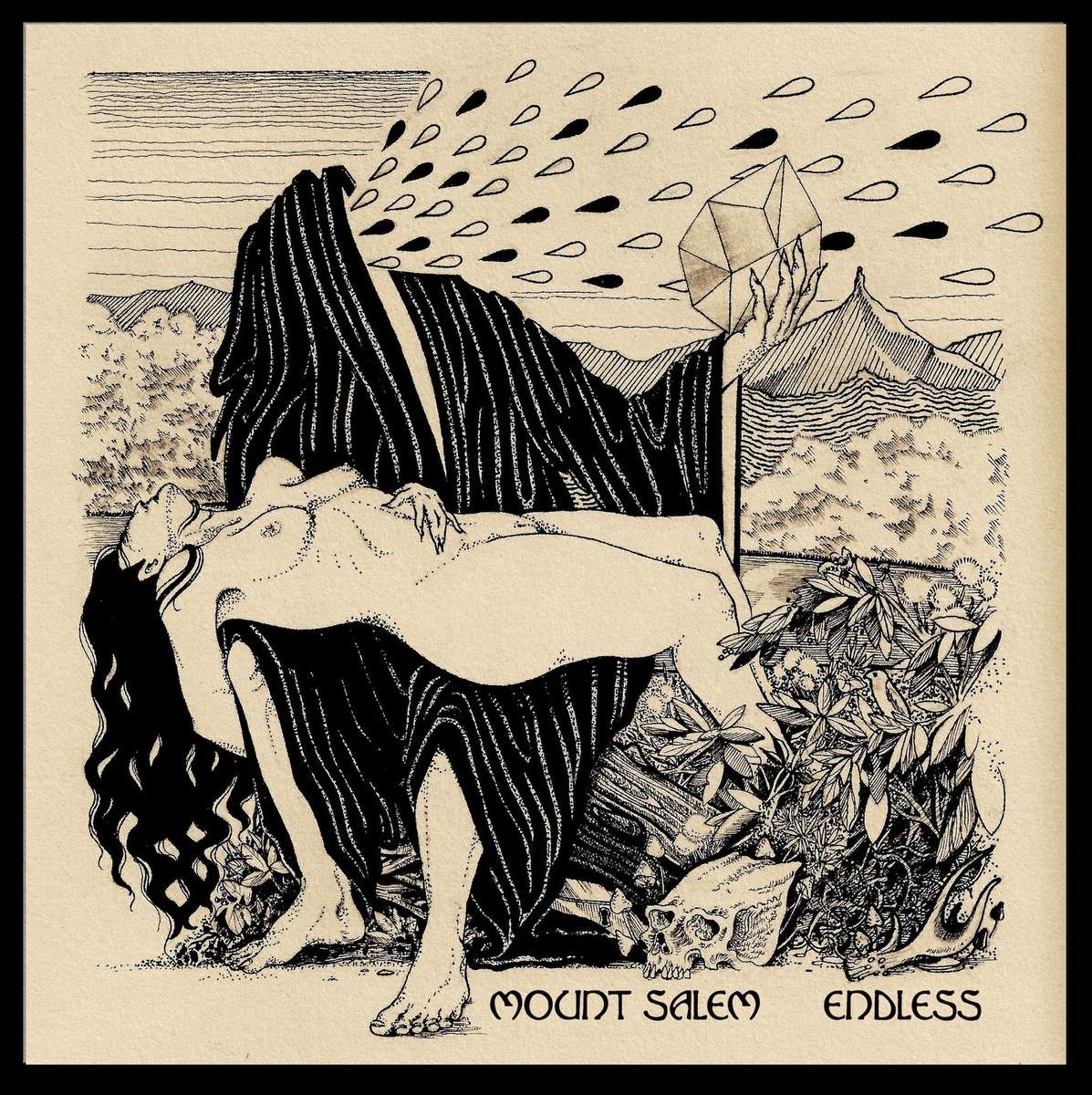