Interview with vocalist and guitarist Rob Travis | By John B. Moore

Musically, Asheville, NC, is much better known for its banjo-strumming hippies than it is for punk rock. But in basements and garages and sweaty house shows across the city, kids raised on emo and punk rock are making their voices heard. One such band is Muscle & Bone, a fantastic group that marries the influences of The Anniversary with Sunny Day Real Estate.

How did you guys first come together?

[Vocalist] Adam [Gross] and I had been talking about starting this band for a long, long time. We’ve had the “We should start an emo band,” conversation on and off since 2007. When both of our bands had broken up, we starting talking about doing a band together again. My band had been broken up for a few years and I had been writing a lot in the meantime and playing some solo shows, so when Adam’s band broke up, we decided to give it a shot. We got together in March 2012 and starting working on some songs. Ryan [Hoots] played drums in my old band and is a best bud and incredible drummer, so I asked him if he wanted to jam. We found it really easy to write songs together. We wrote the songs for the EP and recorded them in May 2012. Chris French was moving to Asheville around that time, and he and Adam were going to be roommates, so Adam talked him into playing bass for us. We played our first show in July 2012.

I read that your EP came together quickly. What was the process like for Peace & Light? 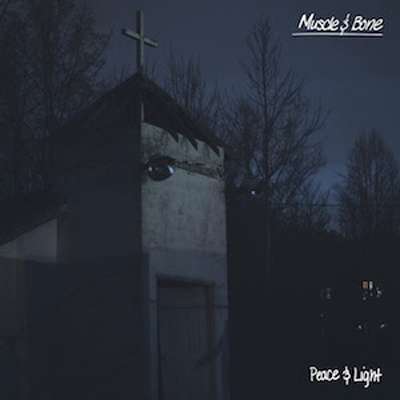 With Peace & Light, we were a full band. When we were writing the EP, we didn’t have a bass player, so I had to think in terms of both instruments, bass and guitar. We also had a couple of riffs lying around to borrow from, so it happened fairly quickly. With the EP, it was Adam or myself bringing in finished songs, and then sort of arranging them with Ryan and adding parts if need be. This record was a total collaborative effort. Peace & Light was a lot of pieces of riffs that Adam and I brought in and we worked on together as a band. A few of the songs came in as finished ideas. “I Am an Oak” was a finished idea, as was “Song for the Broken Road,” “Song for Broken Teeth,” and “Direction.” For the most part, we all pieced the songs together as a band.

How does this album differ from the EP? Have you changed much musically since then?

This record is a bit more dynamic. The EP was dynamic in a sense, but it was very, very clean. I’m extremely proud of that record and I always will be, but with this record, we wanted to create more space. We wanted to go in a noisier direction and to focus more on writing a solid song, rather than solid parts. I can’t really get a sense of how people are receiving it thus far, but I think I was expecting more people to be upset that it’s different from the EP. People have expectations and I understand that. We got compared to American Football a lot with the EP. I love that band, but when we started the band the reference points were Mineral, Sunny Day Real Estate, Rainer Maria, The Anniversary, The Get Up Kids, and so on. I’m not sure that we sound like any of those bands either, but I would more closely associate our band to them. I don’t think we were ever a very “twinkly” band, but I know that some people feel that way about us. I don’t want to alienate those people at all, but I hope that they will grow with us.

How did you first connect with the folks at Black Numbers?

We actually finished recording Peace & Light around June of last year, and we sent it around to a few labels. We contacted Black Numbers at the recommendation of several people. Our friends in Placeholder put out a record with them. They put out a split between Go Rydell and Grey Area. They put out a couple of Static Radio NJ records. We’re friends with PJ Bond who is on that label. We had a lot of incentive, so we just sent them the record, and Dave [Frenson] got back to us pretty quickly and said they wanted to do it. Dave and [founder] Phil [Battiato] are both great people who have contributed so much to the punk community over the years. I feel like they really, genuinely like this record, and it means the world to work with people who believe in your work.

Did you guys all grow up listening to similar music?

I guess we all grew up in the ‘90s. We were definitely all into the alternative rock of that time. Third Eye Blind, Everclear, Smashing Pumpkins. Stuff like Red House Painters, The Lemonheads, Sebadoh, Archers of Loaf, Superchunk, Seam, Hum, Nada Surf, etc. Josh and I could probably listen to Punk-O-Rama comps for an obscene amount of time. Collectively, I’d say we all love The Anniversary, The Get Up Kids, Saves the Day, Mineral, Rainer Maria, Sunny Day Real Estate, The Promise Ring, Texas is the Reason, Magnolia Electric Co, Pedro the Lion, Codeine, and a million others. In the van, we’re either listening to Elliott Smith or the song “Big Rock Candy Mountain.”

Asheville seems to be the antithesis of North Carolina both politically and culturally. Are you all from there? Did the city play a role in shaping the band and your music?

Asheville is definitely a great city. It’s an extremely culturally diverse, progressive, and weird city. It was called the “cesspool of sin” by former state Senator Jim Forrester, so that’s pretty sick. There are literally tons of folk, bluegrass, and old time bands in Asheville. Most of the larger venues cater to that crowd with the occasional indie rock show, but they rarely, if ever, tap local bands for support. So the punk scene exists almost entirely in basements, garages, and smaller bars around town. We have some amazing bands in Asheville. (young) American Landscape, Old Flings, Means Well, Bask, Autarch, Rbts Win, Onj, and about a million others. As far as the city being an influence on the band, I’m not entirely sure. Ryan and I grew up in Hendersonville, NC. It’s a small town about 30 minutes southeast of Asheville. We both still live there, and though it’s grown a lot over the years, it’s still very much the same as it has always been. We’re surrounded by mountains, trails, waterfalls, and parks, and yet it’s hard to not feel a sense of isolation here. There’s a large disparity between the wealthy and poor in my town. A mile south of my house, there’s the largest gated community in the county with multi-million dollar houses and a sprawling golf course. A quarter mile from my house are dilapidated houses and trailers. Places with leaking roofs and sunken in floors. Folks with no heat, air conditioning, or running water. Cars rusted to the ground. It’s been this way for as long as I can remember. I think a lot of the lyrical themes that I touch on in this band reflect that hopelessness and isolation, because I can relate to it directly.