Interview with Dagoth | By Eric May

Apex Terror represents a new vision in the Otargos universe, bringing more elements of modern black metal and industrial sensibility into a style that was rather much in the vein of traditional black metal. I spoke with Dagoth about the album, the process he uses to record the vocals, and our miniscule place in the universe/multiverse. (By the way, it’s a mere grain of sand in the multiverse.)

For those who aren’t aware of your sound, please describe it and tell us how Otargos came to be. What inspirations led to the formation of this band?

The band was born in 2001, but it was my solo project before that. With Otargos I wanted to simply play raw black metal in the beginning. Then I decided quickly that I wanted to modernize my music and writing, taking elements and inspirations out of the common fields of the black metal scene, such as cosmology, science-fiction and antitheism. All of these things made up the identity of Otargos through the years.

The new album is called Apex Terror and it is simply brilliant. I’m definitely sure that a lot of hard work went into this release, so can you talk a little about it? What was the writing recording process like? Did the songs come easy, or was it a bit of a struggle? 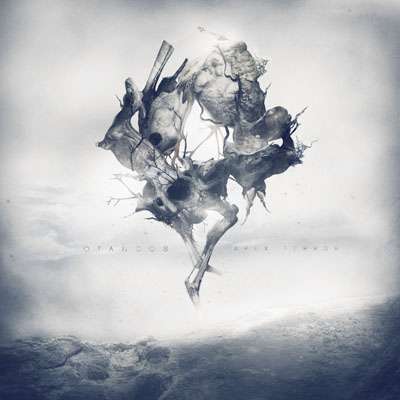 Effectively it was a bit of a struggle. With the previous album we closed a decade of black metal and I now wanted to offer something more modern, a bit more death/heavy/thrash/Indus metal, something fresh. I was just a bit fed up with all the black metal riffs and ambiances. I had to change my entire way of composing in order to express myself. I and the rest of the band had to rewrite the album twice, because I wasn’t satisfied with the result. After two years, Apex Terror was finally spawned.

Concerning the process of writing, I composed everything at home alone. When I have a good version of a new track, I present it to the other members and they give me their feelings and ideas. After that I re-write until we are all satisfied. Or sometimes, until I am satisfied! (Laughs) I agree that I’m often a fucking tyrant. It’s very hard to please me! But of course I let the others present some mater. T.F. Void, the other guitarist, wrote fifty percent of two tracks for the album and added some fabulous solos!

Max from Herrschaft, the band who remixed “Fleshless-Deathless” is an old friend of mine (he was the drummer of my first band when I was still in college). I first asked him to work on some arrangements on “Fallout”. I sent him the demo version of the track with my industrial arrangements, and in fact he found my version just perfect (this is the one that appears in the final version). He listened to the other tracks and proposed to me that he would realize an alternative version of “Fleshless-Deathless” as an electro/Industrial remix. Of course, I said yes! I love his work with Herrschaft! The result is just amazing; I don’t know which version is my favorite!

As I said I’m trying to give a more modern sound to the Otargos music and an electro/Industrial ambience fits perfectly with the new Otargos spirit. But, Otargos will not become an Indus/electro band; I just use external elements to give more identity and depth to the songs.

As far as the song titles are concerned, the album seems quite spatial, almost cosmic – but somehow strangely mechanical as far as the musical matter is concerned. It almost sounds like the soundtrack to some sort of devastated future space colony.  Was that the goal?

It’s exactly a part of the feelings, images and visions that I wanted to express musically! I’m quite satisfied to hear that from you!

Your band incorporates so many interesting elements, which range from industrial to black and death metal, with hints of thrash and loads of melody in some areas – even guitar solos, which you didn’t really hear in early black metal. How do you guys decide exactly how each song is going to sound and what mood it is going to carry? Is it something that just happens on the spur of the moment?

It comes when I write and compose. I can’t really explain. When I try to the other guys it’s really hard to me, for example when they want to modify or add something that I consider completely “out” or off-topic. I feel that each song is a kind of movie, a story with an introduction, a main plot, and a conclusion; so I compose my riffs this way. That’s why it takes so long. I want to feel a multitude of things while listening to my own work. If it has no thrill, then I don’t want to keep it.

Do you write the vocal lines before or after the music has been written? If you’ve done both before, what do you find easier? For myself, I usually find it easier to write lyrics to a track after it has already been written, so that the lyrics properly flow with the music.

I do the same, but nevertheless I record some vocal lines without real words, before I write the lyrics. I need to do that to have a good vision of what the track will look like in the end; it permits me to plunge deeper into the universe of the track. I consider vocal lines (and lyrics) as important as any other instrument, “the flow” is really important for me. I’ve noticed that too many bands neglect this.

When I play a new riff, I imagine at the same time the vocal line that shall be on it. This enables me to also have an idea of vocal arrangements and what kind of voice I will use.

Let’s talk about the lyrical content. Can you explain to me what “Apex Terror” is? I’m also curious about a few of these other tracks, like “Remnant From A Long Dead Star” and “Fallout” which almost sounds like a rebellion march at points. Is there some sort of storyline that connects all of these tracks together?

There are several main topics in Apex Terror: the future and fall of humanity, cosmic cataclysm, and some Warhammer 40K inspiration. Apex Terror represents all that we as humans are not capable of imagining outside of our cosmos. This is what the cover of the album expresses – the most important thing about seeing this design is that we can’t imagine what is behind it.

Usually lyrics like these are a product of research and personal hobbies, for instance I might find that one who writes a lot about science fiction elements would be interested in science fiction novels or films. Are there any films, documentaries, or novels, possibly even video/computer games that you might have derived some influence from?

Yes of course, all of my lyrics are inspired by my hobbies and passions. I always have been passionate about cosmology, astrophysics, sci-fi movies and the Warhammer 40K universe. Even when I was writing more black metal style lyrics (on all previous albums) I used all of these elements and themes. Sometimes I think I am the only one who understands the meaning of what I write! (Laughs) Even if I know just a few people really pay attention to the lyrics, I work a lot on them, just as much as the music.

As I was discussing earlier with the “space colony” bit, do you think that it’s possible that the human race eventually will branch off from this planet and begin a new colony out in space? Also, what are your thoughts on intelligent life in space? 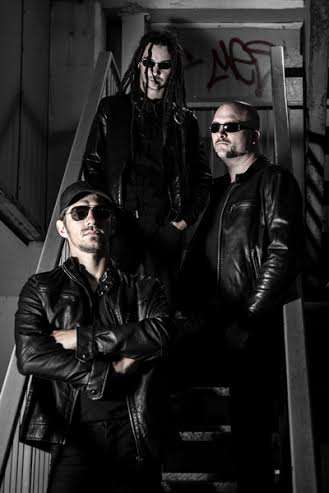 It could be possible. Even though I think that our race will be not able to exist on this planet for that long. It will either be killed by itself or by a cataclysm for sure.

Of course we are not alone in this multiverse! It’s really pretentious to believe the opposite. Our planet and principally our race is very young compared to the cosmos, and as long as a wink of an eye. Our universe is so huge that one species could emerge, evolve and disappear and never cross the existence of another. The probability that another intelligent civilization exists is very important (see the Drake’s equation) but the probability that another civilization exists at the same time as ours is very, very, low! Even if a civilization lasted for a million years, it remains tiny in front of the 13.7 billion years that the universe has existed. And much more if we consider the possibility of a multiverse.

Anyway even if we encounter an extraterrestrial intelligence, it means that it’s capable of crossing the intersidereal void, so it would have to be really, really more evolved. It’s useless to say we have no chance to survive.

Let’s talk about shows and tours. What are some of the most memorable moments that you’ve had while touring, and what have been some of the more difficult parts? Have you ever played a show in the United States? If not, would you?

I loved playing in Brazil, the audience was crazy! But I have to say that it was hard for us to adapt to their life rhythm! When I am on stage I forget all bad things that could occur!

We have never come to the USA, but we would really love to! We just have to find a good booking agency to give us this opportunity and realize it! So if you know of one which could be interested, please don’t hesitate!

Thanks for such an impressive release and best of luck to you in future efforts. Thanks also for answering my questions.

Thanks to you and New Noise Mag for you interest! I can say that it’s certainly one of the best interviews I have had to answer. I appreciated a lot of your questions. I have started to work on the successor of Apex Terror, be sure that it shall be at least as good and intense!

A last word for our American fans or future fans, you can follow the band via our official Otargos pages, find them at http://www.otargos-terror.com

PrevInterview: You Blew It! Talks About the Rise, Fall, and Future of Emo
Interview: The Dollyrots Talk About Motherhood and Pledge MusicNext