Interview: The Pack AD Talk About Flying and Outer Space

Interview with Becky Black and Maya Miller | By John B. Moore

Vancouver garage rockers The Pack A.D. didn’t initially start out as a punk band, but if you listen to their last few albums, you can’t help to pick up some strong, early punk rock influences. Do Not Engage, their latest is just as eclectic with a bit more of a psych rock vibe added in as well.

The duo, comprised of drummer/songwriter Maya Miller and singer/guitarist/songwriter Becky Black again worked with Detroit producer Jim Diamond (who worked on the first two White Stripes records, as well as played bass in the Dirtbombs) for this, their fifth record.

The last two albums have a little more punk sound to them. Was that a conscious decision?

Black: Not really. I think we tend to play around in a few different genres mostly to keep it from becoming dull for us. Sticking to one thing is just not something I’m capable of. That and making conscious decisions. I never know what I’m doing until it’s already done.

Miller: I think it’s just where we were both at, at the time. For instance, the new album has a little more psych rock to it. In the end, I’m supposing a lot of bands make these types of choices consciously but we tend to just either like what we’re each bringing or we don’t and that in the end is really what dictates the music.

Can you talk a little but about Do Not Engage? Any similar themes to the songs on this one? 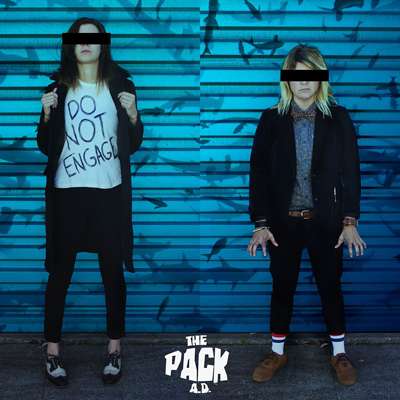 Black: Lyrically, I’m sure there are similar themes. Countless hours of sitting in a van on tour results in a fair bit of reading. A lot of our songs are based on books while some are separate stories on their own. I tend not to write much about personal experience, at least not literally. But little bits and pieces do end up here or there.

Were you guys listening to anything particular that had an influence on this record?

Black: I can never pinpoint any one musical influence only because I don’t consider one to be more important than another. Every melody I’ve ever heard has a place. At the same time I suppose it’s an impossible question to ignore. My turntable is my best friend when I’m not on the road. I’ll listen to everything from movie soundtracks to Black Sabbath, Eric Satie to The Buzzcocks, Patti Smith, Sidney Bechet, The Vaselines, The Zombies, Depeche Mode, The Ramones, Pink Floyd, Radiohead, Billie Holiday, Billie Childish, Flipper, Flying Lizards. I could keep going but that would be tedious. I’ve also been into a lot of current psyche rock bands like Thee Oh Sees, The Black Angels, and Goat. I think we’ve even been subtly influenced by some of the bands we’ve toured with (NoMeansNo, The Sadies, Pink Mountaintops, Our Lady Peace) simply because listening to the same set every night enters your subconscious whether you want it to or not.

You guys worked with Jim Diamond again on this one. Do you guys have a decent rapport with him at this point? Any disagreements in the studio?

Miller: The amount of times it almost came to fisticuffs, well, I could tell you…pretty much no stories like that. We’re all friends that mostly like the same things. Maybe the fact that it’s so copacetic is actually cause for suspicion. I’ll remember that for the future.

Black: Yeah, it worked out well with Jim last time so it was an easy choice to stick to the same arrangement. We first met in him Detroit back in 2009, I believe, and we connected as friends immediately. It’s easy to work with someone you already know you get along with. On top of the fact that he’s got a great ear. I don’t think we ever disagreed.

You’re on a new label now. How did you guys connect with Nettwerk?

Black: We finished our contract with Mint on the last record so we just went ahead and recorded this one on our own dime. Around the time we were looking to license it, Nettwerk contacted us. They were interested, we were interested, and the rest is history. Or I suppose it’s still current. It’s been a good relationship so far.

Miller: We’re all in the same hometown of Vancouver and it just seemed to happen very naturally and at the right time.

Black: Of course. And for the first time in a while I’m actually itching to get back out on the road. We almost burnt ourselves out a couple years back, when we were touring nonstop. But most of 2013 was spent in Vancouver working on the album and the artwork and signing contracts. We had a few short tours and gigs here and there but it was nothing compared to what we had gotten used to. I hope we didn’t get too soft. This year is going to be a busy one for sure. 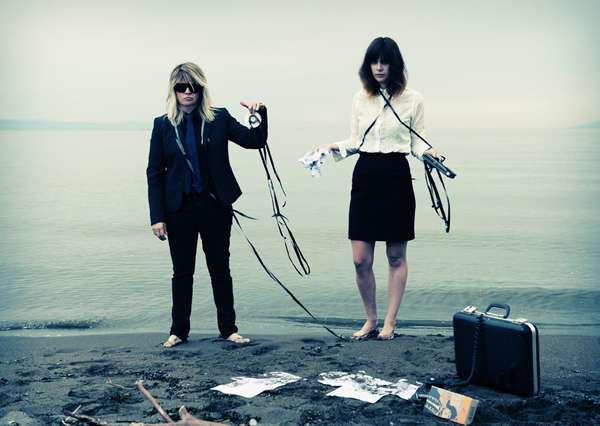 PrevInterview: Silver Snakes Talk About the Chinese Zodiac and Musical Diversity
Interview: Front Porch Step Talks About Emotional Scars and Possibilities for the Next RecordNext