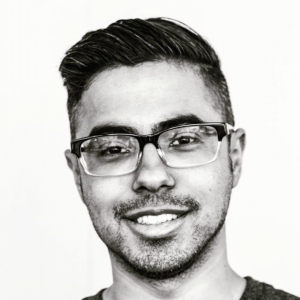 When Quicksand began working on their new album—the phenomenal Distant Populations, out this August on Epitaph—they had no idea they’d be crafting one of the most prescient records of our time.

Distant Populations’ killer, vintage Quicksand sound and thematic exploration of alienation in modern society were already in the tank when a certain global pandemic took the world by storm and placed a COVID-sized spotlight on the ideas behind the record.

Quicksand were formed in 1990 by a bunch of NYC-hardcore musicians looking to stretch their legs. The band’s heavy-yet-infectious, post-hardcore sound rocked the hell out of the ’90s until their untimely demise in ’95. After a short-lived reunion a few years later, the band officially jumped back into the ring in 2012 and released their much-anticipated third album, Interiors, in 2017. In the 22 years between studio albums, a lot had gone down for the members of Quicksand. Schreifels had been involved with a litany of projects, while bassist Sergio Vega had been playing with Deftones for nearly a decade. All this growth and new influences made their subsequent reunion album a sprawling, ambitious affair.

“We had stretched out with Interiors,” Schreifels says. “We had a lot of ground to cover with that. We all had to express ourselves and come together at the same time. With this record, we felt like we had already done that, so let’s get more to the core of things.”

Right out the gate, Distant Populations’ opening track, “Inversion,” feels like classic Quicksand, punching a sonic hole through time and space, straight from the Clinton years into today. Pieced together from numerous, sound-check jam sessions the band recorded for posterity, Schreifels reveals that, “When it came time to make another record, we just compiled all those little jam ideas and kind of dialed in which ones we were most excited to work on. We went through them pretty methodically.”

That precision is evident on tracks like “Missile Command” and the crushing “Colossus.” The riffs, the grooves, the hooks, like a rhino wielding a scalpel, Quicksand have mastered the art of heaviness and finesse.

“Sergio [Vega] or I might come in with something that we’ve written for the band,” Schreifels says. “We’re the kind of band where everyone will play their own part to whatever it is. That sometimes can take more time, but I think that’s what make the band have a sort of unique sound, because it’s only us that can do it like this.”

The album’s title comes from the aforementioned opening track, “Inversion,” which was inspired by lyrics Schreifels misheard while listening to New York anarcho punks Nausea. Their song “Fallout (Of Our Being)” features the phrase “destitute populations,” which Schreifels heard as “distant populations” and wound up becoming the overarching theme of the band’s new album. 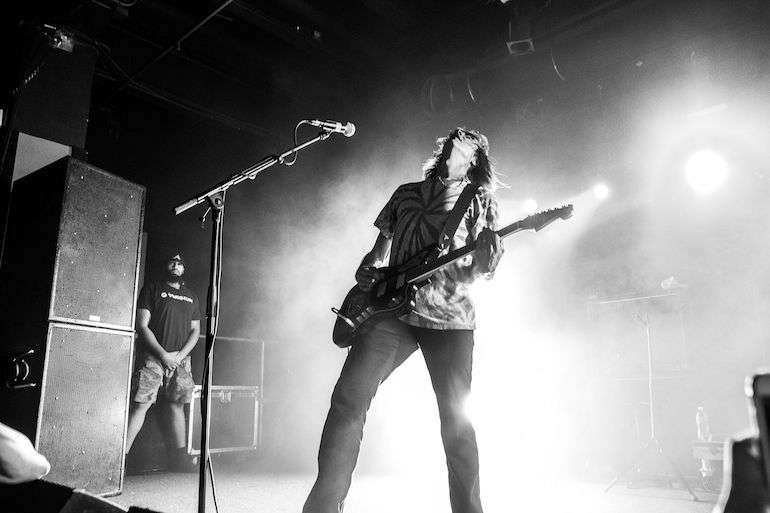 “I don’t have any solutions, and I don’t have a political agenda I’m trying to get across, but I feel like Nausea and Crass spoke eloquently and powerfully about the human condition,” Schreifels explains. “We’re in a fucking weird-ass place with COVID and how crazy our politics is, and people are fucking stressed out and paranoid. You might want to ignore it, like sometimes it’s healthy to compartmentalize, but that’s what ‘distant populations’ meant to me. It’s not all so heavy; there’s fun and humor in it, especially with the artwork and within some of the lyrics, but that’s just some of the real shit we were trying to approach a little bit.”

The artwork he’s referring to is Distant Populations’ crazy-colorful, monster-mash cover created by Tetsunori Tawaraya. Featuring ferocious monsters preparing to battle across a bacterial chasm, this tripped-out artwork perfectly encapsulates the hostilities and anxieties that have plagued mankind before and have been exasperated by the 2020 pandemic.

“We wanted to create some sort of universe, kind of like how Star Wars works, where there’s this mythical world where our imaginations can live, yet it reflects our own society,” Schreifels says. “We created this universe with Distant Populations, and these songs were going to be soundtracks for it.

Star Wars doubles as both a soap opera about space wizards and a cautionary tale against fascism, where the heroes wear white robes, and the villains don black space Nazi uniforms. The idea was to do something similar.

“They’re the space Nazis, but yet, some people fucking love those guys,” Schreifels says, laughing. “People love Darth Vader. Does that mean they’re Nazis? No! It’s because you’re in a safe space to indulge the part of you that wants authoritarian order. Our shit doesn’t get that deep; it’s, like, monsters; it’s not political. I think it’s just a funner place to have these kind of heavy themes play themselves out, where people can apply their own imaginations to them, or just not even give a fuck, but that’s kind of what holds the whole thing together for us.”

“Our [Quicksand’s] world, even like hardcore, we’re talking about social consciousness, trying to save the planet, anti-racism, vegetarianism, these are themes I find myself returning to in music, as well as interpersonal relationships, loves, fear,” he continues. “These are the kinds of themes that propel heavy music in a meaningful way, but at the same time, have it placed in this science-fiction world where it doesn’t have to weigh down super hard.”