Interview: Smitty Smith (creator of BlankTV) on starting a DIY music video website, turning the story into a Hollywood production, and why DIY is the way to go

This year (2013) marks the 14th anniversary of BlankTV, which in internet time is like saying you were riding a triceratops as you watched Pangaea break-up into different landmasses that formed the continents. Back when chat rooms were the exciting new buzz (aside from the buzz of a dial up modem), Napster was the hope of free music for all, and AOL was trying to ruin this fledgling concept called the internet, you were uploading indie music videos from up and coming bands in the punk, oi, ska, and metal scenes. Can you give us some insight into what it was like for you to start this venture at that time? 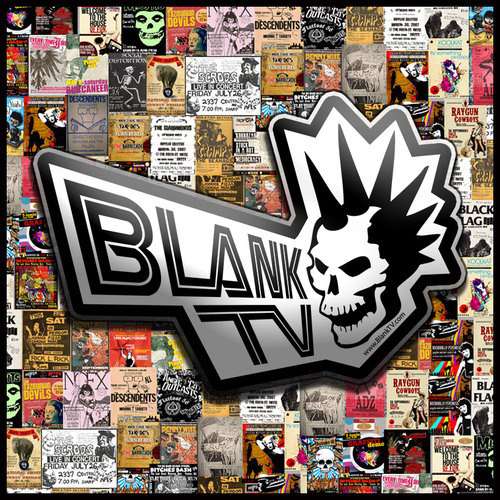 Well, it’s kinda weird to try and put it into that much perspective, but I can try.

I had moved down to Hollywood after graduating from UC Santa Cruz. Not immediately after, of course, I fucked around for a year being a busboy with a political science degree in Santa Cruz. That got old kinda quick. I had a couple of friends who had moved down to Hollywood to become actress/models and they told me I better get my ass down there if I wanted to write comedy, which was the plan. Shortly after arriving in the evil, yet lovable city of Hollywood, I got a job as an editor at Hustler Magazine. The managing editor and most of the staff were punk rockers of varying pedigree and all very fun to work with. I was working on a movie script the whole time, about an arts collective of punk kids using new media to break new ground. It got shown around to the studios and most of the coverage was awful. I still needed time to get structure in order and learn how to tell a story the right way. There were a ton of dot-coms blowing up at the time and I decided to get in on the ground floor of one and use that as background info for the script. While at this dot-com, I learned a bunch about video and the internet and used that info to start BlankTV. We started trading punk videos with friends online back east, and the next thing you know, people are asking if they can get their videos onto the page. It snowballed from there, (we were) hitting up labels and bands we liked, showing all the shit corporate channels and FM radio couldn’t or wouldn’t. Fourteen years later, the arts collective from the script is a real entity called BlankTV. The script is going into production in LA with Aberration Films, directed by Susan Dynner, who helmed the Punk’s Not Dead documentary.

That’s awesome that the movie is being made, when do you anticipate that it will come out?

Yeah, I’m pretty excited! I dunno when exactly, this process is a first for me. I’ll probably go to Hollywood for some of it so they can have a writer on the set in case some of the lines don’t work and they need some ideas.

What is some of your personal background and/or motivation for starting Blank TV? Were you in a band(s)?

Never been in a band, but I have several fake ones I could talk about: The Meanderthals, Class Action, Axionslax, etc. I actually kind of fell into doing the site; working at the dot-com and trading music videos just lead to starting our own video site. I have always been a fan of discovering new music. I had a friend from the Boston hardcore scene who had gotten a job at Google and asked if we wanted to use their new video platform, and it kinda just grew from there.

What were some of your favorite bands / musical inspirations from back then?

I came up Boston hardcore (not only) loving my city, but a lot of the touring bands. Boston has such an amazing array of talent and humor. I loved The Freeze, Slapshot, Wrecking Crew, The F.U.’s, Jerry’s Kids, Part of the Problem and tons of local bands. Outside of Massachusetts: Token Entry, Sick Of It All, Youth of Today, Uniform Choice, Bad Brains, Suicidal, Minor Threat. Fuck, if it was fast and angry, I fucking loved it.

What do you miss from those times?

I had a really killer pair of 16-hole green Docs.

Up until this point, what has been your greatest achievement or breakthrough moment with Blank TV?

Every day the channel is running is an achievement, which is probably the nicest way of saying we haven’t had a breakthrough yet, but we’re hopeful?

What are your thoughts on the music scene / industry today? With the major labels losing some of their clout and control, and things like crowd funding giving independent artists the ability to make music unfiltered – do you see this as a good development in music?

Short answer, yes. I hope that BlankTV can contribute to this idea that the artist can now directly connect with the audience. You don’t need to go in debt to your label to make a $50k video that you pray MTV will play. We will play your video, hotlink it to all your sites and help on any level of promotion. Tour dates, interviews, lyric videos, teasers, whatever. I look at BlankTV as OUR channel, so we better decide what to do with it. There are many “indie” labels that will get a band in a contract and fuck them six ways to Sunday. I’m not going to say anything about payola, right? But if your label doesn’t advertise on a Viacom property, like MTV, do you suppose there’s a kid in the control room saying, “We should play these guys, they’re good!” If you do suppose that, please suppose that kid getting tossed out a window with everything in his desk following.

What’s your perception of social media? Do they add value or noise to the internet?

I am so very old. Just turned 42. My perception of social media is the way people tell other people what they had for lunch.

What is your goal or direction with BlankTV going forward?

I would like to have an original music channel on satellite TV or something like that. There are thousands of channels on there that nobody watches – we would like to be the vanguard for original content – we have content on BlankTV that is impossible to find simply because people send this stuff to us directly and you can’t get it anywhere else. 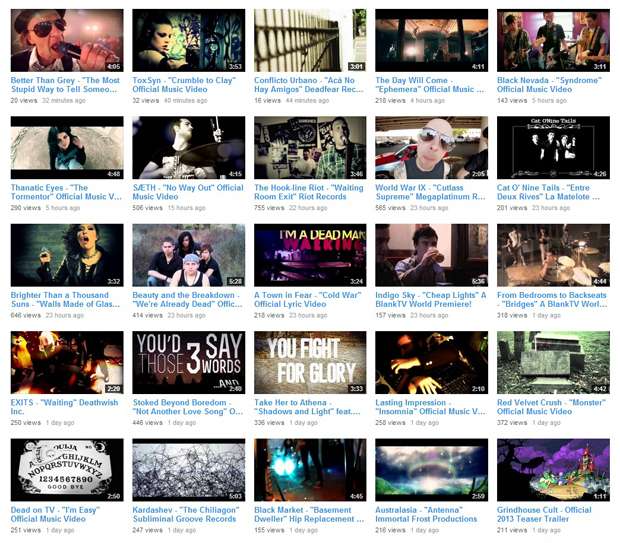 PrevInterview: The Gothminister on the new album, the band’s roots and what he does when not singing horror-laden hymns to foul things beyond
Red Hot Rebellion talk about getting the perfect mix of punk rock and metalNext