Interview: Stoneburner Talks About Developing Their Sound And Frank Herbert

Interview with drummer and vocalist Jesse McKinnon | By Brad Lambert

Portland’s doomscape produces plenty of slow, sludgy metal bands, but few generate the planet-killing power of Stoneburner. Despite relentless touring, the band found the time to record their second LP Life Drawing, a continuation of the crushing riffage fans recognize, out on Neurot Recordings now. The sleeper has awakened.

We in the Bay Area see you more often than some bands from here. How much of the band’s energy goes into playing out of town?

We do our best to get out of town as often as possible. We’re constantly amazed by the variety and activity of the punk/metal scene here in Portland, but no matter how vibrant the scene is in your hometown, it’s always easy to overplay yourselves. From Seattle to the Bay is such a diverse, interconnected musical community, so we just do our best to view the West Coast at large as our stomping grounds. Our main reason for doing this is the emotional release and satisfaction we get out of playing music together, but right up there is the experience of loading up the gear, getting on the freeway, and heading to a different place to do what matters to you most with those you’re closest to. We only wish we were able to tour more often.

How is the progression of Stoneburner’s sound developing? The first LP was more sonically dynamic than the demo, how does the new album compare?

There’s definitely a lot more going on. I mean, you better evolve or you’re doing something wrong, right? It’s been three years now since we wrote a lot of the material on Sickness. There’s a lot of variety on that first LP and we threw a lot of our different influences into it, but there seemed to be a lot of back and forth between the crushingly heavy riffs and the more melodic, mellow passages. On this new one, we’ve spent a lot more time in the space between those elements, and a lot more focus on the builds up and down between those two extremes. There’s also a lot more going on vocally. When we first started out, we were practically an instrumental band, and even on Sickness, the vocals are relatively straightforward and sparse. This time around, we’ve experimented a lot more with layering our voices and playing off of each other rhythmically.

As the doom and sludge world expands to include more varied styles, what are some of the new things bands are doing that you like?

It’s all about variety. Being people who grew up with a love for both extreme metal and underground punk, it’s really exciting to see how the walls between those scenes are all but gone nowadays. If you go to a gig and there are five doom bands, or 17 grind bands in a row, you’re probably going to get bored, no matter how good the music is. Seeing people combine it all in strange new ways is awesome and refreshing.

You guys hooked up with Neurot Recordings, how has it been working with them? 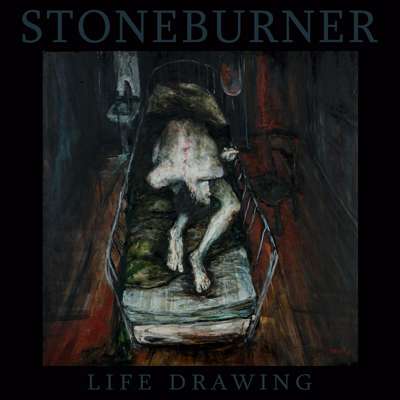 Neurot have been fantastic. We can tell with every interaction and correspondence that everything they do comes from a belief in and love for music. They’ve approached every step of the process with so much support and the bare minimum of bureaucracy. It’s inspiring to see people approach the business side of music with so much heart and respect. It really isn’t possible for us to overstate how honored and humbled we feel to have their faith in us.

I’ve been resisting the urge to ask you nerdy questions about the namesake of your band, Dune. Do fanboys want to bro down with you about crysknives and riding worms?

[Laughs] Not many, a lot of folks just assume it’s some sort of drug reference. People do come up and ask if that’s where the name comes from though. It’s always cool when people bring it up just to have that connection with someone that goes beyond music. We’re all such fans of Frank Herbert’s work, we couldn’t believe the name hadn’t already been taken, what with so many bands out there with names coming from the Dune mythology. It makes sense though, it’s difficult to think of anything in popular culture with as much depth and power as Herbert’s books. Even the historical quotes by the Princess Irulan, or the philosophical sayings from the Tleilaxu Godbuk that precede each chapter are worth regularly going back to. They hold as much spirituality as any of the texts that humanity bases our major religions on. We even had a cat at our house/rehearsal space named Alia, and when she was acting up we’d say, “Oh shit, the Baron Harkonnen’s taking control again…”