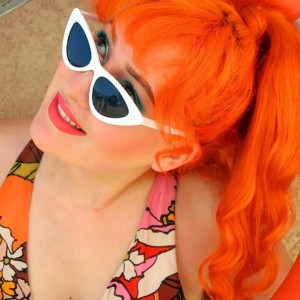 Was there life, sunshine and joy before The Go Go’s? If you ask any pop-appreciating punk worth her salt, probably not. Before the quirky quintette rose to fame in the early ’80s, the world must have been a terribly bleak, dark, and empty place—basically, a bit of a bummer.

Born of the eclectic LA punk scene and swiftly elevated to the title of first all-female band to write their own material to top the Billboard Album Chart, the Go Go’s didn’t invent melodic, fun-infused rock ’n’ roll, but they sure did it with more style, sass, and straight-up personality than anyone since the Ramones (or, depending on who you ask, the Beach Boys).

Some four decades after making chart-topping history in 1981 (a feat still unequalled to this today), the band is preparing for its rightful induction into the boy’s club—ahem, the Rock & Roll Hall of Fame (insert wild applause here!). It’s no wonder that the ladies might be grappling with the big themes of conquered dreams—legacy high among them.

So, just what is the Go Go’s bequest upon the Earth, you ask? Simply prod any of the musicians contributing to the new tribute compilation “If You Gotta Go-Go, Go-Go Now,” coming out courtesy of Sympathy for the Record Industry this winter. Produced by Travis Ramin, the release (which includes a double-vinyl LP out this November/December) is slated to follow the band’s October 2021 Rock & Roll Hall of Fame induction.

From NYC neo-garage rockers The Baby Shakes to 1980s contemporaries like Nikki Corvette, Josie Cotton, E.G Daily, and Holly and the Italians, all 24 contributing tribute artists harbor poignant personal stories of how their worlds cracked open upon first hearing the soaring harmonies, high-energy backbeat, clever lyrics and hyper-melodic riffs famous on the Go-Go’s now-ubiquitous, 1981 banger, “Beauty and the Beat.”

“I’m old enough to have been able to see The Go-Go’s in their early days and they were an inspiration to me—girls my age, playing rock ’n’ roll,” says compilation contributor, singer, and bassist Kim Warnick of legendary Seattle band Fastbacks. “I am thankful they were there when I needed to see great women kicking down the doors—and watching the world pay attention.”

Aside from featuring dozens of women from around the world (the 5.6.7.8’s from Tokyo, L.A.’s Natalie Sweet and Montreal’s Pale Lips among them) the record also includes contributions from Paul Collins Beat, The Romantics’ Mike Skill, The Sweet Sixteens’ Rob Nesbitt, Blondie drummer Clem Burke and—here’s a surprising treat—Go Go’s bassist Kathy Valentine, who plays with longtime friend Burke on The Coolies’ version of Go Go’s rarity “King of Confusion.”

Although the public narrative surrounding the Go-Go’s has always echoed public perception of women in music, Valentine said that, now—more than ever—folks are appreciating a deeper and more nuanced view of the band. She credits the 2020 documentary (simply titled “The Go-Go’s”) for helping inspire this long overdue revelation.

“Once we got nominated [for The Rock & Roll Hall of Fame] and the documentary came out, people realized we are a real band that came from the streets and are self-made,” Valentine says. “It changed once that became the narrative, instead of ‘Aren’t they cute and bubbly?’ Aren’t they the girl next door?’”

With a lush record cover illustrated by Aaron Marshall, the deluxe double LP is an amalgamation of raw talent, moxie and mischief (not unlike the Go Go’s themselves). Initially inspired by the honesty of Valentine’s 2019 memoir, “All I Ever Wanted,” producer Travis Ramin was spurred to create a fitting tribute for the band (which ranks among his all-time favorites).

“It was Kathy’s incredible words and story that first drew me into the idea of putting out a tribute compilation. Then, I began daydreaming about what a cool lineup we could create with both modern and contemporaries of the Go Go’s—and that’s when the hair started to stand up,” Ramin says. “The diversity of musicians involved on this compilation, and the love they show for the Go Go’s, really makes this release a unique love letter to the women who started it all.”

One can only hope that the Go Go’s Hall of Fame win, and, perhaps (on a much less astronomical note) the upcoming tribute album, will point people back to what really matters: the music. Beneath the sun-blasted California cool of The Go Go’s beats a universal power that cannot be denied—the kind of approachable, infectious energy that still inspires young musicians to pick up an instrument today. Sure, the fun gets people dancing, but it’s only a gateway drug.

“There is that fun element, but there is also so much else there: The hard work; the songs themselves. I still don’t think the music gets talked about that much,” Valentine says. “We have a handful of hits that are still just as enjoyable and easy to hear and don’t sound dated and resonate with young people today as they did 40 years ago. I think that’s really remarkable.”

Watch the Go Go’s live performance of “We Got The Beat” from The Today Show here:

Photo courtesy of the Go Go’s and Arnold Neimanis