Formed in Baton Rouge, LA in 2005, Thou has quickly amassed a huge catalogue of EP’s Splits and 7”s, along with three full lengths. Though the quantity of their back catalogue is impressive, its quality, as well as their D.I.Y. punk rock ethos is what has won them fans the world over. With the release of their fourth and most monumental album yet, Heathen, I got the chance to discuss with guitarist Andy Gibbs how the band was able to put out a new record despite being separated by roughly 2,200 miles.

First off, take me through a little of what’s been going on with you guys over the last few years since the release of Summit. You’ve moved to Oakland, CA since then, right?

Yes, I moved to Oakland in September of 2012. The most major change since Summit is that Josh replaced our old drummer Terry, making his recording debut with us on To The Chaos Wizard Youth. After that record, we put out a whole slew of releases: splits with Cower, Hell, and Kowloon Walled City and an EP (The Archer and the Owle) plus we did a whole bunch of touring, including a few months of touring 10 days or more out of each month.

After that was over, we started focusing more on Heathen; at that point we’d only had one song written for the record. Then that summer we did a couple weeks of touring in Europe with our friends Resurrectionists and Grinding Halt, which was super fun. When that tour ended, I met up with my girlfriend for a couple weeks of traveling then came back to New Orleans for a few weeks to get things ready for our move to Oakland. The day before we left town a hurricane came and we left town with the power still out and things in a state of disarray. So I had a pretty insane year, is what I’m saying, both with band stuff and with moving around.

I remember when it was announced you were moving, there were rumblings that Thou was going to break up. Was that ever something that was seriously considered, or was it just another message board rumor?

I never thought we’d break up, but there was definitely concern from people in the band about how we would continue to make records. I wouldn’t say it was something that was very seriously considered, though.

At what point did you guys decide it was time to start the writing process for a new full length and did you come home for the recording or did you record your tracks and email them?

Matthew (Thudium, guitarist) brought in the first song from the record “Free Will” somewhere around September of 2011, but it was a long time before we had a second song. I emailed a scratch recording of “Immorality Dictates” to everyone after I moved and then we fleshed it out when I flew home to record. We record all the basic tracks live on all of our records, so emailing wasn’t much of an option.

Even before Matthew wrote that first song, Heathen was already an idea. And to go back even further, before it was a specific idea it was a name we’d agreed on for an LP.

With you living in Oakland and everyone else still in LA, did you find any difficulties with the writing process for the album or do you feel the separation actually helped things or was most of it actually done during your time together?

I’m not sure I would say that it’s helped, but it’s been easier than I’d originally imagined. Matthew and I have been playing music together for so long that it’s pretty easy to teach each other our parts and get on the same page as far as tempo and feel. And Josh (Nee, drummer) and Mitch (Wells, bassist) are extremely quick learners, so it really cuts down on the time we have to spend rehearsing overall.

In a band like Thou with a lot of different musical influences collectively, how much do those influences still inspire your songwriting process and sound and how much of your inspiration comes from other places like books, movies, everyday life…etc?

Personally, I don’t feel like the music I listen to on a day to day basis greatly influences the riffs I write. When I write I’m just trying to shoot for a specific goal, whether it’s something as simple as trying to write the slowest, heaviest riff possible or trying to step outside our comfort zone with some faster-paced stuff or mellow, clean parts. I don’t think there’s a whole lot of room for me in this band to incorporate my love for Duke Ellington or Phyllis Dillon or Selda. Bryan (Funck, vocalist), on the other hand, pulls a lot of his lyrics from books, movies, and such.

The one thing that I really respect about you guys is your D.I.Y. approach to the way you do business. How much do you feel your approach of cutting out the middle man and handling everything in-house has made things easier for you guys as far as surviving and thriving as an underground metal band in a ridiculously tough musical and economic climate?

I don’t know if we’ve really made anything easier for ourselves aside from avoiding shitty contracts and money-hungry booking agents. We’re interested in 100% control over our band, and we try to deal only with people who understand our vision and are into it as much as we are. Also, booking your own tours, putting out records yourself or getting friends involved instead of strangers, sleeping on people’s floors instead of hotels– these are just part of the deal when you’re in a band. I think a lot of bands forget all that when a label they respect comes knocking at their door; they become more interested in “exposure” and getting on shitty package tours than in putting effort into something they believe in. We want to make awesome records and play fun shows, and we want to do it our way whenever possible.

Economically, none of us ever expected to make a dime off this band. We try to break even– anything after that is icing on top. There’s no money to be made in our kind of music unless you’re willing to relinquish lots of control and play someone else’s game with their hand in your pocket all the while. We all have day jobs, and more than likely we always will. Any success we receive is a privilege, not a struggle. 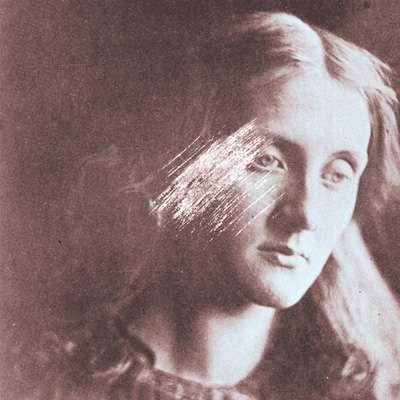 PrevInterview: La Dispute Discusses The Experiences Behind Their New Record
Interview: Self Defense Family Talk About Keeping The Music FreshNext