Interview: Last Chance To Reason level up with their new album

This is our first headlining tour…exciting times! Basically we finished up the album and were looking to hit the road over the summer; Evan Brewer was also looking to do the same thing. We had toured with him before, and he’s a great guy and a great musician, so it was a no-brainer! 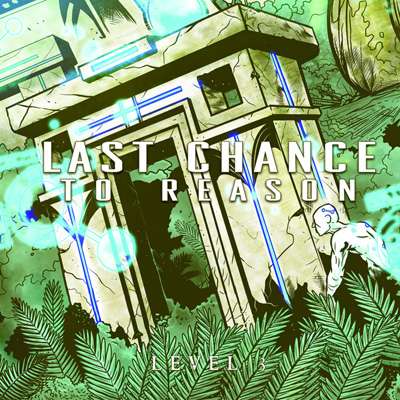 Your new album, Level 3, releases during this tour, how excited are you guys to start playing new material live?

We’re really excited that the album’s out now! We’ve been sitting on it for awhile, so we are just really excited to be playing live again. The new material is just an added bonus.

How do the concepts explored in Level 3 differ from the subject matter of your previous album Level 2?

Level 3 is a slight continuation of Level 2, but it’s not all about video games. It evolves from the concept of the character from the previous album transcending from the second dimension into the third, it’s kind of a twisty, turny thing in that, but it’s about video games this time. It’s a different animal.

How were the creative and writing processes behind the new record different from what you guys did for Level 2?

The processes were similar but there were different musicians in the mix, so that made for a different creative process just dealing with different people. Generally, it was kind of the same thing but there was a little more distance between us so we had to use the interwebs a little more than usual.

Musically, the new material is vastly more complex and well thought-out. Do you feel that the entire band has grown a great deal musically? Did some of this come from touring?

I’d like to think we’ve grown but that’s kind of subjective. If there was a cause to grow it was probably from the bands we were able to tour with during the Level 2 touring cycle. We were constantly surrounded by ridiculous musicians and bands. Just great people. It definitely pushed us to want to do better. As we get older, we wanted to be more tasteful, we didn’t want to be as “in your face” with everything we were doing like we did on Level 2, we wanted to lay back and kind of groove out a bit.

“The Dictator” is one of the heaviest tracks on the new album. What is the meaning behind the track lyrically?

Well it’s kinda hard to give an absolute answer to that because Evan and I both did the lyrics for the album, so we both have our own interpretation for the track. We like to leave it open for interpretation because it gives the listener more imagination to work with, but long story short it’s through the perspective of somebody that wants to control other people.

It’s hard to really say because I’m still trying to tackle that task. I‘m still working on it but I’m going to try to make the two as vastly different as possible, because I don’t want people to hear me on The Contortionist or see me with The Contortionist and go “oh that’s just the singer from Last Chance to Reason just doing his usual thing.” If I’m going to do both at the same time then they have to be vastly different.

How will this affect the possibility of future Last Chance To Reason tours? Will there be a Level 4?

It will make it so that we can’t tour as often in Last Chance to Reason but we are still going to tour and it’s probably good for us to take a break from it. It’s kind of managed to grind us down but it will be good. There will absolutely be another album! I don’t know if it will be called Level 4, but there will be another and I’m excited to start on it!