Interview w/ The Beyond bassist RW – By Eric May

The Beyond
Interview with bassist RW
By Eric May 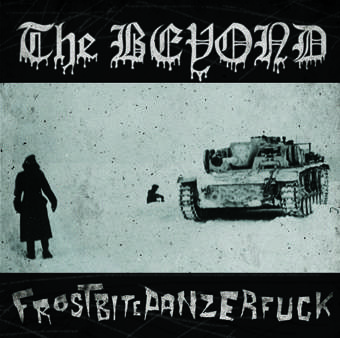 It’s been a long journey getting up to this point. It seems like you decided to re-record all of the tracks on the original demo and throw some new ones into the mix in order to create a full album of material, which gives me both punk and black metal tracks on the same disc. Had this originally been your intention? Or were you going to do a straight black metal or straight punk album at first?

Yeah, you could say we’ve had a long journey [laughs]. We’ve gone through numerous member changes, which can lead to most bands’ demise, but we keep fighting through it. We actually only re-recorded the track “Frostbitepanzerfuck” for the album, everything else is brand new. The mixture of punk and black metal was definitely a blatant one. Our singer Danny Starkiller is a huge punk fan and the original line-up was made up of members from the punk band The Blood Meridian. It was originally started to be a Darkthrone rip off and then when the other members quit or were fired, Danny took all the punk music he was writing for the Blood Meridian and just smashed it all together. I on the other hand have been in the black metal scene for a long time, so I made sure the metal aspect stayed when I joined up.

Obviously, you guys don’t give a fuck about offending anyone with this material. You’ve even recorded a cover of G.G. Allin’s “Cunt Sucking Cannibal” that seems to go along nicely with “Roto-Cunt” and “Goat Sodomizer.” What are some of the comments you’ve received from other people about your material and your thoughts about those comments? What do people generally think about your act?

Honestly, we’ve received a ton of shit from people, but in the same breath, we’ve gotten a lot of praise for it as well. I think it really just depends on your sense of humor. Danny’s number one priority was doing a G.G. Allin song. I picked out “Cunt Sucking Cannibal” since we haven’t heard of anyone covering it. We got a comment from a fellow on how he prefers his woman hating music incomprehensible, ha-ha. He brings up a good point though, since our vocals are fairly understandable it’s been more offensive to people than say Cannibal Corpse singing “Fucked with a knife.” I’m seeing a lot of hypocrisy aimed towards us. We can be offended, but not if we can understand it ha-ha-ha. But, as you stated in the first sentence, we do not give a fuck about your PC attitudes. All in all though, the reviews have been extremely positive, a lot of people are getting what we are trying to do.

Punk is a large factor in the beginnings of black metal and some people still don’t know this. Quorthon and Fenriz both talked about how punk was influential to their sound and Darkthrone obviously embraced it on their past couple of albums. What is your opinion on this?

I couldn’t agree more. I think the problem is that people are thinking it’s just black flag, Dead Kennedys and the Misfits. While they obviously had a huge hand in it, there are a lot more punk bands that were influential as well. Back then punk was the most aggressive style of music around, so like any genre, it expanded into what Venom and Bathory started. I think there are a lot of bands adding the punk/d-beat sound, but there merely just adding heavy Venom and old thrash influence opposed to what we are doing, which is adding strictly Norwegian black metal riffs. I just want to hear good music anymore, I don’t need every band to be breaking the boundaries of genres, sometimes staying old school and writing killer riffs is good enough.

Thanks for putting the punk back into black metal. Keep it foul guys. Horns!

Cheers man, we appreciate you giving us the opportunity to spit some venom and hopefully there will be some crazier more offensive music from us coming soon. 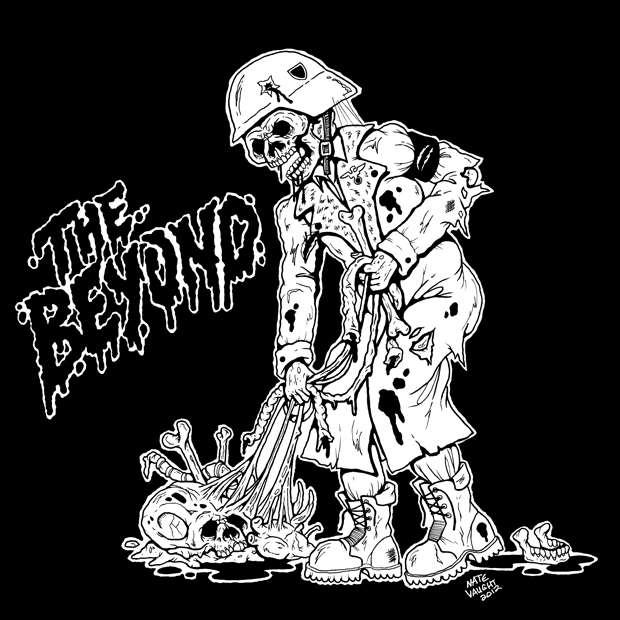 PrevIt’s A Long Way Back: Life After The Ramones – By Tyler Evans
Exclusive Interview: The Dear Hunter on the new album, the new label, and the future of the ‘Act’ series – By John B. MooreNext