Interview with Deryk Whibley of Sum 41

Sum 41 are a rare breed. Although they have certainly broken into the pop world—as evidenced by their massive success, the fact that just about everyone knows the words to “Fat Lip,” and vocalist Deryck Whibley’s former relationship with Avril Lavigne—it’s difficult to find a punk or metal enthusiast, no matter how cvlt they claim to be, who doesn’t have reverence and respect for the Ontario band.

They’ve managed to reach the status of legends, on par with the likes of blink-182, Queen, and Skid Row. As accessible as they may be, they still aren’t afraid to be heavy, and there is no doubt they are continuing to play raw, unfettered music. 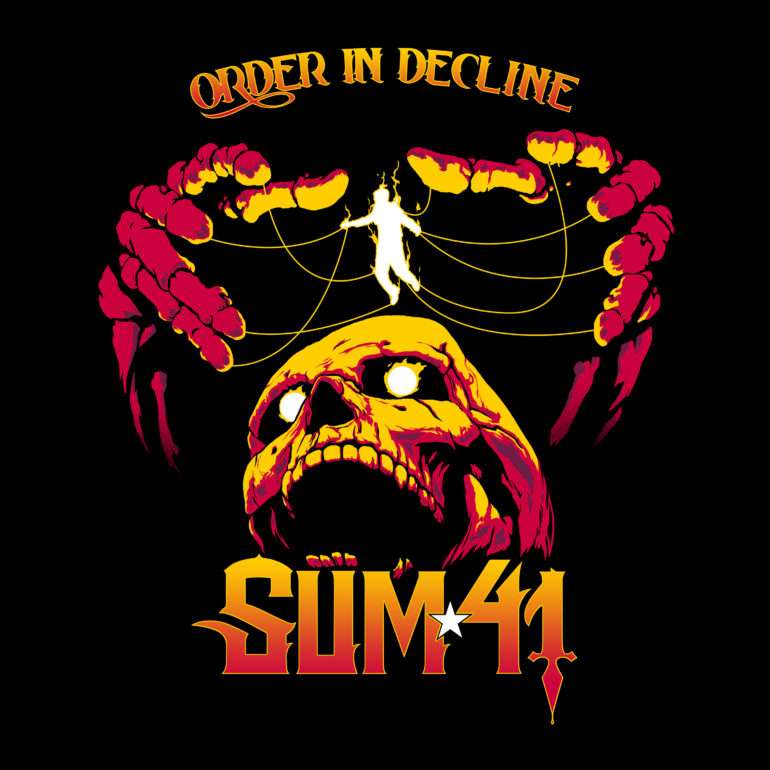 “I was writing and recording a lot of ideas while I was on the road,” Whibley explains about the writing process for Sum 41’s most recent album, Order In Decline, released July 19 on Hopeless Records. “A lot of it was written on buses and [in] hotel rooms, places like that. Then, when I got home, the day that I got home from the tour, I just jumped into writing and putting all these ideas together. Then, in, I don’t know, three or four weeks, pretty much the whole album, musically, was written. Lyrically—that was a whole other story. That takes a lot longer for me, because I hate writing lyrics and leave that to the last possible second.”

While every Sum 41 album undoubtedly has a lot of heart, Order In Decline probably has the biggest chunk of Whibley’s. He was involved in every step of the writing and recording process, and while many have applauded the album for being their heaviest work yet, he claims it simply came to him naturally. He also touched on emotions he didn’t even realize he was feeling.

“At first, when I was writing lyrics, I didn’t really come up with anything; they just sort of, kind of came out,” he says. “My lyrics kind of just come out of gibberish, and I hang on to certain words here and there. I start running with those to see where that leads me. I kind of find out after a couple of lines of the songs that I’ve written down what it’s turning out to be. But this time, every time I was coming up with words, they had something to do with what was going on with the world, with certain things that were actually happening. The sort of overall chaos and division and hatred and anger and polarization were coming out in the music. I fought it at first, because I didn’t really want to go down that road. I didn’t want to make a political record or any kind of protest record.”

As he wrote and reflected on the record he was creating, Whibley realized he was creating exactly the kind of record the world needed. His lyrics, and the album itself, were mirroring what was going on around him.

“What I realized was, the reason I didn’t want to make a political record was because of what I saw traveling all over the world,” he says. “Wherever you went, every country had its own version of some kind of division and polarization. It was about completely different things, but everyone has their own version of it. So, it wasn’t necessarily about one specific thing; to me, it’s just about the world. It just seems like there’s chaos everywhere.” 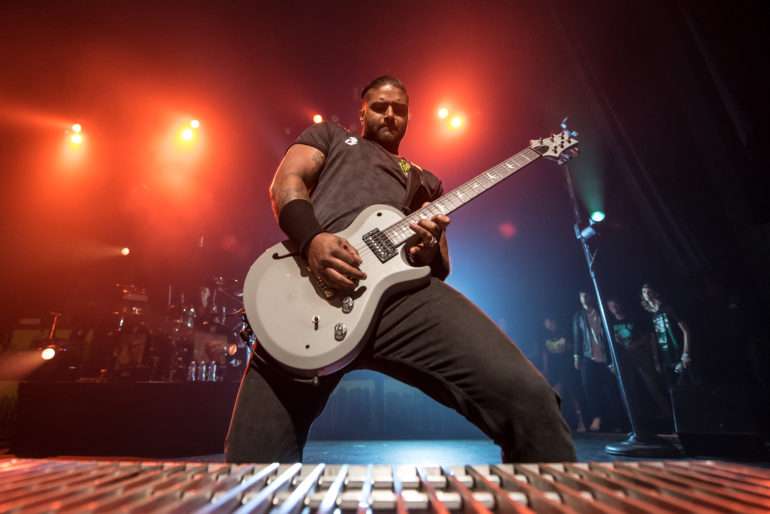 In addition to tapping into heavier political themes, Whibley also tapped into some more personal material on Order In Decline.

“The last song on the album is one I didn’t necessarily mean to write,” he admits. “I sat down at a piano one day, and I was just kind of, like, testing out the piano to see how it sounded and I started writing this song by accident. As the words started coming out, I realized what I was doing. I didn’t really want to write the song. I thought it was too personal to write a song about how I never met my father. I don’t have any interest in that; it’s not something I ever think about. It’s not something that bothers me, probably because my mom is so amazing. She was such a strong single mother that I never even had the thought of missing a father. But I started writing, and I thought, ‘Obviously, it’s coming from a real, subconscious place.’ Then, I started thinking, ‘If anything, he must feel worse than I do, because I had this great mom, but he never knew his son.’”

In terms of the music Sum 41 are making, Whibley is confident that they are tighter and more together than ever as a band. Instead of worrying about living up to previous albums or surpassing their best work, they are simply enjoying the chemistry they have now.

“I don’t know, it just feels comfortable playing,” Whibley reflects. “I think it’s like that with all bands. I think if you stay together and you play together, the longer you go, you get better and tighter as you go. Like, I was just reading about The Rolling Stones, how they are better now as a band than they ever were before. You know, they may not have the songs that they used to have, but you know why they don’t just write the same songs? Because they got better as a band.”