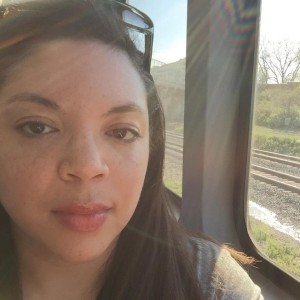 For all intents and purposes, Restorations should not be a band. What began in 2008 as a low-key project among friends soon evolved into a full-fledged touring and recording beast.

By the time the Philadelphia quintet—which, today, includes guitarist Dave Klyman, vocalist and guitarist Jon Loudon, guitarist and keyboardist Ben Pierce, bassist Dan Zimmerman, and drummer Jeff Meyers—released LP3 in 2014, they were burned out from touring and ready for a break. In the ensuing four years, Loudon was married, Pierce opened a diner, Klyman went to school, and Meyers rejoined the band.

“This band, everything hits us way too late,” Loudon says. “We started and were like, ‘We’re not gonna do a whole lot with this.’ And then, we were on our second tour and like, ‘Oh, wow, I guess we’re touring. Oh, wow, I guess we’re making a new record. This is great.’ Then, you’re in Europe, and you’re like, ‘Oh, wow, I’m really tired.’ You don’t realize until after you’ve committed to all these things what’s gonna happen.”

During their “break,” they kept Restorations on the back burner, doing a few one-off shows, releasing a random song here and there. They weren’t ready to hit the road with the same intensity they once did, but they weren’t ready to call it quits either. “It didn’t totally feel like time off. It still felt like work on our end,” Loudon says. “We were still playing shows and still writing. We were still very much looking at the next project all the time.”

Looking back on the past decade, he’s surprised they’ve made it this far. “I definitely thought this was going to blow up a bunch of times, but it just refuses to,” he says. “That’s really the fun part about it for me. You just find yourself in the van sometimes. All the guys in my band, they’re my family at this point. So much of this is intertwined with everything else.”

That link between real life and band life is the connective tissue that holds LP5000—their fourth full-length album, out Sept. 28 via Tiny Engines—together. A lot has happened in the last four years, not just for Restorations but for their hometown of Philadelphia and the country as a whole. Songs about Philly’s changing landscape, “The Red Door” and “Remains,” sit comfortably next to a song about the country’s precarious political landscape, “Melt.”

As Loudon aptly points out, being in a band in your mid-30s is much different than being in a band in your mid-20s. Those punk ideals that once grounded you are difficult to maintain when you’ve got bills and marriage and a 9-to-5 job to think about. “I love your protest lines / Oh, but who has the time?” Loudon sings on “Nonbeliever.” As the years pass, complacency creeps in. It’s a mindset Loudon is keenly aware of.

“What team am I on? What am I doing to make things better? And then also, not starving to death in the meantime,” he says, laughing. “How do you have a decent job that’s going to go somewhere and also lets you tour and speak your mind and be yourself? It’s a delicate balance for sure.”

It’s a balance Restorations feel much more equipped to handle now than they did 10 years ago. For Loudon, LP5000 is a reset. The band who shouldn’t have lasted this long aren’t going anywhere. “It feels like a new thing again, which is exciting and engaging and makes you feel like it has a little bit more legs than I thought it did,” he says. “This is what I wanted to begin with. It just took us 10 years to get there.”