It’s no secret that the A389 back catalog is something of a treasure chest brimming full with the finest hardcore, death, sludge and doom. Maintaining an impressive output in both quality and quantity, it’s damned near impossible to single out a shortlist of classics, but we’ve picked out a few violence-encrusted jewels with a few words from head honcho Dom Romeo.


Other than Kiss, Integrity is my all-time favorite band and are a huge part of why A389 has existed for ten years. A lot of people are partial to their ‘classic’ 1990s material, but fact is, the material they wrote and released with Rob Orr at the helm is up there as some of their best. The title track is my favorite Orr-era Integrity track but the whole 7″ is brilliant. While technically it’s a reissue of a couple obscure European editions, we added their cover of “No Power” by Zouo to make it a little special and different. [purchase]


This record was such a huge honor to be a part of and a serious bucket-list accomplishment to work with one of the coolest bands of all time. I remember getting the original (rejected) test pressing and just jamming it over and over. Such great riffs and Mike IX’s vocals are sicker than ever. These dudes are old as dirt and STILL deliver! [purchase]


ILSA has been my favorite local band for years; I even joined on guitar for a short stint when they were in between guitar players. I loved their first LP (Tutti Il Color De Buio) so much, and was so stoked that they wanted to release Intoxicantation with me. Everything about this album is perfectly heavy, ugly and evil: the songwriting, the recording, the artwork and the packaging. Amazing. [purchase]


Musically this is Gehenna at their leanest and meanest – completely vicious and volatile. I had the original LP for years but always dreamt of reissuing it with the original artwork as a gatefold (I had actual dreams of this happening; it’s not just a metaphor). The opportunity presented itself and we got the record out in time for the A389 IX Bash with Catharsis and Integrity and the rest is history. [purchase] 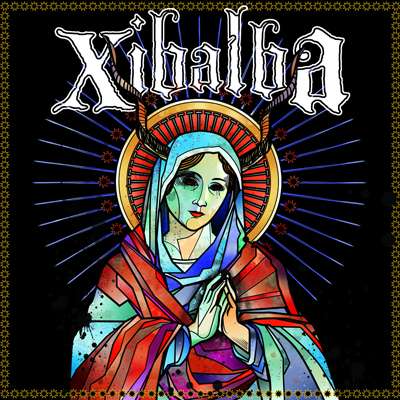 
Back when Pulling Teeth was an active band we played with these dudes in California. I remember Todd Jones (NAILS) telling me I HAD to check out this band Xibalba. A couple years went by and I picked up their album Madre Mia Gracias Per Los Dias and was floored at how heavy it was. We decided to re-release it as a self- titled album with bonus tracks and better artwork. These dudes needed something iconic artwork-wise so I got Linas Garsys on board to create the Virgin Mary with missing eyes. Definitely one of my favorite A389 album covers. [purchase]


If there was ever an A389 band that came out of the gate firing on all cylinders it would be Noisem. I haven’t met ANYONE who hasn’t been blown away and floored by this band. These young dudes ripped so hard live, we had to make sure the recording and artwork were top notch so we had Developing Nations/Audiosiege handle audio and Szymon Siech handle visuals. I think this is a release that will be remembered for a very long time. An instant classic. [purchase]