From a simple wish to re-release an out-of-print album came a chain reaction, and soon Pelagic Records was releasing music for upwards of 13 or 14 bands. Pelagic remains a small but tightly knit record label dedicated to music that Robin finds intense and inspiring.

When and how did Pelagic Records start?

In the beginning of 2009 I asked Metal Blade if they wanted to re-release an old The Ocean album called Fluxion that came out in 2004 and Andreas from Metal Blade said, “we’re not going to be able to do this right now. We have too many releases, but why don’t you do it yourself?” So I started thinking about it and came to the conclusion that I should do it myself, and that was the first release. Andreas also hooked me up with a bunch of contacts, mostly distributors, and we set up my own deals, which was fairly easy with the recommendations from Metal Blade. I signed another band called Nebra, which was my second release, also in early 2009, and I felt that it was all going somewhere and it was something that I enjoyed doing. Now we’ve been releasing things for four years and have, I think, 30 releases. [Laughs] So I haven’t been too active with the label. I’ve basically been doing it whenever I have time off from tours with The Ocean and whenever I found something that really blew me away musically, and that’s how I’ve been treating it and that’s what I want to do. 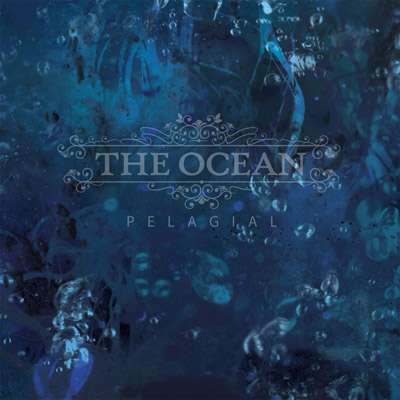 On the Pelagic Records website there’s a small paragraph about your philosophy on the art of the “album” and how it’s an art that is being lost in the digital age of music as people’s patience to listen through a large piece of music is diminishing. Could you elaborate on that and how that ties into how you run and release things through Pelagic?

There are a zillion different approaches to what an album can be and should be, and I don’t want to be the priest to dictate or decide that. I go with what I like, but I do like albums that have some kind of coherence to them, where there’s some sort of inevitability and you have a feeling that it’s been conceptualized as an album and not just as an array of songs. And that doesn’t mean it has to be a concept album with a big idea behind it, you know. That can be the case, and I do like to do that personally, like with The Ocean, but not all albums Pelagic releases are concept albums. I just mean like an album where every song has its place, and all the tracks are put together in a certain order, maybe with transitions or interludes between the songs that connect it all and create this kind of movie-esque feel that sucks you in and doesn’t let go until you’ve reached the end of the album. That’s what I like about a lot of the albums we’ve released, and that’s also my approach when I write music myself: to offer a consistent piece of music from beginning to end more or less.

How do you decide which bands get signed to Pelagic Records?

I basically follow my ears and my personal appreciation. I get approached more and more these days by bands sending in demos, which I sometimes don’t have time to listen to unfortunately, but sometimes that happens. Like Lo!, who are from Australia and they sent me a really cool, carefully designed demo that was a mini CD packaged with a silkscreened cardboard cover and that raised my attention of course. When you get something that looks special, you are more likely to actually listen to it, and so I did and I thought it was awesome and I signed them because of that basically. But, usually it’s recommendations or just seeing a band live. In fact, Family, from New York, one of my end of last year’s releases, supported us on our last headlining show in New York City, and they just blew me away live and so I signed them. And Abraham, I came across through recommendations from friends and they gave me a CD and we listened to it in the van and thought it was brilliant. It’s different, sometimes it’s just recommendations, sometimes it’s demos, it can be anything really. But I do release what I like, what I think is good, and of course it has to fit the aesthetic of the label and the other bands. Which doesn’t mean it has to be a certain style, but kind of has to fit with the label.

What do you think the role of a record label is in this digital age of music where bands have all the tools they need to do everything themselves and what do you have that makes bands feel that they need you backing them?

Well, record labels have become pretty obsolete in a lot of ways. [Laughs] I have no delusions about that, and I’ve realized it on my own, and how it was when we signed to Metal Blade seven years ago was completely different than nowadays. But we’re still with them, and there is a reason, because they still have to do good work for us and they have access to promotional budgets we don’t have, and to contacts, and I think they have really contributed to building The Ocean’s success. And I can’t compare Pelagic to Metal Blade because we’re much smaller and we don’t have a legendary history of releases or anything like that, but that just shows me that there are still reasons why labels are somewhat important, and that gives me motivation to keep things going with Pelagic. I think what I do for a lot of bands is that I help bring things together from all different kinds of areas that are involved with the production of a record, starting with trying to come up with a very unique packaging, for example. That’s something that some bands know how to do very well and others don’t, and I think it’s crucial nowadays to offer something special in order to motivate people to buy music as a physical product. We started this vinyl series with silkscreen covers for example, which we’re doing for The Ocean’s The Great Inquisitor 10”, and we’re also doing for the The Shaking Sensations, The Old WInd and Lo! releases, that are all coming out in April. It’s all going to be this very nice silkscreen thick cot with a colored vinyl that you can actually see when you flip the packaging around to the backside. This kind of stuff is something that most bands probably wouldn’t be able to accomplish on their own, and then of course promotion and contacts I’ve gotten over the years who work with and for The Ocean and that now a lot of Pelagic bands benefit from. There’s many different aspects that flow into it and technically all the bands could release their own records but they wouldn’t have access to my distribution networks, they wouldn’t have access to the promotional networks, also to the manufacturing and everything that’s involved basically, so I think that’s why it’s still attractive for bands to work with record labels.

Check out our review of The Ocean’s Pelagial here:  http://wp.me/p3cYwV-20Q