Lagwagon Recapture the Spirit of Their Earlier Records with ‘Railer’

Joey Cape and his band didn’t intentionally start out to make a classic Lagwagon album.

“I had just finished Let Me Know When You Give Up (Cape’s latest solo record), and there were some delays in that process. We had already scheduled a recording period and a writing period for the Lagwagon album,” says Cape, singer/guitarist for the pop punk mainstays. “So, when I was sitting in the studio just trying to come up with stuff, I sort of started going through old Lagwagon songs trying to jar my brain into getting back into that mode after working on something else for so long. And I think the result is just that it sounds a lot like the old stuff.”

That’s not to mean the songs off of Railer, the band’s latest and first LP in five years, out now on longtime label, Fat Wreck Chords, didn’t come naturally. At first it wasn’t something that was intentional, Cape says, it wasn’t calculated or intentionally contrived. “But then as I started working on the songs and started to see what I was putting together I kind of realized that it sounded that way and then I thought ‘well shoot, you know I’m just going to go all in on this.’”

He talked to the band about the direction and they all seemed pretty stoked about it, hence the goofy album cover and a lot of the lyrics. “It was really fun,” he adds.

Order a copy of Railer here. 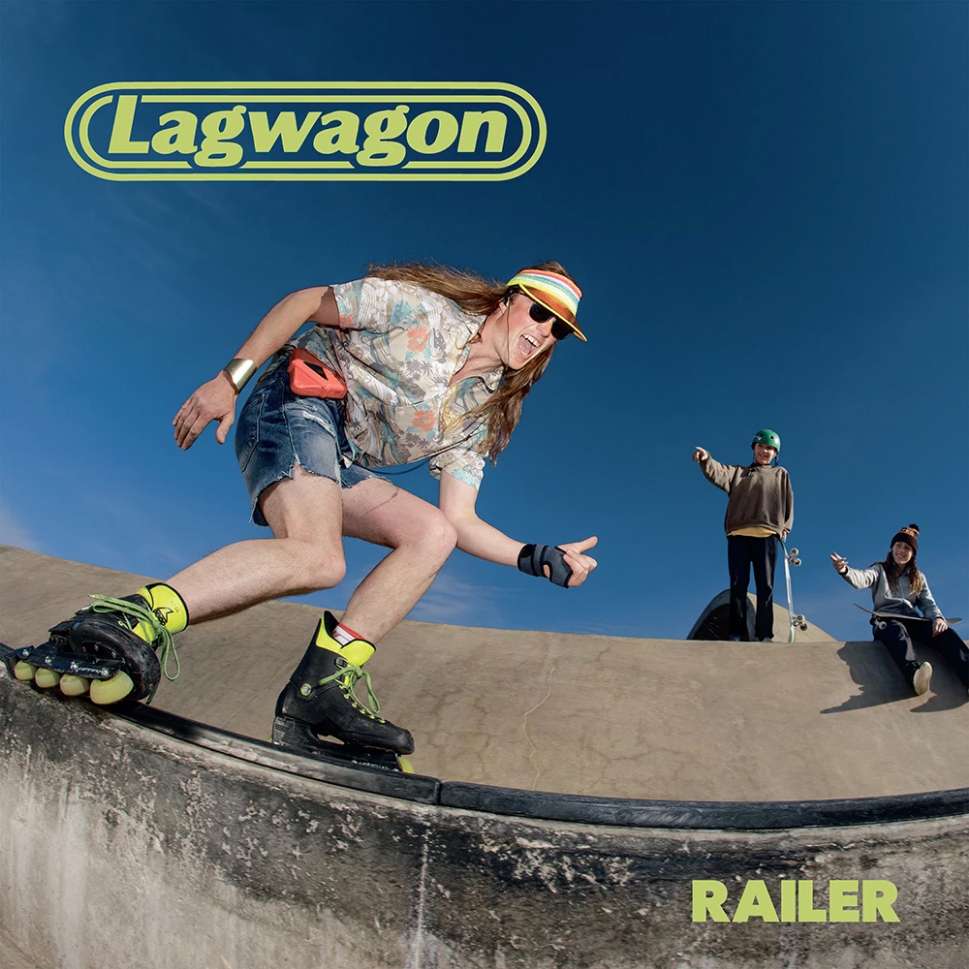 Also, on board for the throwback nature of the record was Cameron Webb. The producer was first suggested by drummer Dave Raun, a big fan of the Motörhead records that Webb produced.

“I had a meeting with him at his studio I knew he was the right one,” Cape says. “I said to him ‘I kinda wanna do a throwback thing with this’ and he was thrilled. The albums of ours that he was a fan of where the earlier stuff. I think it made him really happy and he produced accordingly, but I can’t speak for him.”

One of the ways Lagwagon recaptured the spirit of those earlier records on Railer was by tightening the timeline it took to write and record each song and not overthinking every word written or note played. The experience, according to Cape, was pretty liberating.

“When you decide not to second guess things it can go one of two ways,” he says. “It could just as easily have gone to being not interesting and not innovative. But I think in this case it went the right way and ended up working somehow. I’m actually still a little bit surprised. I like the record a lot. but it was sort of miraculous, just a few weeks and we were learning the songs and the next thing you know we were recording them. I don’t think we’ve ever made a record this fast ever.”

Over the past decade, Cape has managed to deftly handle the dual commitments of his longtime love, Lagwagon – a band that has been around since the early 1990s – and his solo efforts and while there is definitely a striking difference between the full-born distortion punk rock of the former and the subtler acoustic sound of the latter, Cape has not taken either for granted. He admits that each, for lack of a better phrase, manages to scratch an itch. And while “solo record” for most bands is usually shorthand for the end is near, Cape says he has no intentions of seeing Lagwagon giving up any time soon. 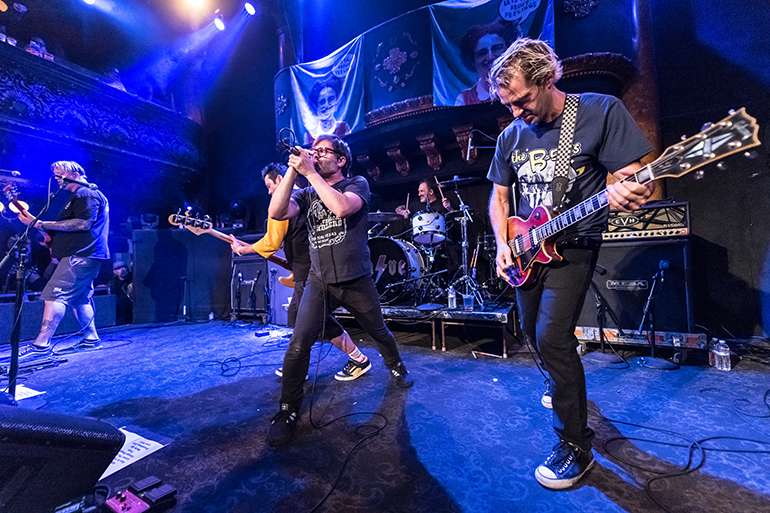 “I always say ‘til the wheels fall off,’ you know what I mean? When you’ve been a band as long as we have it would just seem so unnatural if it were forced out of our lives. If we chose to depart from making music with each other that might be a little bit heartbreaking,” he says. “At some point something will happen, but this is easy because we’ve been doing it for so long and the chemistry is so natural and we still enjoy it, so there’s kind of no reason to stop.”

And Cape, as well as he bandmates, realize how lucky they are to get to play their songs night after night to fans that have been coming out for over 20 years now.

“Everyone that is in our band has been in this business for lack of a better word for so much longer than Lagwagon has been a band,” he says. “I think we’re all lifers. I don’t know that any of us have other options, so we keep doing it. But I do believe that if any one person in the band really truly hated doing this that they would leave but I think that everyone still has fun doing it.”