UK’s Anathema are elder statesmen of powerful and atmospheric rock. On June 10, they released their phenomenal tenth album, the culmination of chops, know-how and passion that is 25 years in the making.

Born in the early ’90s as a pioneering death/doom metal band, Anathema have evolved into post rock purveyors with far more in common with Sigur Ros, Mogwai, Portishead and Explosions In The Sky. And their latest, Distant Satellites is a stunning testament to the heights the band continue to reach at every turn. Simply, it is another brave chapter in the band’s ongoing story.

New Noise Magazine caught up with Anathema’s guitarist, keyboardist, and vocalist Dan Cavanagh following the release of the album via Kscope to discuss their legacy, and epic new undertaking.

The band is coming up on its 25th anniversary. Is there a secret recipe for making something work for that long without letting outside or internal pressures kill it?

It’s always been a life calling for us, in particular for myself and John (Douglas) and Vincent (Cavanagh) who formed the band many years ago with Jamie (Cavanagh) and Darren (White) and then with Duncan (Patterson), although it transpired that Darren and Duncan weren’t to stay long term within the group, I’m grateful for their contributions. I feel that we’ve been fortunate enough to find each other and be able to work within a team, and now thanks to stability we’re able to move forward.

And after 10 studio albums I imagine there are some tricks of the trade that you’ve picked up along the way. Do you continue to learn something new with each album? If so, what were some of the lessons you learned while making Distant Satellites? 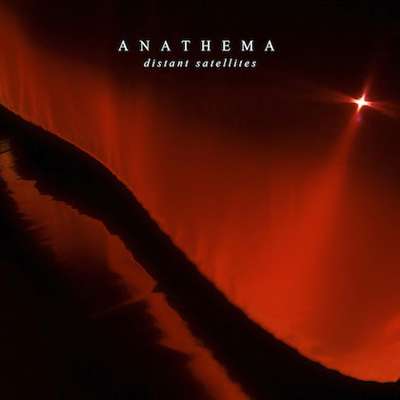 I couldn’t give trade secrets away, but I have learned three things since working with Steven Wilson: don’t make albums over 55 minutes; you can’t replicate an orchestra; and, don’t use too many layers of recording.

What was Christer-André Cederberg able to bring to the table that helped to push the band’s sound or approach in new or unique directions?

He brings a lot. He is the man at the helm to help us make our ideas come forward and sometimes chip in with thoughts and ideas of his own. He also managed the studio process with us,time management, mixing and so on. He has been really integral to every recording since Weather Systems.

Do you believe it is more important to make albums that can be played from beginning to end and enjoyed in the entirety, even in an age of “singles” and shorter attention spans?

Personally, I like making albums as it’s a challenge and a format that I really appreciate. It’s what I’ve always done. I listen to Distant Satellites almost always in full.

Is there a prevalent theme or idea that guides Distant Satellites?

The idea that people can go on stranger orbits in their lives and that love can be the gravity that pulls them back to those who belong with them.

Were “Lost Songs” parts one, two, and three from the album a result of having to recreate some songs that were lost during the production of the album?

That is true yes. I was upset about losing a song, but I’ve gained three others. So it swings in roundabouts. In trying to remember the “Lost Song” these three others were born, rhythmically and melodically.

Is this album a conscious departure from what you were doing on We’re Here Because We’re Here and Weather Systems?


Most of what we do isn’t that conscious. The music guides the way and tells us where it wants to go. If there’s been a change this time, it has been organic and natural and not really forced or heavily thought through. The final third of the album is actually the oldest material, but it felt like now was the right time to do it.

One of the working titles for this album was Kid ACDC. Can you explain that?

Is there anything you would have done differently now that you’ve had a chance to digest the album?

Yes, a little, but not too much. And I shouldn’t divulge that information.

I think when most audiophiles and music fans think of Norway they think of heavy metal. Has any of that legacy leached in to your songwriting?

Social media has made it easier than ever for bands to connect with their fans worldwide. Is being connected and having discourse with your fans part of the band’s approach?

Not personally, no. But the management use social media on the band’s behalf. I recognize the influence social media has in the world, but I chose not to take part.

From what I can tell, the band have always been well-received critically. How much stock to do you take in criticism from the music press?

What are your plans for touring in support of the album?

Lots and lots of touring and exciting plans ahead!! Europe, USA, Australia, and some interesting ideas for 2015 and ‘16.

PrevInterviews: Helmet Talks About Making ‘Betty” and Why Playing The Album Live Is Difficult
Interview: Smalltalk Talks About Their Recent EPs… And Jamie Hates U2Next