Scott H. Biram is A Hard Guy to Pigeonhole

Interview with Scott H. Biram  |  By John B. Moore | Photos by Sandy Carson

Scott H. Biram is a hard guy to pigeonhole. At some point during his musical career he’s played country, punk, blues, metal, gospel and Americana. And you get the feeling he’s just getting started.

On Biram’s latest, Nothin’ But Blood, his tenth or so record, he still manages to straddle more than a few genres. From the gruff rock of “Only Whiskey” to the gospel song “When I Die,” this Texas artist, born and bred, has proven yet again why he’s popular with everyone from the hippies in Austin to the rednecks in rural Maine.

Having just dropped off a guitar to be repaired, Biram got on the phone recently to talk about the new album, recording when inspiration strikes and his potential gospel record… and blues record… and country record.

Let’s start off talking about the new record. You recorded this one in your own studio right?

Well, this is the first time I tried to record in another studio, but I’m a control freak so we recorded like 12 songs at the other studio and we were kind of banging heads the whole time. We just had some misunderstanding and I was trying to explain to them what I wanted to do and he just wasn’t getting it. I think we just have different taste in music. So we recorded 12 songs and about a month before we were going to mix it down, I went back into my studio and recorded six of the songs over again and a few more and brought them back to him to mix.

How long have you had your own studio?

Since the Dirty Old One Man Band, I’ve had my own studio, so since 2004 and it’s just gotten better and better.

When I write a song, a lot of times, if I’m afraid I’m going to forget it, I’ll record it on my phone. But if I have my studio set up, I usually run in there real quick and record a demo version, so I don’t forget it and capture the essence of it. And every now and then I’ll come up with a song, record it the next day and that will be the one that makes it on the record.

Does that happen very often?

It does. But every now and then they start to evolve a little bit more. I have a song that’s kind of half written and I’ll take it in there and add on to it. It’s sort of like having a painting that you add on to. Also having my own studio gives me much more freedom to experiment.

When you’re working on a new album, do you have to put yourself in the mindset “ok, I have to write these songs for the next album” or do you just write all the time and put together a record once you have enough songs pulled together?

It kind of depends. I try and shut my writing off once I have all the songs for an album. I can always keep adding and adding, so I try and cut off the floodgates. There’s also times when I go and start a record, just because it’s time for a new one and I have nothing and have to start writing the songs as I go along, or look through old files of old projects that I’ve done. I also have old songs that I’ve had for eight or 10 years, but never did anything with. I have quite a few songs that I just have never found a place to put them. There’s a couple off this album, like the “Nam Weed” song, that I wrote years ago.

Is there a general theme to this album or is it just a series of different things you were going through at the time?

Well, mostly it’s just songs that I had to record at the time. Nothin’ But Blood was this title that I came up with awhile back and I thought it would be good for a heavier record, and though this one has a few heavier songs, it just worked. It’s called Nothin’ But Blood, so you might go in thinking this is hardcore and it’s actually really mellow. I mean it’s still got “Church Point Girls” and “Around the Bend” and “Only Whiskey” and those are all pretty heavy duty.

Getting back to “Nam Weed,” I really liked that one. Do you base your songs on people you actually know?

No, old songs like “18 Wheel Fever” all my trucking songs come from me being on the road all the time; That lonely, driving down the road feeling I get all the time, but songs like “Nam Weed,” it addresses Vietnam, but to be honest the inspiration was from the first scene in Jacob’s Ladder. That and this time when me and some friends of mine were in a punk band and cut up a “Don’t Mess With Texas” sticker and switched it around to make it say some different things and one of them was “Nam Weed.” I just always thought I should write a song about it. And it’s hard to say what kind of mindset I was in when I wrote it because that was 14, 15 years ago.

Well it’s a great song. That one and “Never Comin’ Home” really jumped out at me the first time I heard the album.

“Never Comin’ Home” was one I was just playing around with in the living room and wrote the words down in about five minutes. It’s very similar to “Still Drunk” from a few records back. The music was more of a vessel to carry the lyrics. I wasn’t as concerned so much about what the guitar was doing. It was more so I had something to sing over. This is also the first time I had a tape machine in my studio and we recorded almost this entire thing on tape.

You’ve also got some great gospel songs on this one like “When I Die,” and “John The Revelator.” Ever thought about putting out a gospel album?

Totally. I’ve thought about a gospel EP or a whole gospel album…I like the sound of it and the way it makes me feel and the affect it has on other people. Also, I’ve thought about putting out a whole country record with a full band and I’ve thought about “Scott Biram sings the Blues.” But it’s a lot harder these days with as busy as I am and as many opportunities as I’m given. It’s a lot harder for me to wrangle other musicians and to get a whole plan like this together. I don’t have as much time to sit down and practice with a whole group of musicians because I’m always on the road. 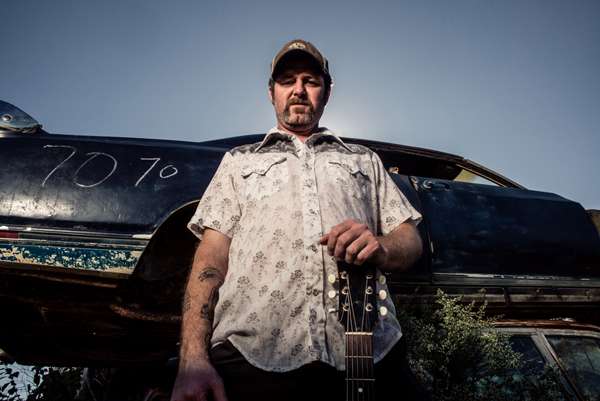