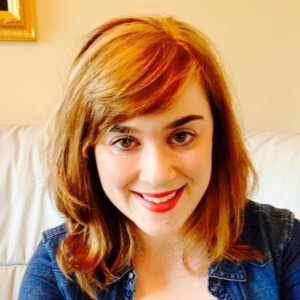 There are three Ps in Set Your Goals: Pop, Punk, and PMA—positive mental attitude. But, when the band started to become a business, the guys decided it was time for a break. Though they released two new songs in 2012—“Only Right Now” and “I’ll Walk It Off”—it’s been almost five years since their last full-length, 2011’s Burning at Both Ends, and tour. From playing in What’s Eating Gilbert to going to college and settling down, Set Your Goals have been busy livin’ it up in the meantime. After remembering the good ol’ days, they decided to kick it old-school once more, but in the biggest way possible. Breathe it in: this is the mature, seasoned, laidback band you knew from yesterday, just more well-adjusted. Having just played both incarnations of Riot Fest—alongside Neck Deep—and ready to conquer the world one posi-jump at a time, singer and songwriter Jordan Brown says the group are back to talk about the issues, the state of pop punk, a new record, PMA, and self-discovery. Cup your fist in unison, Set Your Goals are back at it again.

Were you nervous to play Riot Fest? It’s kind of a different beast; Set Your Goals have played a lot of local West Coast shows since getting back together, but nothing like Riot Fest.

Once we started playing shows out here on the West Coast, we just got a wave of not wanting to stop. We totally were like, “Why did we stop playing? This is the greatest.” We knew why at the time; there was a lot of stuff going on internally in the band. The band was trying to become a business, like, naturally, you evolve into that. It was anti-art, it was anti-punk rock. Even if you don’t want to be super punk, super antiestablishment, it still is a part of you, because you don’t want to play music you’re not happy writing. We didn’t have that anymore, because we all sort of got more involved into our other lives; we all have stuff going on.

It’s fun now, because we’re doing more [punk rock shit] and the only thing [we felt wary about] was playing festivals. We wanted to make sure, since we’re playing a bigger stage, that we sound good. Not so much nervousness as carefulness. Respecting not just Riot Fest and the promoters, but everyone buying the tickets and coming to Riot Fest. It’s such a valued ticket, you know? Working retail jobs, I know what it’s like these last few years having to save up [money] to go to these festivals. Just having respect makes you less nervous and more serious.

It’s been five years since Burning at Both Ends and four years since your last release. What have you guys been up to?

Mike [Ambrose], our drummer, and Junior, [Audelio Flores], our guitar player, were in What’s Eating Gilbert with Chad Gilbert [of New Found Glory]. They did it for fun, it kept them playing together, and they liked it. I stopped playing music altogether; I wasn’t inspired to write anything. [Vocalist] Matt [Wilson] started a metal band called Chains; he’s always liked metalcore and hardcore. Joe [Saucedo], our bass player, started a band with the guys in Strike Anywhere called Great Collapse. Mike started a woodworking business; he builds furniture. Junior started working for a merchandise company that handles merch for bands like A Day To Remember; he also has two daughters now. [Guitarist] Dan [Coddaire] moved to Atlanta; his wife works at Gap, and they have a house out there. He now works for the School of Rock. Joe bottles beer for a canning company in Portland, Oregon. I went back to school [laughs].

You are all so busy, why did you want to come back together now? Was everyone equally thinking about each other, like it was in the back of your minds, or did someone initiate the return?

Smartpunk wanted to do a 10-year anniversary vinyl for Mutiny! They approached Junior about it, since he works for a merch company that is associated with Smartpunk. He didn’t really give them an answer. It was at the beginning of [2015]. Towards November, they asked him again, and he reached out to us. I said it sounded great. Then, I was taking a Shakespeare class and [noticed] how he was commenting on society and how that parallels with our own past experiences. I was reflecting on what tour was like, our dynamic, our band, and then, during class, I got an email from [Junior]. After class, I was thinking maybe we could put [Mutiny!] out with an extra song or something. I didn’t see people wanting to buy it if there wasn’t new music attached to it. I called him up and asked to play some shows, make new music, and he said they’d been waiting forever to have that happen. Everyone was onboard and waiting to hear from it; it was quite perfect.

So, is there a new album in the works?

Yes. Musically, we’ve never had this much content. I usually write and feel out rhythms acoustically. Then, we bring everyone else in, and we build in guitars and everything. We’re talking to a few people to do the record. We’re going to go back sonically to what we did in our second album. Just really big guitars, drums, and something that hits really hard but carries the energy of our other records. We’re hoping to record in the spring and have it out by summer [of 2017].

Is it weird getting to play music with each other again, or is it more of a warm welcome back?

When we all got together, it was like no time had gone by. I think what was different was when we first played at 924 Gilman, that’s when we realized it was very different, very emotional. I didn’t pick up on that emotion, I picked up on the excitement. A lot of the guys said they couldn’t even play their instruments because it was so overwhelming. It sunk in for me later. I realize more and more as days go by. Once we got to England, it was like, “I haven’t felt this way about these songs before.” It was a brand new feeling. We got home and had to keep booking more shows. Having time off from that, and when we did a show at Warped Tour, it reassured us that we need to play more and more.

You talk a lot about politics, institutionalized religion, and corporate and commercial business in all of your records. Are there going to be songs about the current state of affairs in the U.S. on the new album?

There’s absolutely songs about what’s happening currently. The main themes are about positivity and for people who are alone or have been bullied or maybe don’t know who they are—people who are made to feel a certain way and have been told they’re nothing, or work a certain job. It’s encouraging [them] to be louder than the voice that is telling you that you can’t do something. Whatever you’re going through, someone else has gone through it too, you’re not alone. Even if it’s not the same situation, it’s the same hurt. I think with young kids, they don’t have a point of reference, they don’t have those experiences to reflect on.

One of the songs is about a [former Stanford] swimmer who raped a girl, […] but the judge let him off with six months, [and he only served three]. I don’t know if you’ve heard about this…

Brock Turner? Of course I have.

Yep, so it’s crazy. We know this happens; we wrote songs about the death penalty and miscarriages [of justice], innocent people being executed—the whole legal system. But, I wanted to get specific on stories we did and talk about this story, this guy and what he did to her. The working title is “This Kind of Stuff Happens All the Time,” because this stuff happens all the time and nothing changes. We shouldn’t stop talking about it. As far as the [presidential] race, I doubt we’ll talk about that. It’s just so ridiculous, it’s just like a circus. We’re going to get down into societal issues. The Stanford [swimmer case] was just so close to home, it was something we had to write about. 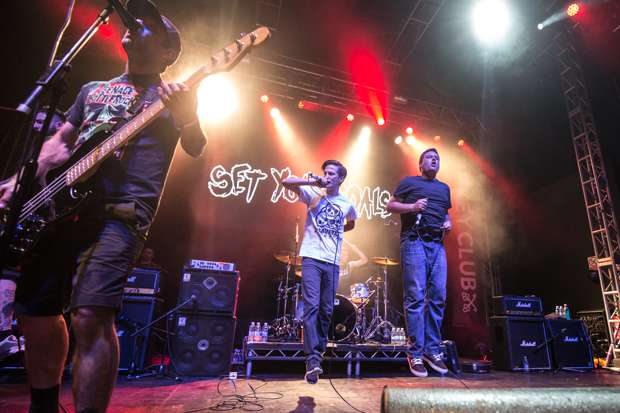 That’s awesome. It’s important that bands have a positive message to send in this day and age—especially knowing the people making the songs you listen to aren’t horrible trash cans and are a positive influence in the scene.

I feel like we try to exemplify that as much as possible. I’d like to think more than not are like that, because [we’ve played] Warped Tour, and there’s so many bands that are like that. They’re terrible, terrible people out there taking advantage of girls. There’s a line that you draw. There’s so many great, established bands that are good people. We’re about to head out on tour with Good Charlotte, and those dudes are amazing, they’re just, like, good people. They care about music, and they care about people. I think with Warped Tour, you have to play it, you can’t let them get away with it. You have to make a presence and grab people. Eventually, they’ll see the other stuff is crap. Hopefully, they’ll grow up and see that the way [those bands] treat people isn’t right. Be a positive influence, make a difference.

What has been your favorite part of getting Set Your Goals back together?

[We’re] really excited to get out there and play, but also to go out and try different cuisines and what the road has to offer. Most of the band is vegan now. Our drummer went vegan two years ago, and that blew my mind. Matt’s been vegetarian forever, but once our drummer went vegan and took me somewhere in Dallas, Texas, I was [converted]. It was great. It wasn’t what I thought it was; I was always under the impression everything was always very earthy tasting. I was intimidated and insecure around what I thought was a “I’m better than you” mindset. [Mostly], I’m super excited to be getting back to writing music; I think it’s the best stuff we’ve ever done. I’ve never felt this strongly when writing songs.