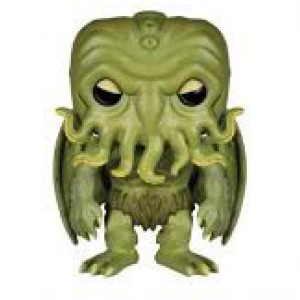 It has been a whopping eight years since we last heard from Venomous Concept, a punk/metal supergroup that consists of guitarist Shane Embury of Napalm Death, Lock Up, Bent Sea, and Brujeria; drummer Danny Herrera of Napalm Death; vocalist Kevin Sharp of Lock Up; Dan Lilker of Nokturnal Hellstorm, Lock Up, and Blurring; and taking the place of departed guitarist Buzz Osborne is John “Cheeseburger” Cooke of Corrupt Moral Alter, Vicious Bastard, and Napalm Death.

Despite the heavy nature of their respective bands, Venomous Concept keep it simple. “There are fast bits fore sure and, vocally, more tongue twisters, but there is a freedom in the erratic nature of the songs,” states Sharp. “I can write specifically toward each song and stylistically change things up. To me, Venomous Concept is like sitting down to your record collection, having some beers, and forgetting the day.”

The new album is admittedly heavier than their previous work; songs like “Leper Dog” and “Anthem” are more bass driven and beefier than their predecessors. “Half of [previous release, 2008’s] Poisoned Apple was written and recorded in one day,” Sharp reflects. “Every record is different. There is no reason to pick up with the tape machine where you left off; you take the tones people turn in and mix them to an audible level. Cheeseburger has a different tone, so maybe it was a bit clearer here and there.” He certainly changed up the band, slightly moving away from straight punk toward a more old school hardcore sound. It paid off in spades: Kick Me Silly – VC III—out since Jan. 8 via Season Of Mist—is a great record. It’s one of those albums you get some friends together and blast while drinking and hanging out.

“For the most part, Shane writes and people add their parts,” says Sharp. “I write usually against his riffs. Shane also played drums on a couple songs and sang on one, truly a limitless vault of creativity. I’m lucky to call him a brother.” When asked about the eight year long break between the albums, he replies, “We all have families, other bands, and personal lives. True to the nature of the band, we have the freedom to not be bothered by the music industry. No deadlines; we get together, live, laugh, and make an album. No worries.”

Lyrics for the record—mostly black humor—also embody the spirit of the band. “It’s how I get through life,” Sharp explains. “They all have stories behind them; unfortunately, I have to live through them to write them down. I’ve paced myself in the last 10 years or so, so the output takes a minute to live it. ‘Live fast, die young’ is a fucking bore.”

Venomous Concept toured the U.K. in January, but only time will tell if they will do another run elsewhere. And when asked if there will be another Brujeria record, Sharp replies, “I think they got a finished record, but you’d have to ask Shane about that one.”