Lyric Video Premiere: Suns of Thyme – “Do Or Die”

It is hard to imagine that something called Krautgaze could grow up in any other place than Berlin. In its glittering darkness, the city is a perfect breeding ground for a band like Suns of Thyme. The five-piece crashes together space rock, shoegaze, psych and Velvet Underground on its sophomore album Cascades.

This ode to free-thought is brimming with melancholy and a nonchalant greatness that will comfortably settle in behind your eyes – Suns of Thyme casts off genre clichés with a grin and an artfully nostalgic twist.

Today, we’re pleased to bring you the premiere of Suns of Thyme’s lyric video for their song “Do Or Die” (watch below). The track is taken from Cascades, which is set to be released on May 27th through Napalm Records.

A fascinating hybrid: Cascades is the 2nd album of Suns of Thyme from Berlin – and it oscillates in a universe all of its own. The grooves, the bass, the drums, the percussion – all that is grounding Cascades, while the layered guitars, the spacey synthesizers and Tobias Feltes’ melancholic out-of-this-world style of singing, lend the album volume and air. Their style is original because Suns of Thyme refuse to blunder into the cliché-trap as they mix their influences in a subtle and tasteful manner. All of this creating an album that is fascinating as its richly textured layers melt into each other gently. Echoes of cool postpunk collide with bits of shoegaze, psychedelia, krautrock and arabesque elements.

Proving you don’t need influences or pressure from the outside Suns of Thyme do it all on their own; writing, recording and mixing – even the album art is the works of drummer, Jascha Kreft. The band is capable to go the whole way because singer/guitarist, Tobias Feltes, is a qualified sound-engineer and keyboarder/percussionist, Tammo Dehn, has gathered enough experience with the time spent recording his projects (see: Odd Couple/Medusas Eco). Together the two had the abilities to set the scene for Cascades properly. All these DIY-ethics were already present in their debut Fortune, Shelter, Love And Cure(2013), which Feltes put a lot of detailed work into. Now with the 14 new episodes of Cascades the band broadens its sonic vision. For the finishing touches they won over Brian Lucey from Magic Garden Mastering in L.A. (The Black Keys, Arctic Monkeys). The band recorded Cascades in East Frisia in a barn, half a mile away from the next house, far from any outside influences or pressure.

All members had experience recording in other bands before Suns of Thyme but most of them split before things became really serious. The band of twenty-somethings – none of whom are of Berlin-descent – are all recording a second album for the first time. “We had to find each other first and sort things out here”, says guitarist Tim Hoppe about landing in Berlin, “We all hadn’t been living in the city that long when we founded the Band and recorded the first album.” Back then Tammo Dehn was already a collaborator but not a proper member in the band as it was still in the process of finding itself. Suns of Thyme is a band that is putting itself to the greatest of tests as it consists of five gifted songwriters. There is no room for lame ideas – as those of such will fail with the healthy amount of self-criticism each one brings onto the table.

Suns of Thyme are not copycats or a rehash, underlines bassist Jens Rosenkranz: “References are okay, but we surely don’t want to do some remake”, he says,“We already heard a couple of names we might remind people of – from the 60s to the 90s.” Which is okay and expected as there are lots of influences going hand in hand on Cascades. But those 14 songs will always be the result of five individuals all taking part in the process and that way don’t produce a half-assed homage to The Cure or Hawkwind but instead create a smart hybrid of both. “We always feel when we went down one lane for too long”, says Rosenkranz, “Then we have to break away from it. We have a big problem if we think that we are just taking the easy way.”

And Cascades is never up for the easy way. There’s no need to search for the typical postpunk-beat – but then there’s lots of other things to discover. The slow enfolding Do Or Die and its soft and subtle electronics opening the record, and the gloomy and pulsing goth- pastiche Intuition Unbound. Ich träum von dir on the other hand not only surprises with an unexpected, percussive, tribalistic interplay, it is also the first time Feltes partly sings in German. Schweben is pretty krauty and expanding, it is bathing in warm psychedelia while Aphelion breaks into an atonal freak-out with a heavy rock-break. And finally their most daring title: a song called Deep Purple Rain – another fascinating hybrid. 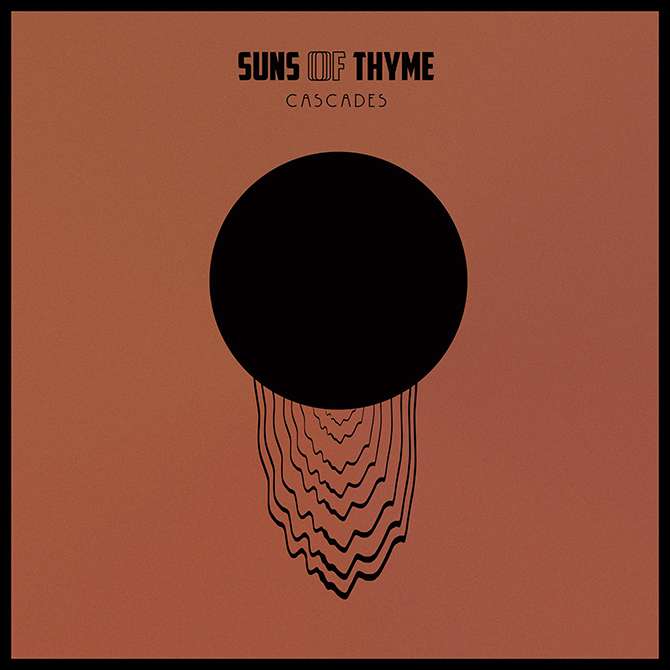