New York/U.K. hardcore heavyweights Stray From The Path recently returned with the announcement of their new album, Euthanasia. Due out September 9 via UNFD, Euthanasia is the darkest and heaviest work of the band’s career, drawing on challenging circumstances to create a record that pulls no punches sonically or lyrically.

Stray From The Path are now offering another new track from the album titled “Bread & Roses,” which features guest vocals from longtime co-conspirator and Stick To Your Guns vocalist, Jesse Barnett. The track follows “III” and “Guillotine,” but where those songs offer band’s signature blend of groove-meets-aggression, “Bread & Roses” demonstrates the adventurous and ominous side of Euthanasia. The track moves between towering riffs and washes of shimmering atmosphere with ease, while Barnett’s warm vocal harmonies provide a level of overt melodicism never before heard in a Stray From The Path song.

To celebrate the collaboration, Stray From The Path and UNFD have teamed with All Power Books to offer an exclusive, limited press of Euthanasia on half gold/half red vinyl. Only 100 copies have been produced, and all profits will go directly to All Power Books, which is a Los Angeles community space and bookstore that directly serves its community based on the ideas of social investigation and socialism.

Stray From The Path guitarist Tom Williams discussed the collaboration, saying: “If you know Stray, you know that since we first met in 2008 and throughout our whole career, Jesse Barnett is family. He’s a person that walks the walk and someone that everybody should look up to as an example of direct action to help people in need. We had this idea for the song, and there aren’t many people that are qualified for it more than him.

“In addition to his voice being the perfect fit for the vibe, we wanted to do something that helps boost his efforts and supports his mutual aid projects in the Los Angeles community. We did a special All Power Books vinyl variant of our new album, where all of the profit from these sales go directly to people in need. A lot of time, it is hard to feel confident where your money goes, but we’ve seen directly where this money goes with our own eyes… ” 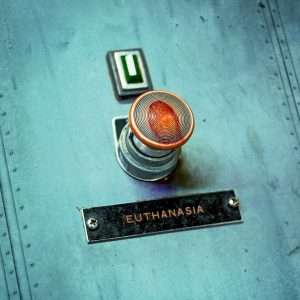 Preorder Euthanasia here, and follow Stray From The Path here.