Alaska-born, Texas-based metal group Turbid North recently announced their first new album release in seven years, The Decline. Without question, the new album, which will arrive on January 20, is an absolute stunner of a comeback for the trio.

Vocalist and guitarist Nick Forkel and the monstrous rhythm section of bassist Chris O’Toole (Unearth) and drummer Jono Garrett (Shock Withdrawal, Mos Generator) have honed their craft and delivered a new, transcendent piece of work that should undoubtedly go down as one of the more crucial metal albums of 2023.

The band’s most recent single, “Slaves,” perfectly showcases Turbid North’s multi-dimensional attack: it churns and grinds furiously while all-powerful waves of doom swell under the surface. Turbid North’s unique sound owns the territory between the blasting mania of bands like Napalm Death and Pig Destroyer, the crushing weight of Crowbar, and the mournful, melodic glory of Pink Floyd.

The music video for the new single offers bleak images of a dystopian future, finally giving way to a glorious finalé in its last moments. Turbid North frontman Nick Forkel, who also created the video, states: ‘”Slaves’ is about being a prisoner of your own mind. We all create battles in our heads. The video is a direct homage to Blade Runner’s opening scene. That’s the vibe I was going for: Blade Runner meets Metropolis.”

With The Decline being set within a sci-fi world, yet rooted in real life struggles, Forkel further describes the concept: “It’s all part of one story. It’s a collection of songs that delves into the downfall and self-destruction of a person. I went through some personal things that spawned this idea. Real experiences influenced these songs, lyrically and musically. It’s darker and more personal for me than any other Turbid North record.” 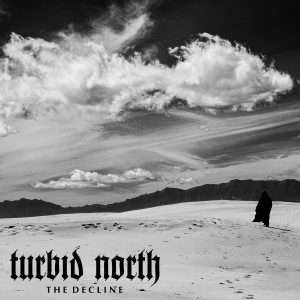 Watch the video for “Slaves” here:

Follow Turbid North, and preorder The Decline on Bandcamp here.