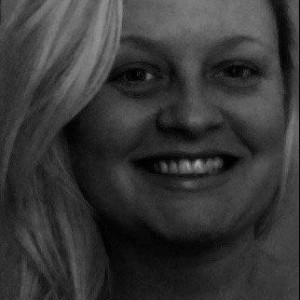 Omerta – Clothing with a Code

Omerta is a clothing company that established in 2014 by Joseph Gaughan a/k/a “Durty Mick” and Chris Dreadz a/k/a “Big Chris” in Long Beach, California. These two gentlemen are the original creators of ‘The Gentleman’s Code’ – which refers to the idea of waking up each morning with the goal of being a better man than you were the day before and incorporated it into clothing that has now become a brand that is on fire. The old quote, “Be a gentleman first and a gangster second” helped blend the Old Fashioned Gentleman aspect of their company, and into their set of designs printed on the clothing itself.

The Omerta concept has long been considered an old school “street code.” This code is commonly affiliated with the names of Mafioso’s of past and present. However, Omerta is not just about gangsters, gangs, or thugs; it’s about carrying yourself as an exemplary man or more importantly a gentleman. In the old days, a handshake meant something; it represented a man’s word. In those days, gentlemen did not cop call or tattle because vendettas would be settled on the streets. There was an unspoken pride that came along with being a true old-fashioned gentleman and sometimes those gentlemen happened to become legendary gangsters.

Majorities of people relate Omerta to a mafia code. By definition, Omerta, is an extreme form of loyalty and solidarity in the face of authority. Omerta is a code of honor that lays out solid responsibilities, such as, avoiding the interference in the business of others, informing the authorities of a crime under any circumstance. These men took care of their own family and their community just like the old school gangsters did, which helped to instill a sense of pride in ones own neighborhood. Part of these responsibilities to a man’s own self and his community involved being a gentleman. Not just a mere gentleman, but also one of high regard, stature, and who has earned respect and has led by example. A true man is a gentleman and a gentleman “handles his own business” in all aspects of his life. Omerta describes a gentleman, as a well-mannered person that speaks through actions not words. He is loyal, true, respectful, proud and one who other men look up to. A real gentleman takes care of his family, his friends, his neighborhood and people in general. Those whom are not gentleman are as disrespectful, selfish, arrogant, and rude with no moral values, which breaks the code that Omerta follows. Omerta believes it is important to lead by example because talk is cheap, actions will always speak louder than words, so walk with your head held high, live your life by ‘The Gentleman’s Code’ and be proud to represent a lifestyle that has a deep-rooted meaning in all cultures and in all social classes.

Omerta is also heavily involved in the music scene with tons of iconic musicians supporting Omerta to show the brand and helping to instill some old school values related to the code of honor and silence back into today’s society. They know that Omerta’s reputation is real, practicing what they preach, and those aspects make the gear that much more authentic.

Omerta caters to women, as gentlemen should. Omerta wants to encourage men to become better men in all aspects of life, to have old school morals and values and that involve treating women with the utmost respect. Omerta are believers in the phrase “behind every great man, is a great woman” and Omerta puts that phrase on their Bonnie and Clyde women’s t- shirts; thus, showing love to and respect towards women. Omerta still believe in chivalry and hopes women will start believing in it again, also.

Omerta’s goal is to get people involved with the core values that Omerta is trying to portray. By wearing their clothing you can represent their brand with pride and help spread their message.

Get your Omerta gear at Omerta