Polyphia have released a chilling new music video for “Nightmare” (watch below).

“Our new track “Nightmare” is the first 8-string piece we’ve written,” reveals Polyphia’s Tim Henson. “The video tells the story of a ballerina practicing for perfection. Her deranged instructor appears only to make her do it over and over again. She keeps practicing the routine until her feet bleed, and she throws up blood. At the end, she thinks she finally got it perfect, but her instructor has had enough and decides to strangle her out of nowhere. As soon as he makes contact with her, she wakes up to realize that she was only having a nightmare.”

“Nightmare” comes from their sophomore full-length Renaissance, which will be released on March 11. The Dallas, TX-based instrumental outfit also recently premiered music videos for “Euphoria” and “Crush”, which have already garnered nearly half a million views combined.

Renaissance can be pre-ordered now via polyphia.merchnow.com and through digital retailers such as iTunes. All pre-orders include an instant digital download of “Euphoria”, “Crush” and “Nightmare”. The first pressing of vinyl for Renaissance is limited to 1000, with two color variants: 500 of black with white splatter [pre-order / retail exclusive] and 500 of white with black splatter [tour exclusive].

The album was recorded with Nick Sampson (Asking Alexandria, Of Mice & Men) who co-produced it with Polyphia guitarists Tim Henson and Scott LePage. Renaissance introduces a new conceptual and artistic direction for the trio’s sound, vibe and visual aesthetic, that sees the band embracing their eclectic musical tastes (which include EDM, hip hop, pop and classical music) to create their own innovative blend of technical, yet melodic instrumental arrangements.

Polyphia recently wrapped up a full US tour with August Burns Red, Every Time I Die, Stick To Your Guns and Wage War, and will next head out on a full US run with CHON and Strawberry Girls. The band has previously toured and shared stages with the likes of Animals As Leaders, Periphery, Between The Buried and Me, The Contortionist, Intervals and more. All upcoming tour dates can be found below. 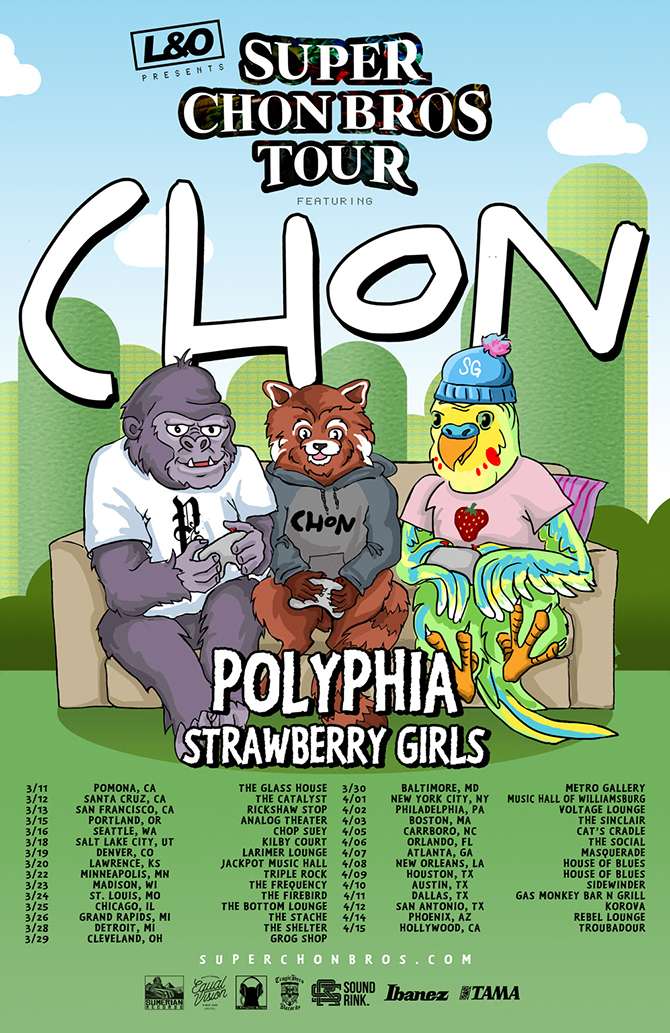