Polyphia is now premiering a new music video for “Crush” at polyphia.merchnow.com. “We filmed the video in a small town called Marfa, as it’s known to be a great location out in the deserts of East Texas that has really beautiful landscapes,” shares guitarist Tim Henson. “This song originally started as an idea from our producer Nick, and blossomed to be what it is now after Scott [LePage, guitar] and I got ahold of it. This is definitely the “Hold On We’re Going Home” song on the album, meaning the poppiest. We chose to premiere this song next, as the first one released was one of the heavier songs, this one is one of the lighter songs to show the diverseness of the record.”

“Crush” comes from their sophomore full-length Renaissance, which will be released on March 11. Last week, the Dallas, TX-based instrumental outfit also premiered a music video for “Euphoria”, which was filmed at Circuit 12 Contemporary’s “Mysterious Muck” gallery exhibit, and has already garnered over 185k views. The video can be seen below.

The album can be pre-ordered now via polyphia.merchnow.com and through digital retailers such as iTunes. All pre-orders include an instant digital download of “Euphoria”. The first pressing of vinyl for Renaissanceis limited to 1000, with two color variants: 500 of black with white splatter [pre-order / retail exclusive] and 500 of white with black splatter [tour exclusive].

Renaissance was recorded with Nick Sampson (Asking Alexandria, Of Mice & Men) who co-produced the album with Polyphia guitarists Tim Henson and Scott LePage. Renaissance introduces a new conceptual and artistic direction for the trio’s sound, vibe and visual aesthetic, that sees the band embracing their eclectic musical tastes (which include EDM, hip hop, pop and classical music) to create their own innovative blend of technical, yet melodic instrumental arrangements.

“As a band, we’ve been pretty clear and up front about our love affair with culturally mainstream music. Arranging the actual sound of the record was somewhat tricky, seeing as how the Justin Bieber and Drake records we’ve been blasting nonstop don’t exactly fit right in with the thematic elements of Renaissance culture,” shares bassist Clay Gober. “At the end of the day it was actually quite a blast to see what sort of “hybrid” music we could birth between various genres in a tasteful way. It feels really good to know that the internet won’t be able to label this album with a sub-genre quite as easily as it might expect.”

Polyphia recently wrapped up a full US tour with August Burns Red, Every Time I Die, Stick To Your Guns and Wage War, and will next head out on a full US run with CHON and Strawberry Girls. The band has previously toured and shared stages with the likes of Animals As Leaders, Periphery, Between The Buried and Me, The Contortionist, Intervals and more. All upcoming tour dates can be found below. 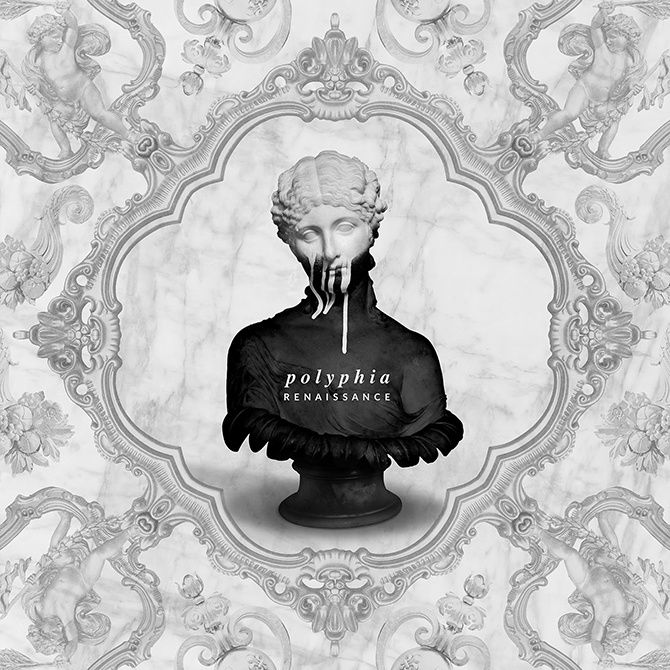