Eyes of Tomorrow and Perfect Sky are sharing their split album Songs of Faith and Demolition, and you can check it out right here at New Noise.

Listen to the album here:

Ruhr, Germany-based Eyes of Tomorrow and Vienna, Austria-based Perfect Sky have united together for the split album, Songs of Faith and Demolition, released on October 28 via WTF Records (NL)  and Dedication Records (DE).  The five speedy hardcore numbers by Eyes of Tomorrow come straight from the unbreakable mental resilience and years of struggles in the streets. Not just a complementary segment, the Perfect Sky’s songs carry more brute elements of metal while keeping the hardcore aggressions intact.

Order the album here from WTF Records, and here from Dedication Records.

Regardless of their classic hardcore root, Eyes of Tomorrow and Perfect Sky are sonically distinguishable. However, having a similar passion for music and way of thinking, both hardcore crews from the neighboring countries joined forces for the “Demolition Tour 2022,” playing in the Netherlands and Germany. The tour ultimately set the scene for the Songs of Faith and Demolition split release.

With the hope of a better future, the Eyes of Tomorrow’s part of the album thrives in optimism, channeling the inner spirits to fight all the negativities and oppressions. The five speedy hardcore numbers come straight from the unbreakable mental resilience and years of struggles in the streets. Not just a complementary segment, the Perfect Sky’s songs carry more brute elements of metal while keeping the hardcore aggressions intact. Having a “DGAF” attitude, the “trailer park hardcore” squad takes no prisoners to bash terrorism, corruption, and enslavement of minds. Some of the tracks also supply the necessary fuel for motivation and revival. Next year, both bands will team up again for the second “Demolition Tour.”

Speaking of the idea of the split release, Eyes of Tomorrow bassist Chris informs:

“Olli (Perfect Sky) and I actually got to know each other on Facebook, wrote to each other a lot, and bought each other’s merch from our bands. At some point, one of us had the idea of doing a split release; we then have Tim (WTF Records) and Michi (Dedication Records) with us brought on board and so the idea grew more and more, it was also important to me to do a split release with a band that I like very much, both musically and personally! We then did our Demolition Tour together and we also noticed that it was simply mega with both bands together, the tour was so much fun that we have already planned a second tour together for 2023!” 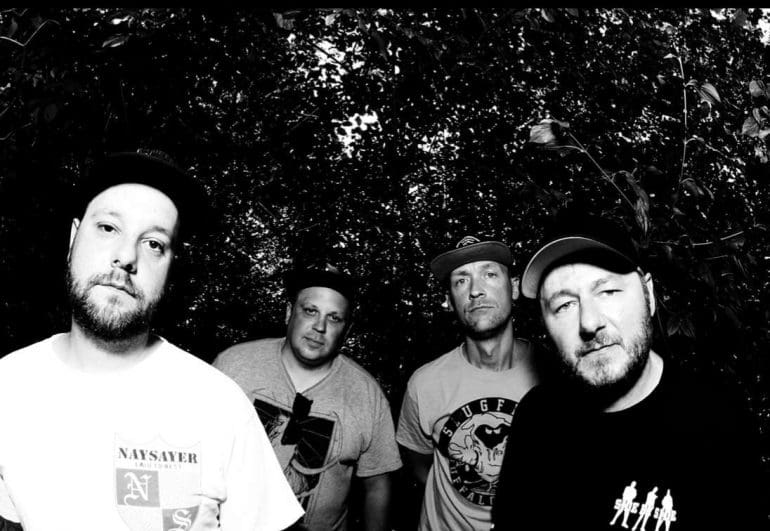 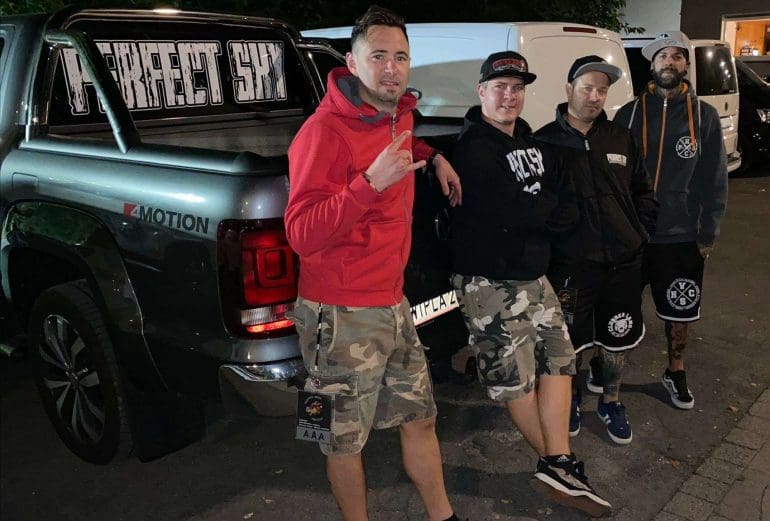 Photos courtesy of Eyes of Tomorrow and Perfect Sky