June 2022 will see Primavera Sound celebrate their belated 20th anniversary by expanding to a two-weekend event, once again inviting a lineup of the most innovative and influential artists from across the genre spectrum, from alternative indie through to underground techno. One look at the lineup, and you’ll understand why the festival sits high up on any music fan’s bucket list.

We made a list of the 10 bands you can’t miss during Primavera Sound 2022.

The Armed: The shape of hardcore punk to come 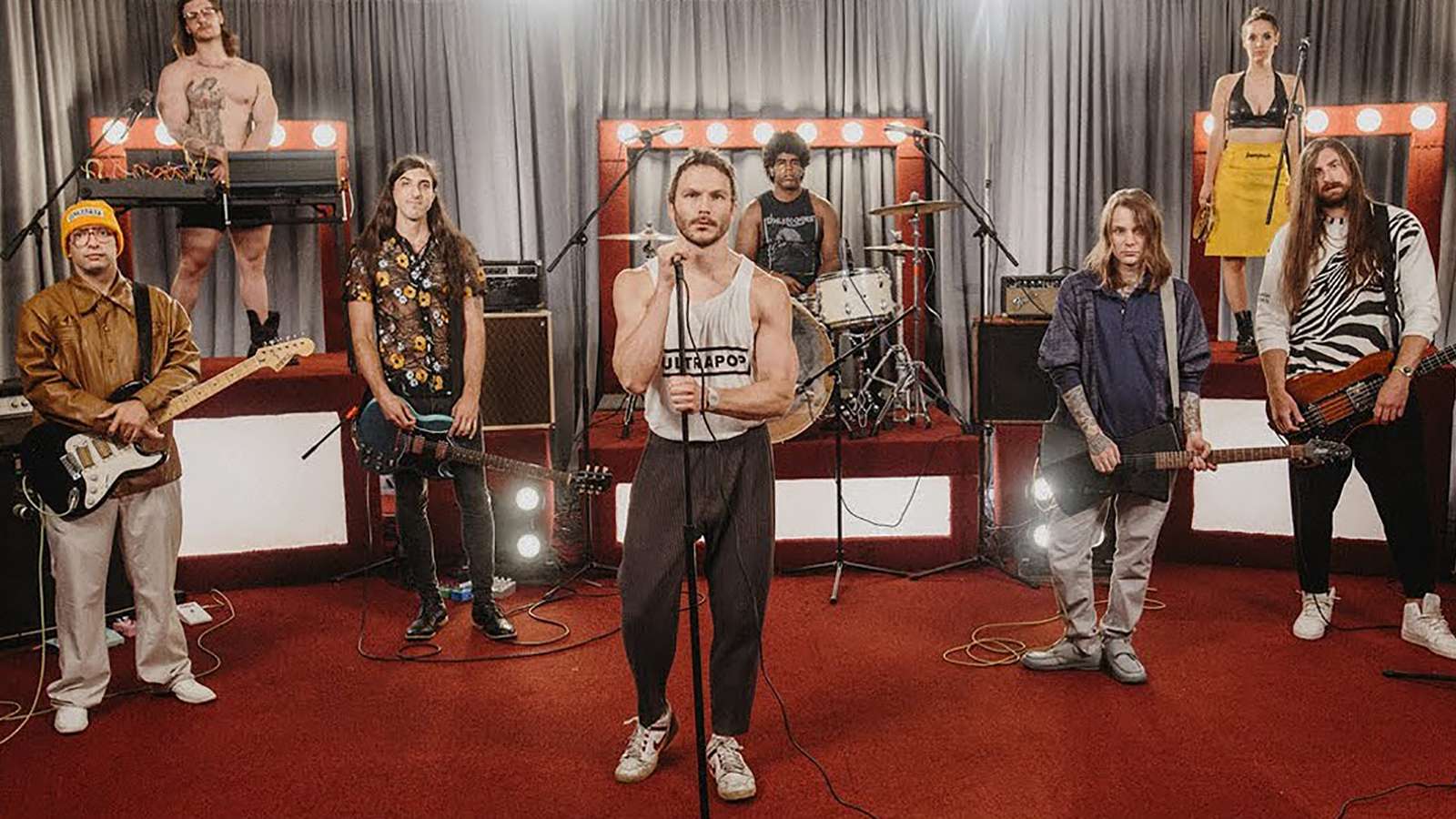 A sleeve in a very Channel Orange orange and the word ULTRAPOP written in capital letters in light blue with a very… well, very ultrapop typeface and frame. If anyone is still buying records for their cover only, they would probably call an ambulance at the end of the fourth song on ULTRAPOP, the fourth album by The Armed. If after that they googled ULTRAPOP to find out more about the Detroit collective, they would reach for the aspirin: promotional photos that aren’t the real members of the band (or are they?)

Possible pseudonyms in the credits of their albums and an infinity of rumors and crazy theories make The Armed more like a secret society than a band. With them, it is sometimes OK not to fully understand what is going on. Which brings us back to ULTRAPOP, which really doesn’t lie in its title: this is their collection of most overtly luminous, euphoric, maximalist, outright pop songs since they debuted in 2015 with Untitled. If when you listen to it, it goes over your head, you don’t understand where they are coming from, and you can’t find answers, you are living The Armed experience with the intensity it deserves.

Bikini Kill: In the name of the mother, the daughter, and the riot spirit 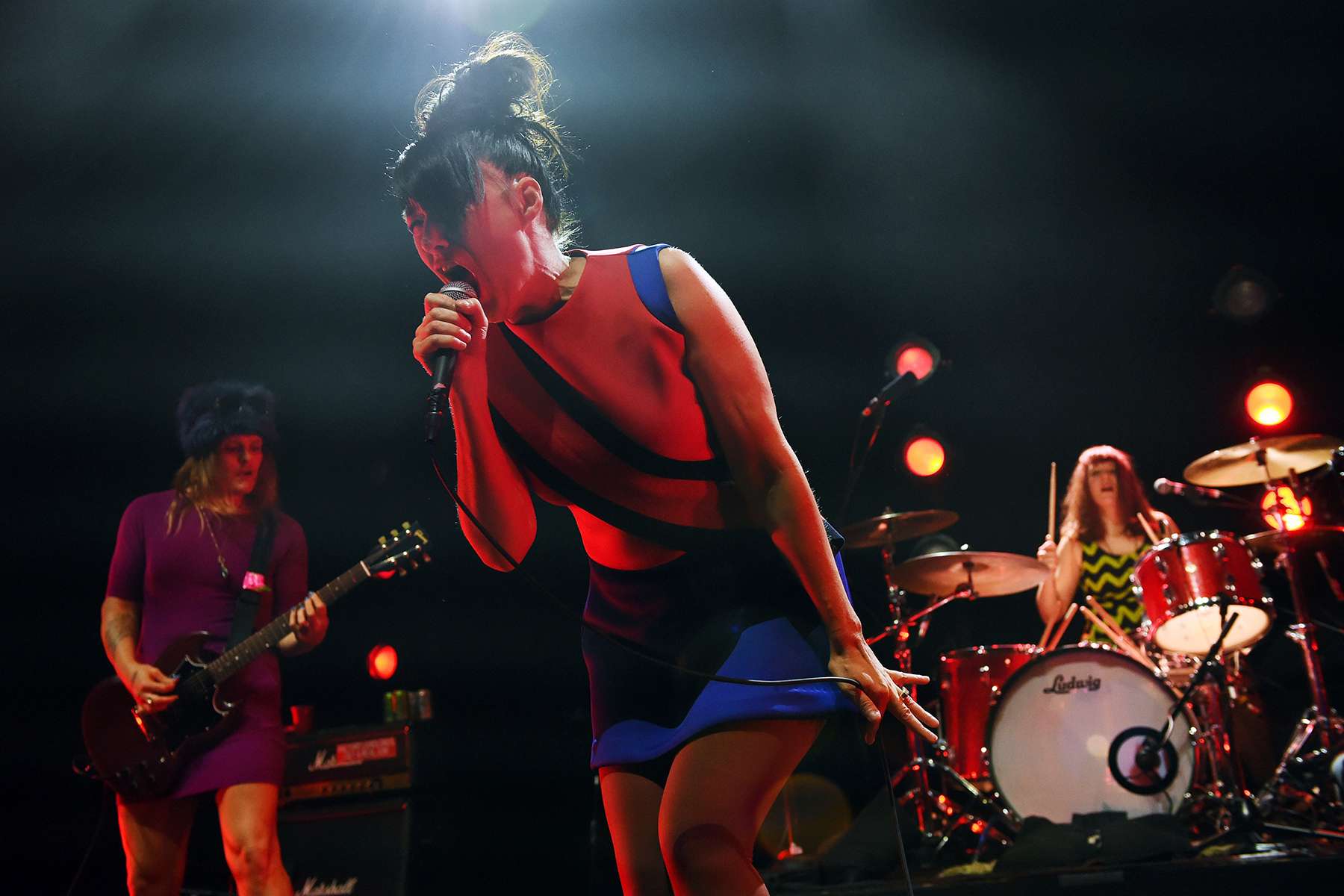 First, the mother. Some may say there is no mother like your own, but here there are three: Kathleen (Hanna), Tobi (Vail), and Kathi (Wilcox). The three ones three who stated it quite clearly already in 1991 on Double Dare: “We are Bikini Kill, and WE WANT REVOLUTION.” The Bible, the Tablets of the Law, the alpha without the male.
Second, the daughters. Without Rebel Girl, <insert names of infinite feminist rock bands here> wouldn’t have existed, and although they never considered getting back together after their split in 1997, they got pissed off watching others (almost always men) telling their own story, and about the fact that that there was still a lot of revolution to do. Smells Like Teen Spirit wouldn’t have existed either, as funnily enough, Hannah was the one who gave the title to Kurt Cobain, but that is another grunge story.
And third, the riot spirit. They were the ones who yelled “girls to the front” for the first time, the ones who began inviting women to publicly report cases of abuse, who sparked off the debate on rape culture, the pioneers of the #TimesUp. So put on your bikini and boots, and get ready to take the field. They are still pissed off. They are still yelling. And they are back.

Black Midi: Inside the labyrinth 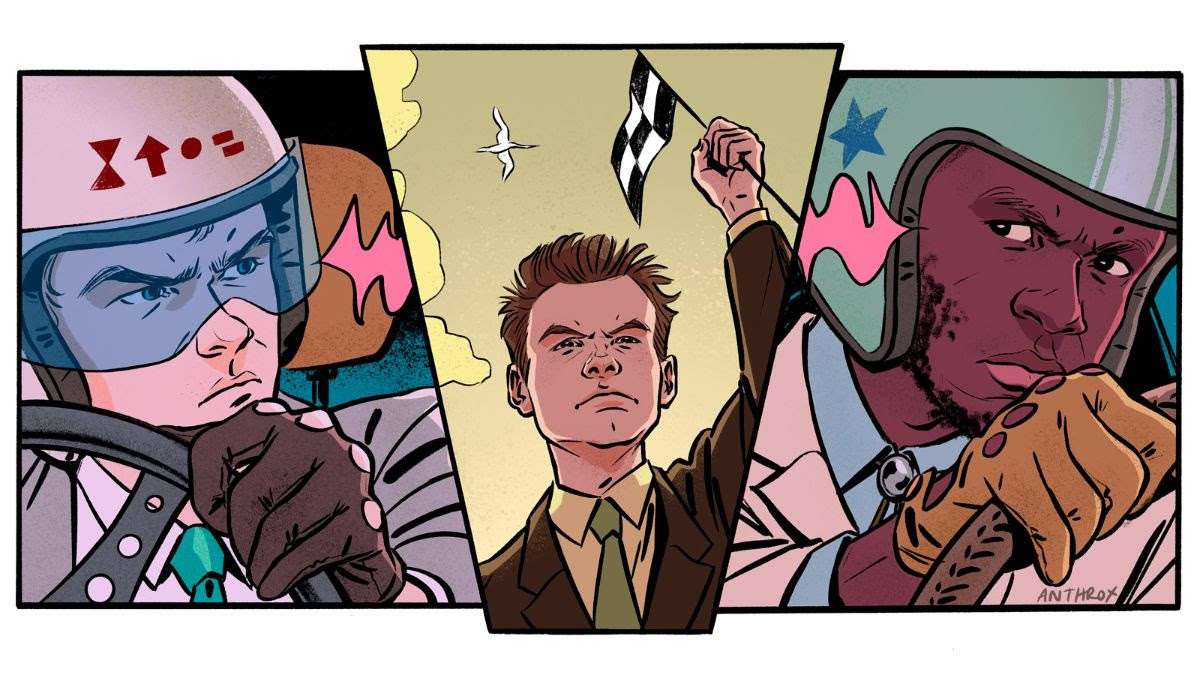 You can get lost in Schlagenheim, the debut album by the British quartet black midi. Their songs, if you can call these labyrinths songs, ought to include one of those maps with a “you are here” arrow to stop the listener getting lost in them eternally: it wouldn’t be the first time.

It happened to us before with Talking Heads, King Crimson, Death Grips, Can, Primus, and Victims Family. They are all locked in the Schlagenheim, and from time to time, they stick out their heads, until the Midi Black free rock steam roller goes over then again. We weren’t ready for them, but fortunately, it’s already too late.

Boy Harsher: They are alive (the synthesisers) 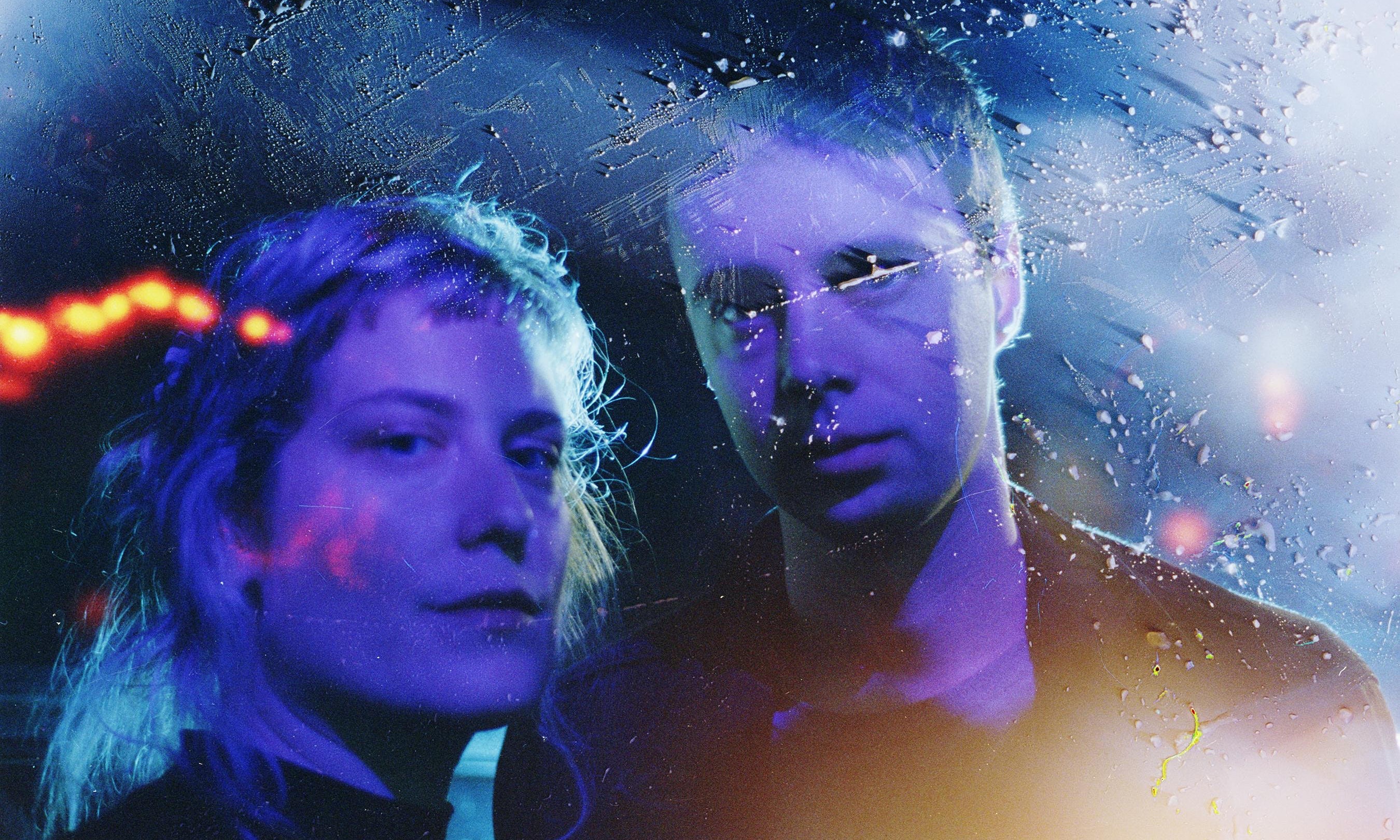 Jae Matthews and Augustus Muller tell us they met at film school, but they really didn’t need to: you only have to listen to the tracks they’ve been making since 2014 under the alias of Boy Harsher to work out where their story started. Their synth-pop, quite cold and pretty dark, is a soundtrack that invites you to guess the film.

Could it be the one about the enigmatic driver weaving in and out on the neon-lit streets of L.A.? That fake documentary about the Manchester music scene? The one where the politicians turn out to be masked aliens? No, man, no: it’s the story of an 80s revival that will be forever immortal if actors like Boy Harsher continue to update it so lovingly.

IDLES: Live music as an act of resistance

Believe it or not, there are people who are already fans of IDLES even without having ever seen them live. The uppercut of their 2018 album, Joy as an Act of Resistance (maybe rock’s last great album format classic?) was felt on the stomach by many. In the studio, an electric magma like Swans’ was intuited, an unshaven lifestyle like Grinderman’s together with an ethical and political agenda (often the same thing) like Fugazi’s.

But when you finally see them live, wow, it’s then when you are theirs for life. Their live show blows your mind. It is a wicked, sweaty punk tempest, like a force of nature that should never have been woken. Or may it should have been: these times only seem apt for the brave. And right now, we can’t think of another band on the face of the earth with more courage than IDLES.

Fontaines D.C.: From a music in flames 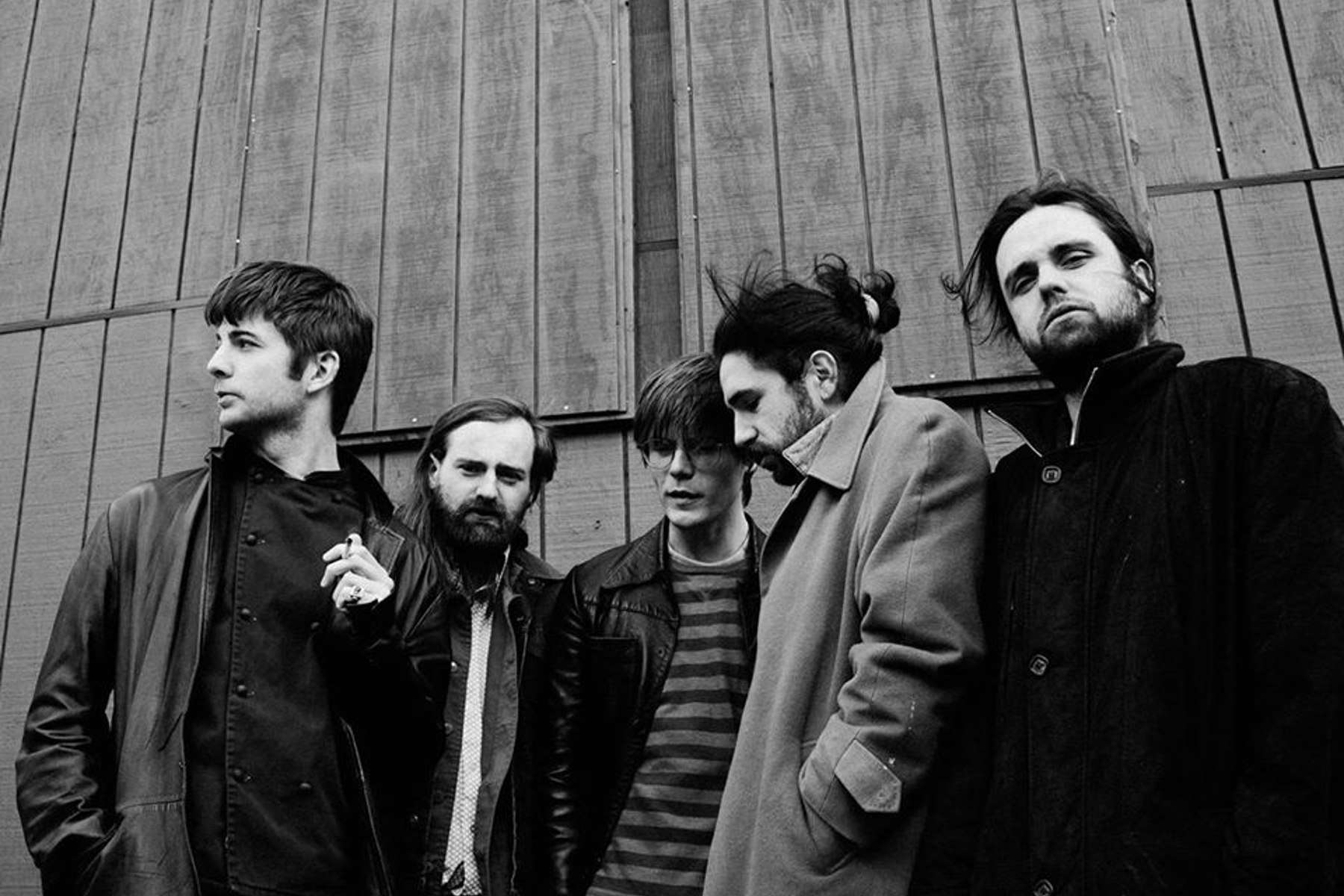 But seriously though, when was the last time pop made your heart beat, made you understand these troubled times or feel like you were on the right side? Some might say since Joy as an Act of Resistance by Idles, and they have a point, but really the most recent example, in our times of conceited turbo- capitalism, is Dogrel by Fontaines D.C.. A Molotov cocktail of incendiary and flaming rock that sounds like Wire with the accent and poetry of The Pogues (their native Dublin oozing from every pore).

Or like Mark E. Smith with Joy Division as a support band. Or like Magazine meets Stiff Little Fingers. In 2018, they entered the music and ideas arena at Primavera Pro. The world is still in dire need of their engaged poetry. And, if possible, on a bigger stage.

There is nothing further removed from the frenzy of noise that Lightning Bolt kick-up than the serenity of Yasujiro Ozu’s cinema. But, just as the great Japanese director thought that the camera should always be at the actors’ eye level, and never any higher, the two Brians: Brian Gibson and Brian Chippendale reject, whenever they can, the pulpit of the stage, they set up their gear on the ground so that the crowd can gather around them.

In this way, the communal agitation of the human tide becomes the spectrogram that makes the electric bass and drum kit fantasy tangible, sometimes coarse and inscrutable, sometimes crystal clear and addictive. It is no surprise that the duo has collaborated with The Flaming Lips: they share a love of exaggerating pop outrageously.

Lingua Ignota: I spit on your grave 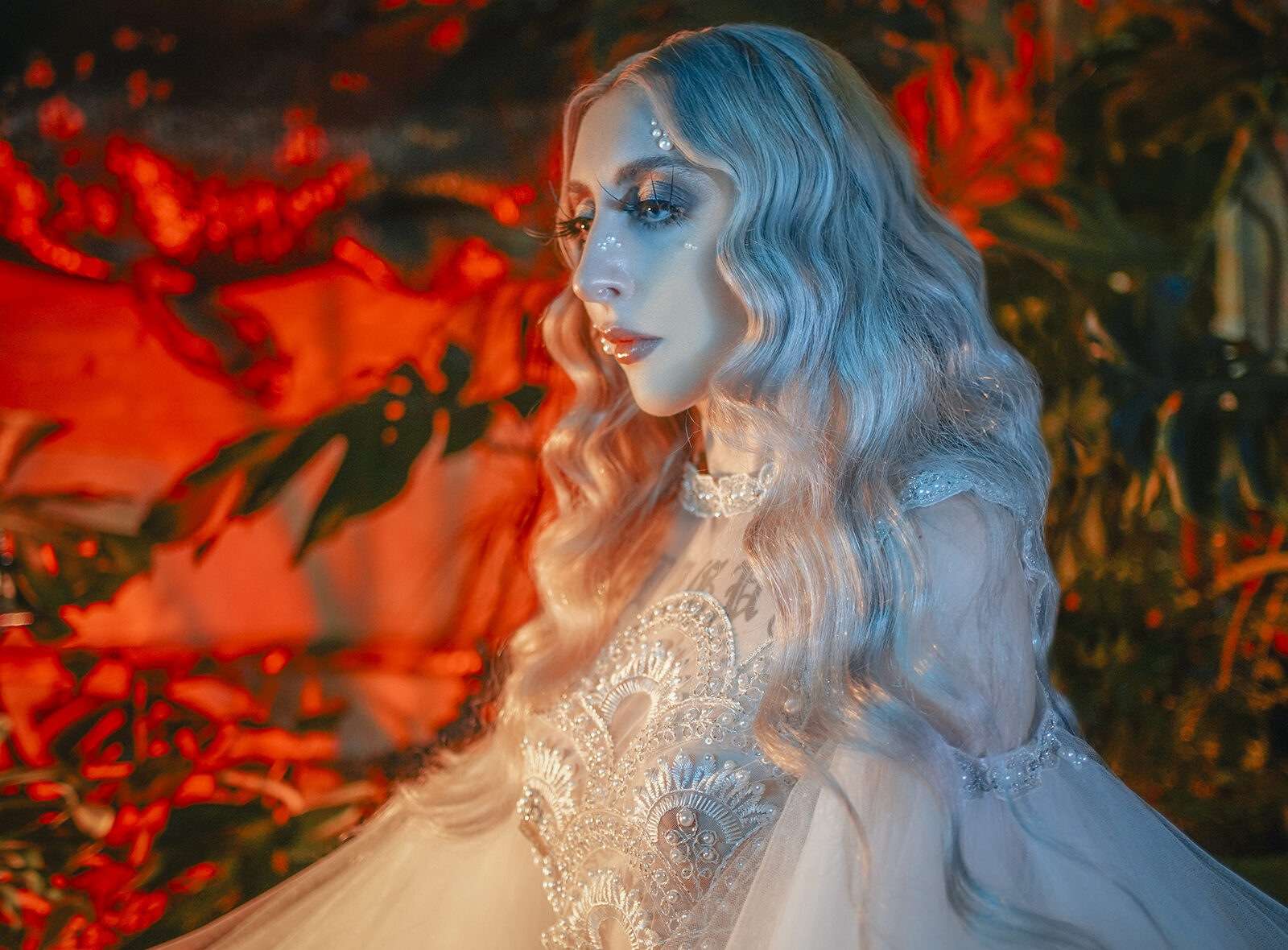 Classically trained multi-instrumentalist Kristin Hayter could have chosen any path to express herself musically. If, by adopting the alias LINGUA IGNOTA, she decided to delve into the depths of apocalyptic folk and noise, it was a matter of necessity: only an extreme musical language could contain the mind-blowing volume of her traumatic experience in abusive relationships.

Aware that the vast and operatic intensity of her art is morally impossible to enjoy (and also to ignore), Hayter rips the misogyny that she has come across in the circles of the avant garde to shreds, re-contextualizing that furious image from the perspective of somebody who has herself been abused. Pure poetic retribution, in the form of cathartic fire.

Nick Cave & The Bad Seeds: Eternity was this 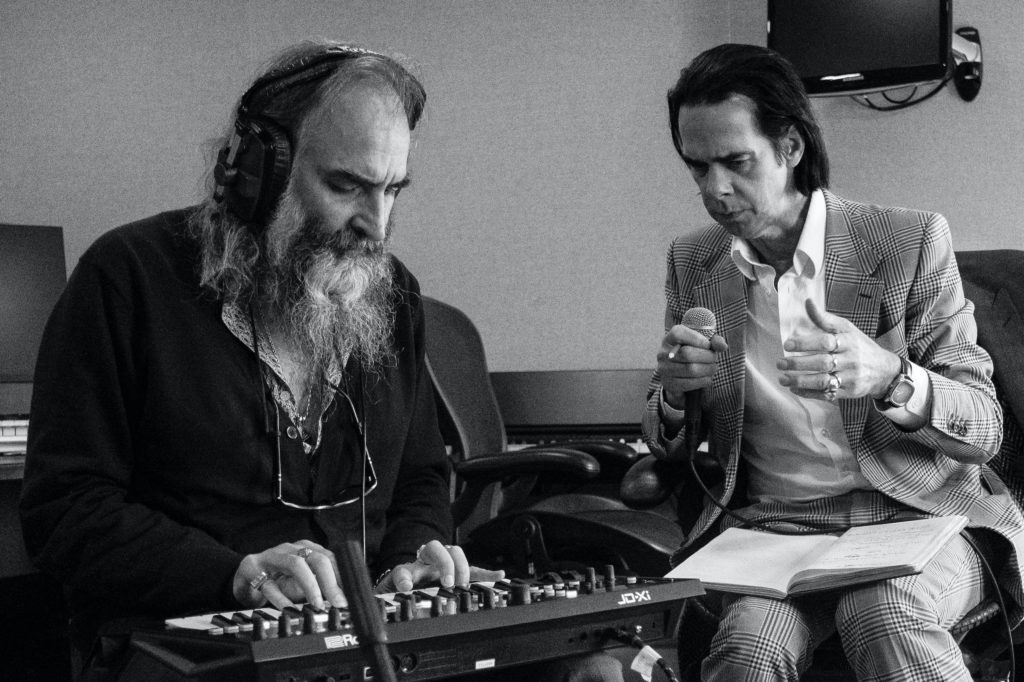 June 9, 2018. That was the night the Porto sky opened over our heads, letting him descend into the storm. He, drenched, surrounded by a beam of energy a thousand times more powerful than that of a black hole. He was surrounded by our hands that reached out to touch something like immortality.

He howled “look at me now,” as if there was a single soul in the Parque da Cidade who was even considering looking elsewhere. That performance of June 9, 2018 and may those who experienced that same communion just a week earlier in the Parc del Fòrum forgive us, was the night that this legend was set in stone: “It was this. Eternity was this.”

It doesn’t matter if it was Grinderman’s, or that of the Bad Seeds that still owe us Ghosteen live, or the one who overcame all pandemic limitations to give birth to that beast that is Carnagewith Warren Ellis. It is always him, always Nick Cave, the infinite supernova that transcends all rational explanation. We would see him once; we would see him twice; we would see him a hundred times, and it would never be enough

Kim Gordon’s songs will never be round, as that would imply that they have a defined form. She prefers to break the circle, opening a gap through which melody bleeds, but that also allows the listener to get into the composition, lose themselves among the dissonance, rhythmic assaults and the impressive ambiguity of the tone of her voice.

Does she wants to seduce us or kill us? It’s anyone’s guess. All of this was very clear in her work with Sonic Youth, a band that always walked the thin line between rock and its deconstruction. But it is now, after reading her memoirs and listening to the revealing No Home Record, that we have finally understood that the qualities of her art are also her qualities.

If this album, her first solo one, marks a change alternating exploratory guitars with broken beats and trap bases worthy of industrial hip hop, it is because the admiration that we have for Gordon makes us contemplate her as a complete and well defined icon, when she herself has always presented herself as a sketch in constant review. 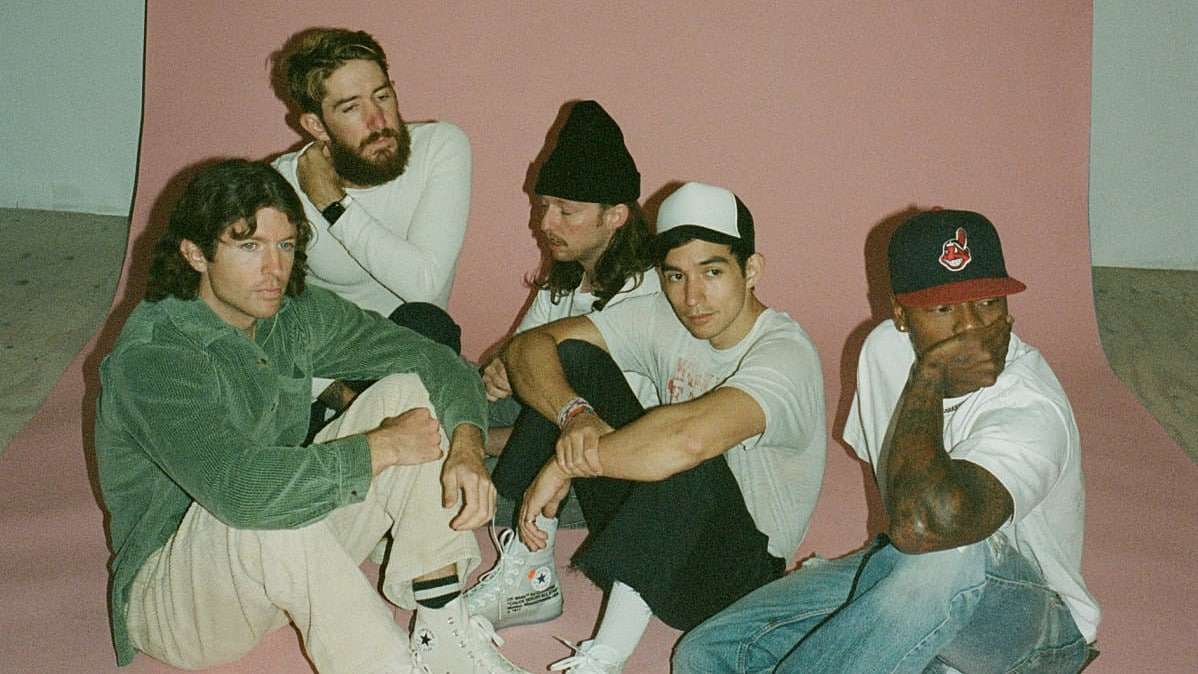 Yahoo Answers: Pogo at a metalcore gig today as if I was going to be thrown in prison next day. There are opportunities, yes, but worth getting into the slam for? Right now there are only Turnstile. The metallic punk of this Baltimore quintet almost seems like a lost art. That wicked commotion that turned both the records and the live shows of Dag Masty, DRI, Cro-Mags, and Agnostic Front into a cause for joy and uproar also burns on Step To Rhythm, Nonstop Feeling and Time & Space and at Turnstile’s rebellious live shows. Punk metal will be agitated, or it is just not worth it.

PrevNews: The Used, Rise Against and Senses Fail Announce Tour
News: Thy Art Is Murder and After The Burial to Co-Headline Summer TourNext