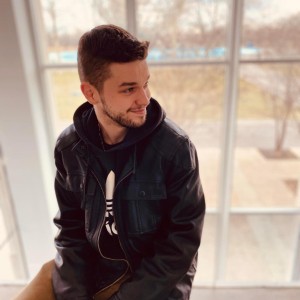 Sometimes you want a hardcore punk album to bring something new to the table, blaze new trails, and show you something you’ve never seen before. As good as such a discovery can be, sometimes it’s good to go back and hear the sounds you grew up on to fill that nostalgia void.

Beach Rats bring the sounds of old school hardcore punk with a modern punch and energy. Their newest album Rat Beat shows that they may be students of the old school, but they’ve never lost their youthful energy.

The members of Beach Rats are seasoned veterans within the hardcore punk scene, with resumes that list bands such as Minor Threat, Bad Religion, Lifetime, and The Bouncing Souls. Despite their time spent in the scene, it seems the members never tire or lose that fire which punk rock instills in both its fans and performers.

Boasting a tried-and-true sound of Cali-tinged hardcore punk speeds and attitude, Beach Rats bring back a sound that the Epitaph label itself established in the 90s punk resurgence. Legendary axeman Brian Baker has built the last few decades of his career alongside the Bad Religion boys, so he’s got plenty of experience and skill bringing that energy to the soundscape.

“Bike’s Out,” the album’s opener, blasts off the album with some fun whirlwind guitar, bass, and drum work before shooting off into the breakneck rhythm that stays consistent for the entire minute and a half. Feels like waking up, grabbing your board, cavemaning off your front step and turning down the street.

Ari’s vocals sound snotty and youthful which compliment the diverse yet consistently blaring guitar work. It’s a sound that makes you want to pick up a skateboard and hit the streets as soon as you press play. The title track “Rat Beat” is a particular example of how his youthful vocals compliment these tracks.

The second track of the album is a bit more varied as it begins with a slowed, downtempo riffs as Ari yells out “I’m dressed for sick sesh.” It’s like a chill ride around the bowl before you drop in and the speed begins and your line  commences. The slower songs on the album give some variation and keep the album from sounding homogenous.

One of the slower tracks which stands out is “Clorox Boys,” a tranquil drum-and-bass-heavy track which mellows out the albums blasting speed without bumming out the ride.

If you’ve ever nailed a sick line or enjoyed a leisurely ride down the city streets, this album is practically perfect for you. It’s also an album that will ignite the circle pits and get people stage-diving anywhere Beach Rats blast out their music in the coming years. A superb collection of punk bruisers that will fit snuggly into your summer time skate playlist.

Beach Rats aren’t reinventing the wheel with their album Rat Beat, but they’re a breath of fresh air to the sometimes stagnant skate punk scene. They harken back to Epitaph’s origins of energetic and all around fun, Cali-sunshine tinged hardcore punk. The album is a fun ride from beginning to end.

Check out Beach Rats’ Rat Beat, out now through Epitaph records. Pick up a copy here.