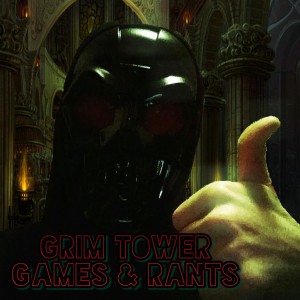 When I first received the promo for this, I had next to no idea as to what kind of album it was going to be. Judging from the album artwork, I expected some kind of symphonic death metal record with clean vocal sections and possibly avant-garde tinkerings here and there. Yet Antropofagus are actually a long-standing Italian death metal act that first appeared on the scene with No Waste Of Flesh back in ’99. It’s also been quite a bit of time since fans have heard a new slab o’ death from these guys, considering the band’s last release and sophomore album Architecture Of Lust released back in ’12 to a fairly confident score of 80% on Metal Archives (based on three submitted reviews). Not surprisingly, even the cover art for Architecture Of Lust seems to display their nature as a brutal death metal act with it’s scene of torture in the background, yet the massively bearded older fellow that adorns this recording makes me think of twisted Tolkien. I love the artwork as a whole – I’d hang it on my wall – but it doesn’t fit the nature of cover artwork for a band of this nature, especially since the album doesn’t really exemplify the art and atmosphere that a listener might expect after seeing such an awesome scene depicted. But if the only thing I have to bitch about is the cover art, then chances are that we have a pretty solid release here as a whole.

Let’s just imagine for a second that the artwork was changed to something more fitting, like a scantily clad woman being bound by chains and tortured by tiny imps while one of those giant boreworm things from the Splatterhouse games has it’s way with her. That work for you? Good. Because that’s what the album actually sounds like and not this magic stuff. It will try to fool you at first with an orchestral synth piece in the vein of “Whirlwind Of Initiation” that would fit well in a fantasy video game, but a quick run-through of follow-up “Spawn Of Chaos” shows us exactly what we’re dealing with – the battering drum blasts, pulse-pounding bass nodes and thunderous vocal firepower common for the genre. It’s also worth noting that the nearly all of the songs featured here are full-length, so even though you are only getting ten tracks of abrasive death metal, (which includes a bonus Malevolent Creation cover in the form of “Living In Fear”) they actually last well beyond the two, three or even five minute mark sometimes. Antropofagus have made a real brutal death disc in the classic style, rather than relying on quick kills and funny one-liners. These can be fun, but fortunately don’t make up the whole genre, which is a plus.

The influences here are pretty basic, being that these guys sound like everyone from Hour Of Penance and Septycal Gorge (which drummer Davide “Brutal Dave” Billia plays in) to acts like Abysmal Torment, Gorguts, Cryptopsy and even early Decapitated. There’s definitely a more modernized feel to the tunes here, with a bit more focus on technicality than just an overall groove fest – even though at high enough decibels, the music that these gentlemen create could very well shake concrete foundations and convince the pope that armageddon has finally arrived. I also feel that a lot of the sweep picking (which I remember first hearing from early Gojira) might have more than just surfaced on this album, as “Praise To A Secatomb” uses an awful lot of it near the end, possibly close to a criminal amount. Meatgrinder really seems to have found something in that style and he’s certainly plastered it here. If nothing else, this does help to give the band’s style a little bit of depth as they are definitely offering quite a bit more than similar acts in their style. Come to think of it, this style even goes back to classic Morbid Angel in some instances and by all means, it should. Regardless of what those guys have recently done or will do in the future, it is safe to say that their style has left an overbearing mark on this genre just as much as Gojira has on these fellas.

Maybe it’s just a bit too chunky for me in some areas, as I feel that I’m often getting blitzed with no real rhyme or reason and some songs tend to directly bleed right into others. To me, that is never a good thing as it can make the record sound much longer than it actually is. The listen as a whole is only a mere thirty-five minutes (cover included) but can seem a bit longer as there isn’t really enough get-up and go for me at times. It can feel trudging, but has a few moments where crunches or solo moments can work to break up the monotony. There is a time when I feel that I might just be getting a little too much of the same sets of riffs or drum patterns, which is why I am glad that towards the latter half of the disc these guys try some different approaches like “The Abyss (Chapter 1)” which I simply adore. Not only is it a well-needed slow kill, but it also features some weird kind of robotic vocal filter that makes frontman Tya sound inhuman enough to truly meld with the concept. It also invokes a nice little solo section that shows Antropofagus still have some tricks up their sleeves. Doubled with fearsome horns in the background, it seems like one of the only cuts on this album other than the intro that actually fits the album artwork.

Antropofagus have simply offered another helping of what they do best, which is an onslaught of mayhem coupled with swaths of technicality that should heavily appeal to the BDM fan, but might not appeal to all death fans as a whole. As I stated, there are parts of the record that definitely felt like a chore to listen to even though they made the more interesting sections of the album pop out like welcome refreshments. Some folks couldn’t care either way, just so long as they get another shrinkwrapped package of rotten entrails to consume, which is more or less what this is. Just with some added glitter and pomp.