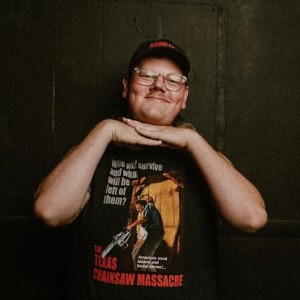 Album Review: Show Me The Body – Trouble The Water

New York trio Show Me The Body have risen to underground success as a monumental hardcore band that taunt the idea of genre limitations. They have spent their time as a band pushing themselves further and further forward, cultivating a solid art and music collective known as Corpus, and have a sound that’s hard to replicate. It’s a distinct one studded with the sharp tones of a banjo in place of a lead guitar and the wide swath of industrial production they spike listeners with.

Their third album through Loma Vista, Trouble The Water, is out October 28. On it, 12 songs span 38 minutes and show a new depth in sound and pacing. Trouble The Water spends the vast majority if its time slowing down to bare the group’s fangs, an interesting step in a forward direction from a band determined to break down borders.

Lyrically, the record is equally as introspective as it is critical of the world around it. It may be the course of the pandemic and the more intimate thought process we got to see from leader Julian Cashwan Pratt on their last EP, Survive, but the writing is the most potent and descriptive work we’ve seen from the group yet. It’s almost like Pratt decided to pick up a magnifying glass to examine New York and himself as a part of it.

Sonically, Show Me The Body have always been more on the experimental side, pulling their most notable influences from hardcore, hip-hop, and industrial music. That being said, those familiar with the band’s history may find it a little out of the box, even for them. Though the singles have been the distorted, raucous, punk-leaning songs we’ve come to know them for, most of Trouble The Water is actually comprised of electronics and slow, methodic, brooding vocal delivery.

It is dry, at times uncomfortable, but always riveting. The work of the band as a unit really shines through well with what they do on this record. It is motivating in every way with strong statements about corrupt leadership and the fight to exist at the front of everything. Their lack of restriction, hesitation, and definition make it hard to pigeonhole and hard to compete with.

Show Me The Body prove that when you aren’t working with any borders or any rules, it’s easy to make something that transcends. Some of my favorite tracks are “War Not Beef,” “WW4,” “Boils Up,” and “Food From Plate.” The record captures everything I like about the band the most and actually improves upon it.

The only thing left to be desired in my mind is that the pacing would feel a little more gradual, sometimes the contrast between tracks can be a little jarring and actually take me out of the album experience at times. That’s about all that I can think of, though, and I can’t wait to see more from this band. You can check out the video for “WW4” below, and preorder the full record out October 28 via Loma Vista Records here.

You can also catch Show Me The Body on their massive World War Tour.