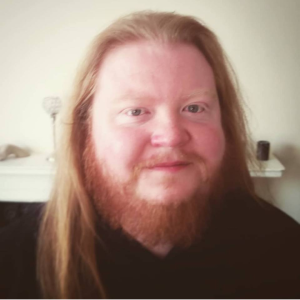 Cast adrift on a tempestuous and ravenous ocean, thrashed by the thunderous wrath of the tyrannical depression above, a solitary lifeform struggles to cling on for dear life. Strength waning and all hope abandoned, their mortal shell, naked for all the gods to see and wracked by the deluge of the planet’s fury, gives in to the inevitable and lets go of their primitive raft. Sinking into the colossal dark below they fade from memory, swallowed whole, never to resurface. Stripped and disassociated from their vessel, their spirit is welcomed into the everlasting warmth and beauty, pulsing to the sound of a cosmic heartbeat, ready for their timely rebirth. The invigorating power of Our Raw Heart, the long-awaited return of Mike Scheidt and the always majestic Yob, is as unstoppable as it is breath-taking. An emotional tour-de-force through the ouroboros, the endless cycle of life and death, this is a towering effort made only more staggering by the all-too-real journey behind its birth.

The might behind Yob’s music is unquestionable, testament to an illustrious career spanning over twenty years – few bands have the capability to move mountains and split the earth in two quite like the Oregon trio, and their eighth album proves not even the presence of Death can change that. Scheidt’s closeness to the immaterial shores is well documented, a closeness which, in fuelling the music and lyrics behind Our Raw Heart, moulds an experience unlike any other, one which by all cosmic purposes may not have even existed. Devastatingly heavy in every capacity, the album builds on everything Yob has created and injects it with a new sense of purpose, a purpose to live; it is this which makes even the quietest slithers of silence as deafening as the loudest and as expansive as the cosmic energy dictating our fates. Scheidt’s vocals strikes a chord in the hearts of all, a raspy brutality reflective of his traumatic experience, and gasping for freedom; his emotional delivery is as raw as the album title suggests, roaring with monumental prowess one moment and moving grown men to tears in the next. It is by far his most powerful performance.

At its tumultuous beginning, Our Raw Heart bludgeons and submerges all who are swept up in its death throes: the likes of ‘Ablaze’ and ‘The Screen’ crush with their sheer might, the impending doom of the former is met with the harrowing menace of the latter’s shredding of the flesh. What the album’s first half-hour deals in bone-shattering physical battery, the second half deals blow upon blow of emotional agony, as uplifting as it is moving, a staggering wave of intense passion. The smouldering tones setting ‘Beauty in Falling Leaves’ aflame are simply radiant and penetrate deep into the very depths of the soul. Awash with this warmth is a wholly spiritual experience, one which few songs have provided. But it is the wreckage inflicted by the title track which leaves the lasting impression, tearing up what fragility we have left and leaving it in tatters on the floor. As soon as ‘Our Raw Heart’ gets going, painting its sublime tapestry from its meditative and charged motif, it clutches deep and drags us out, open and exposed to our core. It is a rollercoaster of momentous proportions.

Whether you are a lifelong follower or completely new to the band or to this spectrum of heavy music, there is something to be uncovered even in the gloomiest of depths the music reaches. A cause for celebration, the relentless journey Yob puts the listener through cannot compare to that of Scheidt’s, but in its life-affirming essence is a very real connection to a spiritual world seldom returned from. An album built from survival, Our Raw Heart exhibits a power beyond comprehension, a near-perfect embodiment of pure sonic bliss in every shape and form. From its most physically crushing to its most gut-wrenching it demands our total attention, basking in its magmatic glow, and to be taken away by it. One of the most moving and impressive albums of recent memory by an unmovable monolith of modern music, it has to be heard to be believed. Transcending genre and even what we come to accept as music, this is an unforgettable experience that will stay with us until the dawn of our rebirth.