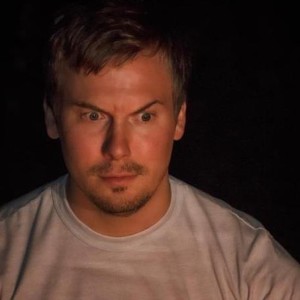 Show Review: Green Day & Against Me! at the DCU Center in Worcester, MA

Words and photos by Scott Murry

Awaiting the Green Day show at Worcester, MA’s DCU Center last Friday night I waxed nostalgic in the photo pit that I hadn’t seen Green Day since the Warped Tour in 2000. The youngest photographer in our group snickered— she was likely just 16 months old back then. That summer on Warped, Billie Joe Armstrong led drummer Tré Cool and bassist Mike Dirnt through a set that continually ended in flames—literally—Tré burned his kit for the climax of each show. It was an unexpected finish that drove fans wild at every stop. While flames are still a part of their trick-filled arena show, the big display in recent years is to bring fans on stage to perform in the band. It’s so frequent now that fans bring signs that suggestively inform, “I CAN PLAY GUITAR.”

Crowd surfing nearly half the arena’s length, a young fan approached atop the heads of strangers while Armstrong repeatedly clarified with him, “Are you sure you can play guitar?” After confirming his ability with unfettered exuberance, the green-haired kid (couldn’t have been over 10, not the lad pictured above) was hoisted to the stage. Warmly greeted with hugs, Grant from Rutland, MA had Billie’s guitar fitted on and was swiftly taught a three chord progression to cover “Knowledge” by Operation Ivy. Grant owned it, strutting the stage and carrying excellent rhythm. After celebratory hugs, Armstrong sent the kid off stage with the guitar saying, “I love that little bastard.” Maybe this happens every show, but it doesn’t have to, and it felt incredibly sincere. That kid is going home with an incredible experience that will undoubtedly influence his life, and if you just see a gimmick you have a heart of stone.

Before their mainstream success, and before their first EP; “Knowledge” is from a different era in Green Day’s lifetime. From the late eighties, it’s when they were a mainstay at 924 Gilman Street—a venue as influential and DIY to punk rock as CBGB’s. Upon hopping to the major labels in 1994, that scene largely rejected them afterwards. It got under Armstrong’s skin for years. Punk rock has a lot of rules, and is quick to refute those who break any of them. It stung bad to be shunned from his community. A Green Day show these days is a full family affair with parents and their kids coming out for a radio friendly evening. The band seemed to have made peace with their demons, and use their platform for good.

Amid big pyrotechnics, t-shirt cannons, and blasting the front rows with a hose, Armstrong spoke out to his legions in an inspiring tone. “Celebrate unity, no more arguing … we all live under the same flag: straight, gay, trans, it doesn’t matter anymore. We want revolution through evolution. I’m not gonna let some fat ass in a suit divide our country. We all come from different fucked up backgrounds. But it’s St. Patrick’s Day! We’re all gonna come together and get fucked!” (Did I mention this Friday show was the actual “green” day of our calendar year?) Armstrong dressed for the holiday with a green carnation adorning his vest.

Channeling the peacock stance of Mick Jagger his rock star stature was evident. They milked their short songs with extended bridge sections and repetitive arena chants of “Ayyyyy-oooooo,” but it was successful in bringing the large, sold-out space together. Jovially sticking his tongue out and joking with the crowd, he seemed happy and healthy at his throne immersing everyone in the moment. He sang “Boulevard of Broken Dreams” from their Grammy winning 2004 American Idiot under a dim spotlight as the stadium filled with swaying cell phone lights.

Judging by the guts and butts in the crowd, you could tell this is a band that has been around a while. Billie continued to encourage morality to the wide range of ages, “always look on the bright side of life. Never give up hope. Believe in standing for each other. Kids in school being picked on, families needing help or health insurance, we have to stand together. Support each other. Love, and respect, and compassion. Rock and roll can change the damn world.” The words are valuable but felt more like a scripted Broadway monologue. During the (first) encore, he wrapped up “American Idiot” by yelling, “Fuck you, Donald Trump!” as the chords buzzed out—it was good to see some of the iconoclast ideals shine through the rock star presentation. 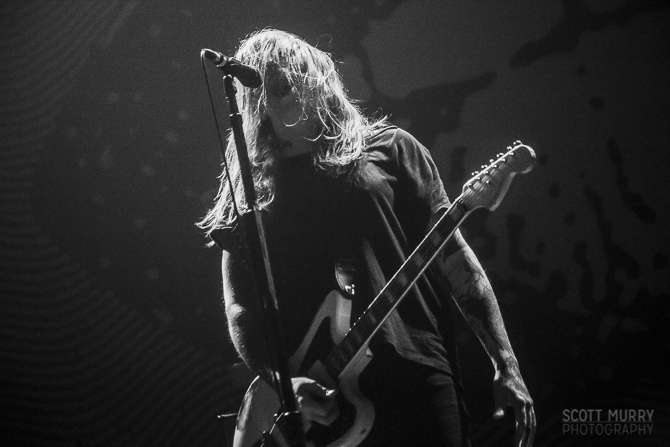 Against Me! has had their punk rock identity combatted through the years as well, but are catching another wind as Laura Jean Grace’s biography and songwriting are peaking. With just 30 minutes on stage, they wasted no time. Inge Johansson frequently busted down an imaginary door with Swedish high kicks to boost their stage presence. Drummer Atom Willard exploded as a showman with whipping hair, and flailing arms—a full workout. Grace’s vocals ached with sentiment through “Dead Friend,” despite having performed it countless times before. She also shared a pivotal story, “My first show was Green Day, and it changed my life. I wanted to be in a band, I wanted to be on that stage. I wanted to be a punk. 20 years later we’re here. At least one kid tonight will go on to start their own band and change the world.” Unfortunately much of the crowd looked at them as just another opening band … Their loss.