…Another year has passed, and here we metal heads are again zealously swarming together for a metal and shenanigans-packed day at Texas Independence Fest. Despite the Riverside district’s newly enforced outdoor concert regulations, this year’s Fest certainly did not fail to rally some of the most exuberant fans and incredibly talented bands for the Lone Star State’s one and only, annual metal extravaganza.

Last Saturday, April 14th, Come and Take It Productions brought together some of the heaviest, darkest metal bands in the scene for another epic year of The Fest at Come and Take It Live. Unfortunately, last year’s spectacular was just so spectacular and outrageous for all in attendance that the neighbors outside the venue requested some opposing constraints on the event’s execution. More specifically, the festival was required to cut its large, outdoor stage and limited the live acts to perform on the venue’s indoor stage. Even so, this limitation imposed by the venue’s musically-unenlightened neighbors did not stop more than 800 exuberant metal fans from packing the house to capacity on both levels of the venue.

The festival featured a total of seventeen metal bands, who played back to back sets, stimulating the crowd for an absolutely intense twelve hours of heavy metal mayhem. Fervent fans from across the state came to marvel and mosh to a mix of legendary and up-and-coming bands, such as Dying Fetus, Thy Art is Murder, Carnifex, Oceano, Fit for an Autopsy, Sworn In, Evergreen Terrace, The Browning, Rivers of Nihil, Enterprise Earth, Darkness Divided, and many more.

Each band brought its own flavor, complexity, and verve to the stage. San Antonio-based, metalcore band, Darkness Divided, played a particularly lively set for what they claimed would be their “last Austin performance.” I can’t imagine how any band can exhilarate a crowd like they did with a promise never to return… I guess, Austin will wait and see.

Next in line, Enterprise Earth, a deathcore combo that’s on the rise in the metal scene, blew fans away with their gnarly technical dexterity. Anyone standing close to the stage and in direct proximity to lead singer, Dan Watson’s pronounced screams, perhaps may need to have their hearing checked after their limit-pushing performance. 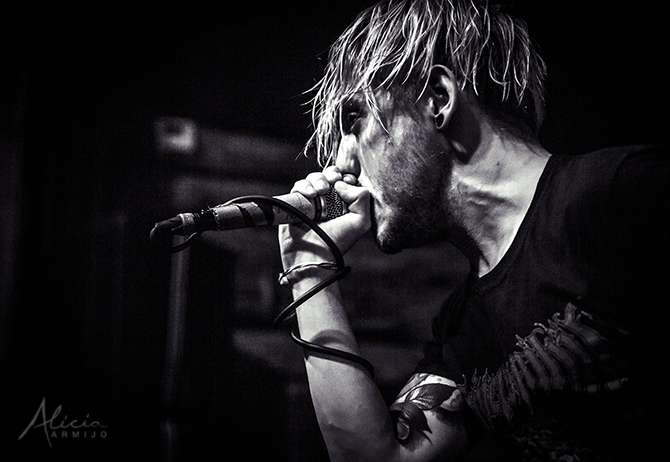 It is an understatement to say that Enterprise Earth paired pretty damn well with the bands that followed: Rivers of Nihil, Thy Art is Murder, and Dying Fetus. After embarking on a massive North American tour together that was reaching its end here in Texas, these four bands cultivated a synergy that could not be denied by this audience. 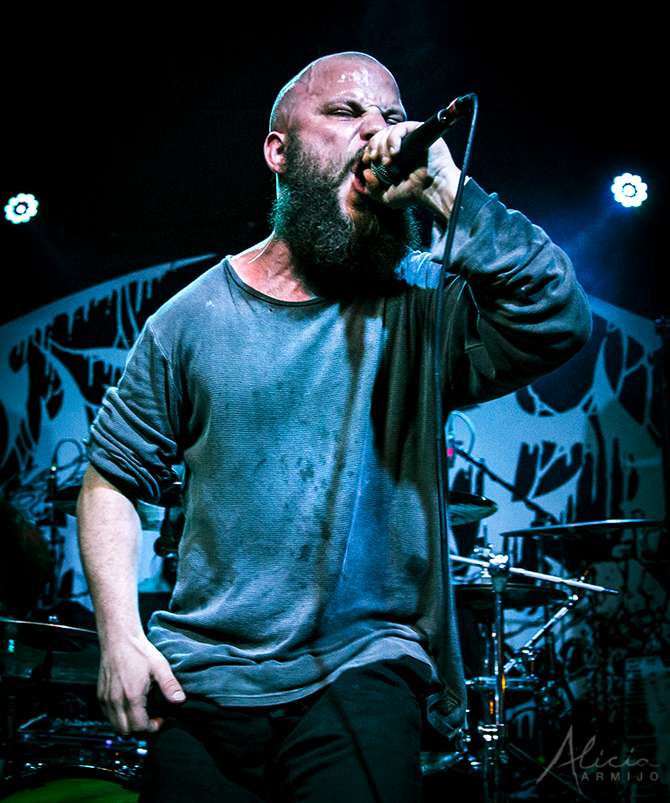 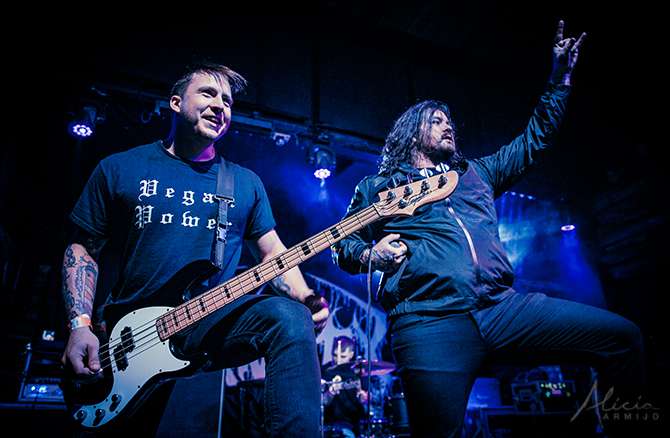 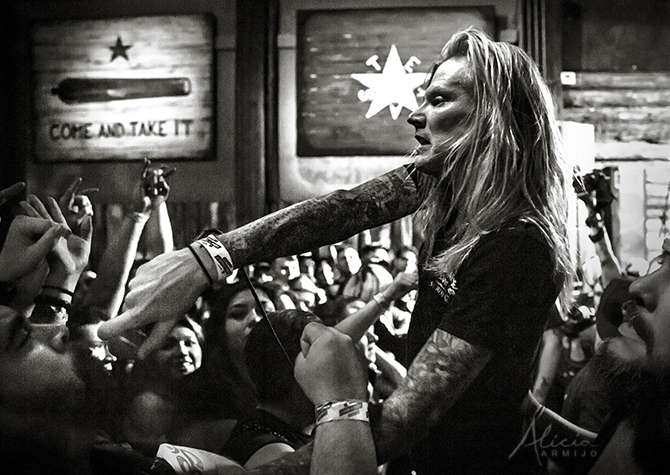 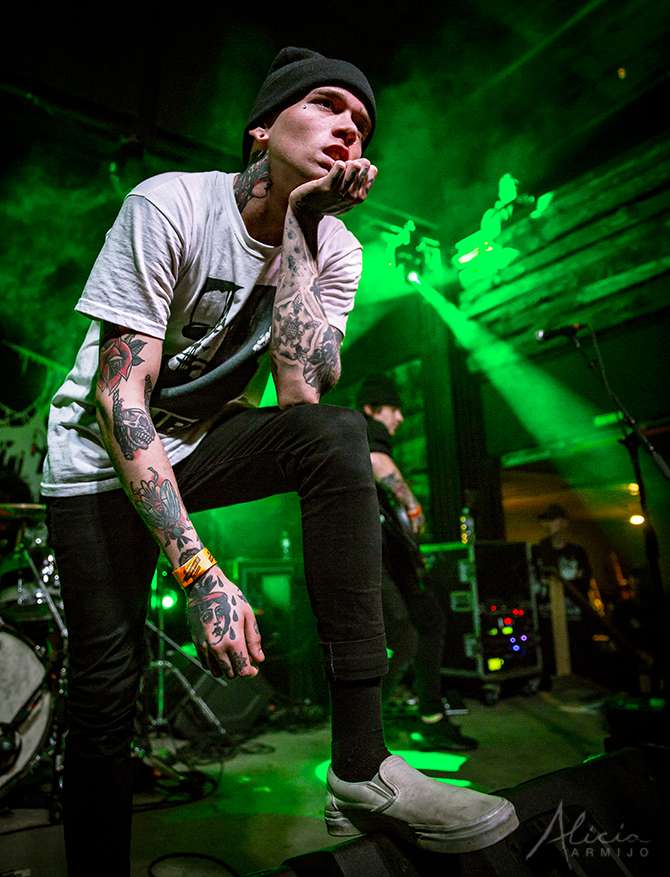 Thy Art is Murder, specifically, spellbound their fans into one of the most fearsome mosh pits that I have seen. The photo pit between the fans and the stage felt like a war zone as there were constantly fans barreling towards the stage as they gleefully crowd-surfed. The band certainly kept fans invigorated after a very long day, playing many new songs from their latest LP, Dear Desolation.

Last but not least, death-metal giants, Dying Fetus, played a commanding final set of the festival. They began their blistering set in perhaps one of the creepiest fashions that I have seen yet at a metal show. With a short opening musical cue from the innocent, hit song, “Tomorrow” from the musical, Annie, the trio thrashed onto the stage into a play of their technically adept 2000 hit, “Grotesque Impalement.” Throughout their powerhouse performance, the band delivered a vigorous and brutal set that fans had dreamed of all day. As the night came to a close, the crowd continued to feed off of one another’s enduring enthusiasm, which kept the mosh pit as roused as ever until closing time.

What makes Texas Independence Fest a noteworthy celebration among metal lovers is how incredibly amicable the bands are to fans in attendance. Members from all 17 bands could be found hanging out around the festival throughout the day. Their accessibility to hundreds of their fans for photo opportunities and enjoying the music together lent to a unique feeling of unity among the musicians and music lovers at this packed festival. This festival was certainly one for the books! Until next year, Austin!