“Always writing about my own personal issues is quite a self-involved act, and I just hope that these songs do actually reach out on a personal level to people other than myself,” declares James Dagg, vocalist of Brighton pop punks Six Time Champion, discussing the origin of the title for newly announced EP More Than Me. The band are gearing up to not only release the five tracker, but also generally get their heads back in the game following a period of respite. Recorded at The Outhouse with John Mitchell (Architects, Lower Than Atlantis), More Than Me sees the quintet slickening up, whilst still retaining the somewhat aggressive edge that has become their hallmark. Following the EP’s release earlier this month, Rich from the band decided to discuss the creation of the release, in this studio diary… 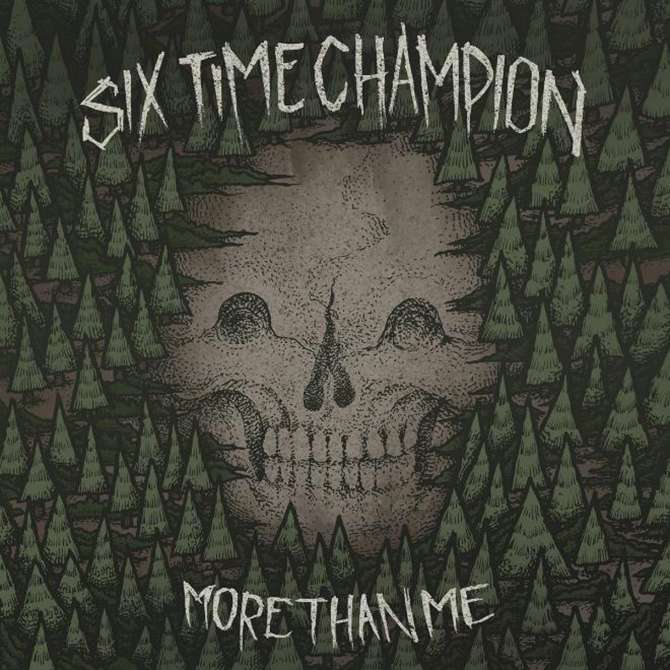 The writing process for More Than Me was very similar to our previous records, Myself (Rich) and Simon (Guitars) generally write the bulk of the music before bringing the tracks into the practice room to work on as a group. We’ll work on the parts and arrangements until we get to a point where we’re happy and then demo the songs properly at my house.

In terms of studio selection, we’d decided pretty early on that we wanted to record this EP at The Outhouse in Reading. We spent a few days with John Mitchell last year recording a single and were keen to go back there for this session. John and his Assistant Simon are a lot of fun to work with and definitely get good results. But this time around we decided that getting a different perspective on the tracks was something we should consider and so we sent the demos over to John ahead of the session, with him coming back with some pretty good feedback. We took this on board and tweaked a couple of the songs and they definitely benefited from it. 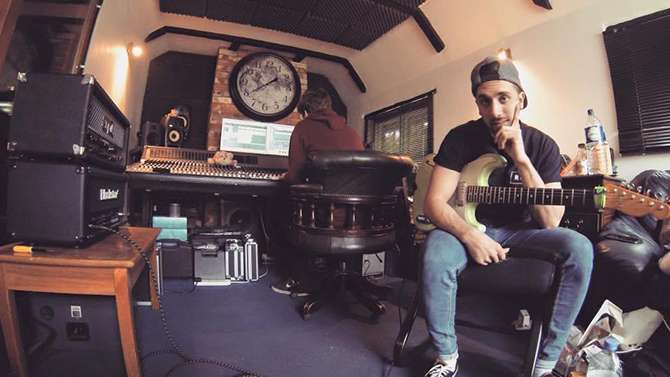 The recording process itself was pretty straight forward, we started with drums and I tracked all my parts in just over a day. We didn’t really try too much in the way of experimenting as we had a pretty tight schedule to keep to so just concentrated on getting solid takes.

Once the drums were tracked we moved onto Bass which Steve smashed out pretty quickly. I think the incentive of ‘The Alpha Board’ was a pretty big motivation for him to get his parts done efficiently.

For a bit of background, since Hus joined the band late last year, him and Steve seem to be constantly competing with each other as to who is alpha male between them. The rest us think they’re both idiots but with this session being the first time we were all together for an extended period of time, I saw an opportunity to put an end to it and created the alpha board. It was basically tally chart of the amount of mistakes they made recording their parts, FIFA losses and general stupidity which were recorded in the form of wasteman points. The person with the most points racked up at the end of the week was the loser and therefore beta male. 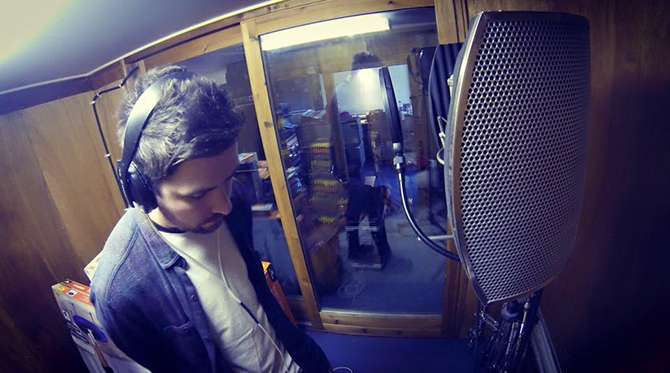 Once the bass was tracked, we spent the rest of the week switching between tracking guitars and vocals. Guitar wise, once we’d decided on tones both Hus and Simon nailed their respective parts pretty quickly and everything went smoothly. We’d finish tracking guitars for a song and then move on to vocals for that track. This was a similar format to the way we recorded Expecting Honesty meaning that we could ensure that James’ voice was in good condition throughout the session. It’s at this point where there benefits of working with John really come through. His ear for both vocal parts and guitar tones really helped fill out certain parts of the songs. We learnt a lot from him when we recorded the single last year so had actually written a lot of harmonies before we went, but he still managed to bring fresh ideas to the table that sounded great.

Once the songs were tracked we had a couple of days booked in to mix the EP, once this was done we sent the tracks off to Alan Douches for mastering. Alan nailed the mastering on Expecting Honesty so again we didn’t really consider anyone else to work on this one for us.

Overall we were really happy with the end result on this record, the production style is definitely different to our previous recordings but I definitely think it added to the songs in a pretty big way.

Oh and if anyone was actually interested, Steve won the Alpha competition and still lords it over Hus on an almost daily basis… It didn’t really solve anything.