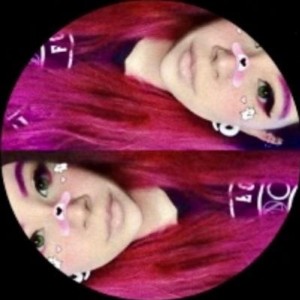 Hey Violet are a pop-rock band from Los Angeles, California that were no stranger to the music scene when they formed the band. After making music under a different name, the band freshly started making music under Hey Violet in 2015. Now consisting of Rena Lovelis, Nia Lovelis, and Casey Moreta, the trio have been working on and releasing new music this year as well as giving fans some behind-the-scenes footage on their Twitch page.

During the Twitch streams, the band shares their writing sessions, and more. Over the years, Hey Violet have created music videos that beautifully help tell a story to match the lyrical content for each of their songs.

Out of all their videos, here are five of our favorite music videos in no particular order:

This catchy pop-punk track always gets us up and dancing. With lyrics like, “Don’t wake me if I’m dreaming / I could stay here all night,” we visualize a party, and that’s exactly what the music video is! Throughout the video, the members of the band are jamming out with their friends and breaking a piñata that doesn’t have candy, but tons of confetti and glitter. We think every party is a little more fun with some glitter.

We promise we didn’t choose this video because of the piñata, but there is one in this music video, too! Unlike the previous video, the piñata stands for a broken heart that’s being crushed by the bat in Rena’s hands. With lyrics like, “Tell me you’ve never loved me / Tell me that it wasn’t real / Just say you’ve found somebody else,” we feel that the breaking of the piñata symbolizes all of the angry and sad emotions being released all at once, so the healing process can quickly begin. By the end of the video, the band is together having a great time, so that it’s almost as if nothing bad ever happened to begin with.

This song and music video represents the feeling of anyone who has ever kept an item from someone they cared about and refused to let go of it. With lyrics like, “I’m still rocking your hoodie / And chewing on the strings / It makes me think about you / So I wear it when I sleep,” the music video shows Rena rocking her significant other’s hoodie till the very end. The visuals are stunning as we see her past happy memories with that person that she remembers all alone in her room.

In this retro-styled video, the song is about getting out of a relationship “clean,” but we love how they incorporated actual cleaning into it. The music video starts off with Rena cleaning the dishes and vacuuming and then throwing the dishes to the ground to hint that the relationship is over. We feel like the scene of Rena in the bathtub goes with the lyrics, “Your fingerprints / There ain’t a sign of them on my body,” as she cleans off all the negative energy. We also love how she meets up with Nia (her real-life sister) by the end of the video for a girls’ night. Even though Casey played the person she left in the video, it was nice seeing all three of them out of character and smiling at the end.

This music video is the one of the bands’ newest releases, and was beautifully filmed in what seems to be the same room at different times. With lyrics like, “I wanted acceptance, you wanted perfection,” the video expresses the sadness and beauty of a relationship ending. We love how the effects on the walls of the room make every scene unique, even though it’s in the same place. Seeing some chorography from Rena was also something new and expressed a lot of the confidence that she might’ve felt, being able to love who she was no matter what someone else felt. In the end, we are all wonderfully unique.

By the way, starting April 30, you can catch Hey Violet on tour on the West Coast.