Toronto punks The Flatliners have announced the upcoming tour dates to celebrate the 10th anniversary of their classic sophomore LP The Great Awake. The Flatliners will be joined each night by A Wilhelm Scream, as they’ll be also be celebrating a ten year anniversary of their own, the quintessential Career Suicide. Each night both band’s will perform the albums in full, turning back the clock to a fertile time in both band’s history.

Frontman Chris Cresswell reflects, “We can’t believe it, but it’s been 10 years since we released our album The Great Awake…

All the way back then, we fired off a message to one of our favourite bands – A Wilhelm Scream – on MySpace (yes… MySpace…) asking them to join us for our record release shows. They obliged, and subsequently embarrassed us on stage every night with their incredible level of musicianship and overall presence. An inimitable friendship was born, and one that’s seen us play in over 10 countries together over the last 10 years, making a hell of a lot of memories along the way.”

He adds, “On this same weekend of shows in 2007, we were lucky enough to get a glimpse of some early mixes of their then-upcoming album Career Suicide. It was like being a told a secret you couldn’t wait to share with the world. Our minds were blown. We thought nothing would be better than to celebrate the 10th anniversary of both these albums together. So come see it live. Come see A Wilhelm Scream continue to embarrass us all these years later!”

Still comprised of the four original steadfast members, The Flatliners continue to build on the enduring connection that brought them together 15 years ago. A testament to perseverance and dedication, The Flatliners have logged countless miles on the road and amassed a dedicated legion of fans since the band’s inception. The Flatliners latest release Inviting Light is out now via Dine Alone Records. The album signifies a new chapter for the group who continue to hold fast to the DIY punk-rock ethos that has been at their core since the beginning.

Grab our Flatliners cover issue by clicking the image below! 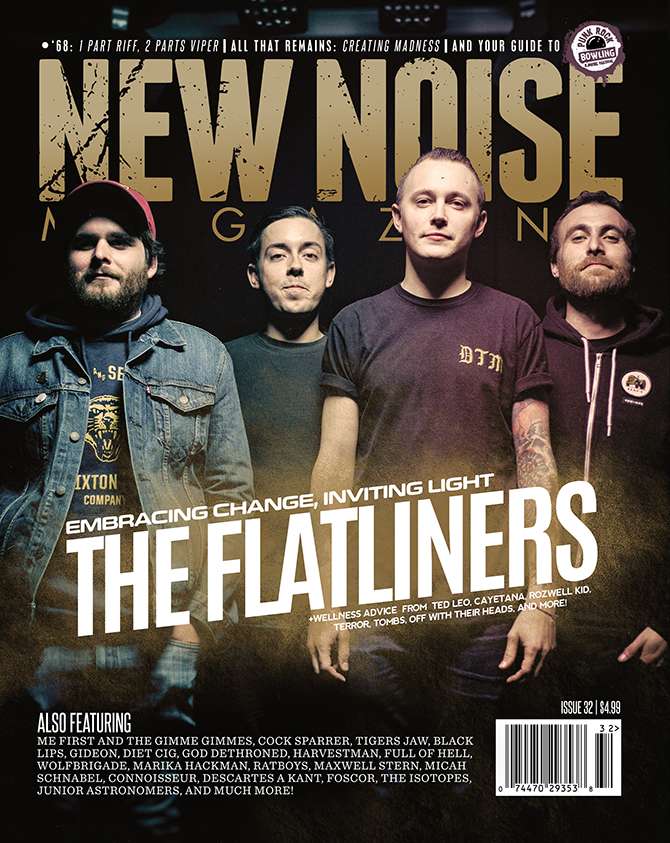