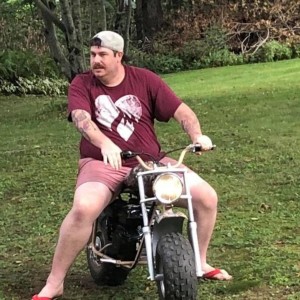 Interview – In Her Own Words New Era is Holding Strong

After two and a half years of sitting idly by, waiting to see what the live music scene was really going to do now that the COVID pandemic is seemingly here to stay forever, much like the common flu, sits some of the ready to fully break out bands. Instead of sitting on their hands, the crew of In Her Own Words decided to push forward and be ready to strike with their best work yet and are now reaping the benefits. A month removed and some live shows encapsulating everything the group wanted and more, it’s still a surreal feeling.

“It’s shocking,” shares vocalist Joey Fleming. “For the record only being out for a month, people already know all these songs. It’s really nice to see people singing back songs that they’ve only really had a month to live with. It feels really good.”

“Distance or Decay” is the band’s 4th LP, first since 2019’s “Steady Glow.” A fair amount of the time, as the band starts to really hit their groove, they try and experiment a little outside of their normal sound and often face backlash from fans, but luckily, In Her Own Words has seen a majority of positivity since the release. There’s not much that can truly derail something as prominent and important as the music industry but In Her Own Words bided their time wisely.

“It was a process of about two and a half years in the making,” shares Fleming. “Making the record [with] all the blood, sweat and tears, as cliche as it sounds, it’s true. To have it out, there’s an insane feeling. There were points where we thought that maybe it was gonna come out or maybe something’s gonna get in the way like COVID did, but just having that [released] was just a breath of fresh air.”

The group chose to shift gears on putting together the album and booked a Airbnb in wine country in central California for a few weeks to really focus on writing the best twelve songs they could without having to worry about all the outside negativity the world was harnessing. The record they created focuses on a split, Distance / Decay, that tackles the emotions of uncertainty in the first half and those surrounding closure in the latter.

“I’m excited for the final outcome,” says Fleming. “Right when you flip it, that’s when the key portion of the record comes out. [That’s just the] way that happened and it blew my mind. I was like, wow, that’s gonna be actually perfect. That’s crazy.”

It’s been about a decade of steady growth for In Her On Words, but now it’s time for them to take it to the next level and “Distance or Decay” is just the stepping stone they needed. The record has only been out for a couple months, but it is destined to make big waves in the community and beyond as they strengthen this new foundation. They have friends, they have family and they are here to stay.

“It’s definitely a blessing. I know a lot of people that don’t have that support system. For some people, music is their support system, so it feels good to be that safety net for some of the people that have been saying our songs touch them. It’s a really good feeling.”

“Distance or Decay” is out now via Thriller Records

In Her Own Words is: