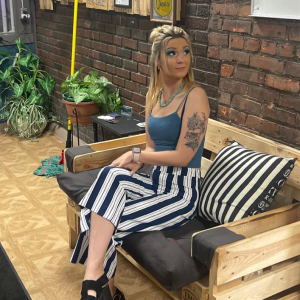 Interview: The Early November on a New Record and Nostalgia

The Early November are set to release their forthcoming record, Twenty due out October 14 via Pure Noise Records. The record gracefully melds a world of nostalgia while highlighting the band’s ability to successfully create refreshing new music.

We had the chance to talk to drummer Jeff Kummer about the new record and the influences behind it.

Your new record, Twenty, embodies hints of nostalgia while looking towards the future. What inspired you to combine old tracks with new ones on this record.

The idea was always to create an album that celebrates this 20-year mark. We knew that we wanted to re-track some fan favorites that were never given a chance to shine. Naturally, we’re always writing. As we are sifting through older songs, re-working, re-recording. We’re also trying out new ideas. Everything starts influencing which direction you move, and we try not to fight that to see where it takes us. In the end, we found ourselves puzzle-piecing a mix of old and new that cohesively hit the right tone. One foot in the past, the other in the present.

Songs like “Make It Happen” were revamped from its original 2005 acoustic rendition from The Acoustic. What was it about that track that made you want to bring it back to live on this new record?

It’s one of those songs that our fans have been requesting at shows for years. We tracked a full-band version to release on The Room’s Too Cold in 2003 but decided to leave it off. While digging through old recordings, it was clear to Ace and I that we needed to get this out on an official release.

You’ve noted that you had to come back to some of these songs nearly 20 years later is like reconnecting with who you used to be. Can you explain how it felt to put yourself in your past position?

There was a day in the studio where the only thing we did was listen to old demos. That was a really cool moment. Just Ace and I talking about where we were back then, what we were going through, etc. These memories were just kicking up like dust. It was a pretty special thing to see how literally one song can unlock old feelings and stories in the blink of an eye. The whole process was kind of like “Hey, do you remember who you were 20 years ago? Well, he’s right here if you want to talk to him.”

With giving these songs a chance to shine through, were there any changes you wanted to make to the older tracks that you didn’t to keep the integrity of the song intact?

The whole process felt very natural. There were some slight changes when it comes to a few older tracks, but nothing that felt forced in any way. These songs weren’t shelved because they weren’t good enough. They just didn’t feel like they belonged on the albums we were making at the time. It’s so odd that over the course of 20 years, these outliers all flow together on a record that really hits a specific tone. Time is wild like that.

How did revisiting the previously released songs influence the writing process of the new songs?

Ace could probably speak more to that from a writing perspective, but for me, it was to not overthink anything. When I was younger, my playing would just happen, and it would be what it would be. There’s beauty in that. That’s what makes me who I am. When it came to working through the new tracks, I just let it rip.

If you were to point fans in the direction of a song that you feel sums up this record, what would you direct them to?

I don’t think there is one. We’re not a single type of band. We’ve always been an album band. I could point fans to my personal favorite track, which is “Over My Shoulder.” However, that’s the song that’s most special to me. The only way to sum up this record is to start at track one and end at ten.

As 2022 comes to an end, do you have any plans in supporting the new record that fans can look forward to?

Our 20th Anniversary tour with I Can Make a Mess and Vinnie Caruana of The Movielife starts very soon. Tickets and VIP packages are on sale for that now. There is much more in the works, but as you know… it’s not official until it’s etched in stone. We’re very excited for it and really can’t wait to see everyone who’s been a part of this train for 20 years. It’s truly been one hell of a ride.