Album Review: Megadeth – The Sick, The Dying…And The Dead!

It’s been well documented the hell Dave Mustaine has been through in the past decade. His victory over throat cancer and emergency neck surgery would be enough to shelve most people, but he’s fought through, continuing to tour and release new Megadeth material. And with the thrash metal pioneers’ 16th album, The Sick, The Dying…And The Dead!, Megadeth is sonically spitting in the face of adversity and even death!

The title track appropriately opens the full-length with a “bring out your dead” sample leading into a solemn guitar riff. When the song kicks into gear, the stellar sound production courtesy of Mustaine and co-producer Chris Rakestraw (Danzig, Parkway Drive) assaults the senses. A demented nursery rhyme during the bridge adds a nice touch to the track’s overall theme of suffering. There’s another dark section in the bridge of the speedy track that follows, “Life in Hell”, where Mustaine recites a disturbing inner dialogue in his deep snarl.

The lack of range in Mustaine’s vocal pitch throughout the record is a minor letdown but totally understandable given his health issues. Joining him on “Night Stalkers” for a guest vocal is the vitriolic rapper/hardcore singer Ice-T (Body Count). The single is chock full of galvanizing and giddyup tremolo riffs, accentuating its guerilla-tech-warfare vibe. A singeing bass lead by studio fill-in bassist Steve DiGiorgio (Death, Testament) follows a dramatic acoustic guitar & strings bridge, ushering in the final round of hair-whipping mania.

“Dogs of Chernobyl” is a piece of dystopian theatre that emanates a heart-wrenching atmosphere of neglect and isolation. Its majestic and heroic intro set the mood properly. Another track that comes down the line with a debilitating aura is “Junkie”. However, with a dark sense of humor, the chorus can give off a hair metal impression by how the “junkie” subject is being addressed directly by Mustaine and how he romantically stutters the term at the end.

The song that represents Megadeth’s “return to form” the most on the album is “Soldier On!”. This banger would fit perfectly on their Countdown to Extinction album and also shows shades of “Five Magics” (off the Rust in Piece album) in its pre-chorus. It’s heavily laden with those distinct, devious, anti-hero Megadeth riffs, licks, and melodies that metalheads grew to love.

“Mission to Mars” is commendable for its cinematic qualities, but it’s the cheesiest song on the full-length; it’s space-surfing metal. But don’t fret, the quartet finishes strong with the closing track “We’ll Be Back”. By showcasing frantic tremolo riffs, a catchy hook, and a Mega-beatdown at its end, this rager rams the album’s point home that Megadeth will forever be a force to be reckoned with. 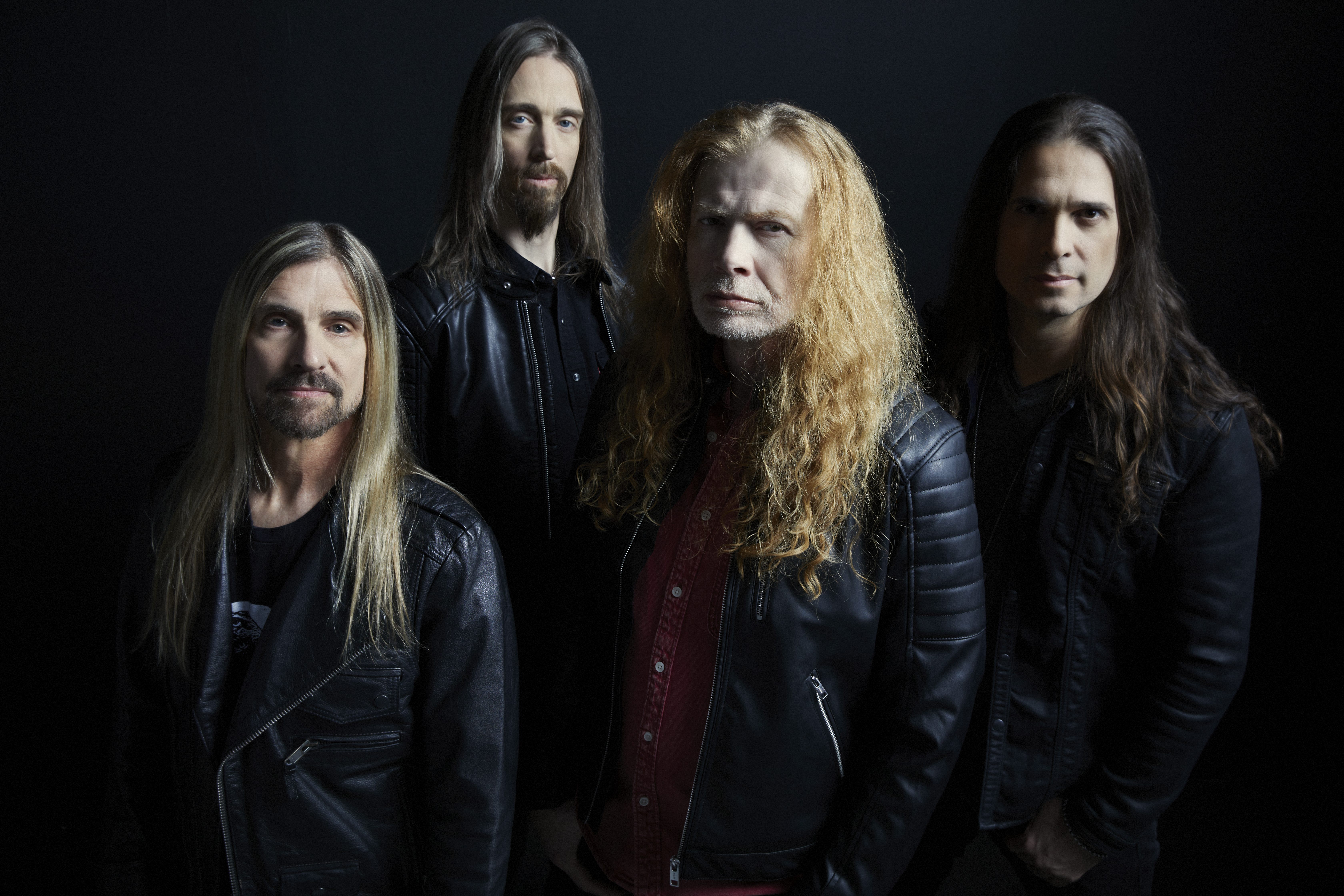